Though the Cobblers have had the better of results in the recent years we delve back to December 2019, when City ran out 3-2 winners at EX4.

Exeter were on the back of a seven game unbeaten run in all competitions ahead of this one and made the solitary change from the FA Cup draw against Hartlepool a week prior- Ben Seymour dropped to the bench for Alex Fisher.

Ryan Bowman came closest to opening the scoring for the Grecians in the early exchanges. The striker shifted the ball onto his right-foot and curled an effort just wide of David Cornell’s post.

Andy Williams had a decent chance at the other end as he headed over a decent looking cross. But City’s failure to deal with the wide ball on occasions caused problems on 32 minutes, and Northampton took the lead.

Nicky Adams sent a ball in from the right. Aaron Martin’s half clear fell kindly to Callum Goode on the edge. The defender brought it down and fired home for the Cobblers. 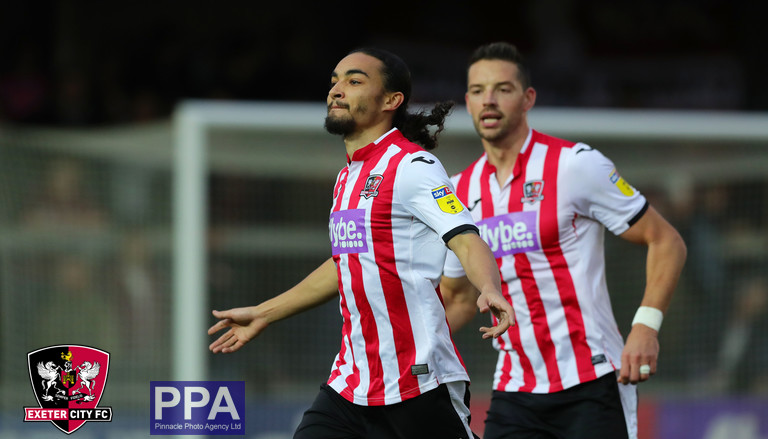 City needed a response before half time and duly got it through the ever exciting Randell Williams.  The winger cut inside onto his left-foot, pulled away two Northampton defenders and squeezed a shot into the near corner from the edge of the box- taking City into the break level.

Early into the second half, Exeter almost took the lead through the impressive Jack Sparkes. His free-kick collided with the foot of the post and Northampton survived.

Paul Anderson was a Johnny Maxted intervention away from putting Town ahead. The City keeper scrambled to flick the desirable cross away from the midfielder.

Alex Fisher almost snatched the lead for City when he met Ryan Bowman’s low cross. The Town defence were able to maul the ball on the line and stop the Exeter striker from scoring.

But it was the most basic of goals which became the order of the day for the Grecians and Aaron Martin headed the reds in front. A short corner routine between Nicky Law and Randell Williams allowed the latter to stride into the box and chip into the crowded area. There was Martin with the simplest of tasks in heading into an empty net. 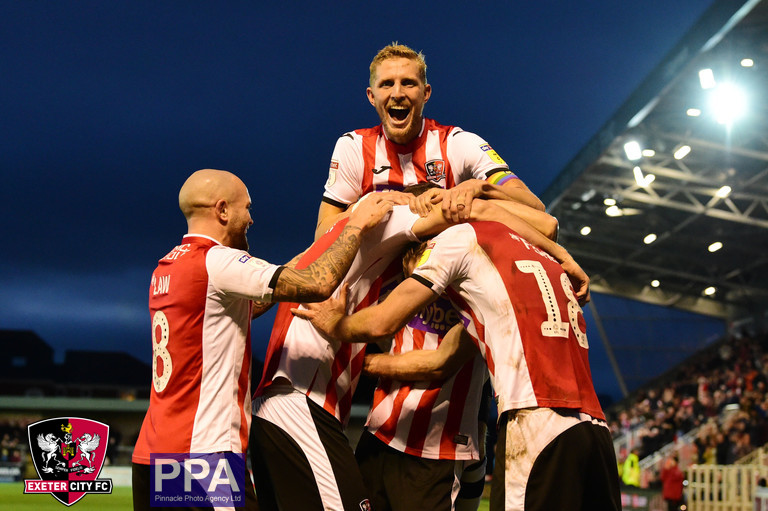 And within a minute City were celebrating their third of the evening. A gorgeous ball from Jack Sparkes was too inviting for Alex Fisher to climb to. The downward header gave Cornell no chance and the game seemed out of sight.

Bowman came close to making it four when he whipped a shot wide, but Sam Hoskins at the other end made it a nervy last few moments for City. The Town man skipped through and stroked home.

The Grecians held on and would go on an eleven league game unbeaten run. A record broken by this season’s ongoing tally. 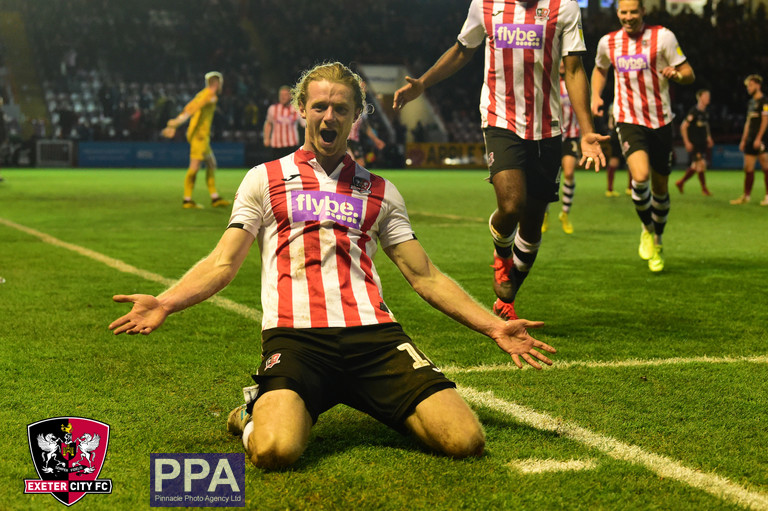 Watch our SJP360 from the memorable night below.