The Grecians will be looking to secure two league wins in a row when they face League Two's in form side, Bradford City, at SJP on Saturday.

City were 1-0 winners away to Stevenage on Tuesday evening with Rory McArdle's first half header securing all three points. Former Bantam McArdle will be unavailable for the Grecians this weekend though as he recovers from an injury picked up in the closing stages of that match.

"It's a shame the fans can't be there. It's one we are expecting to be a high quality game," he said.

"Bradford have recruited really well in January and their form shows what a great set of players they have. But they're coming to our place. 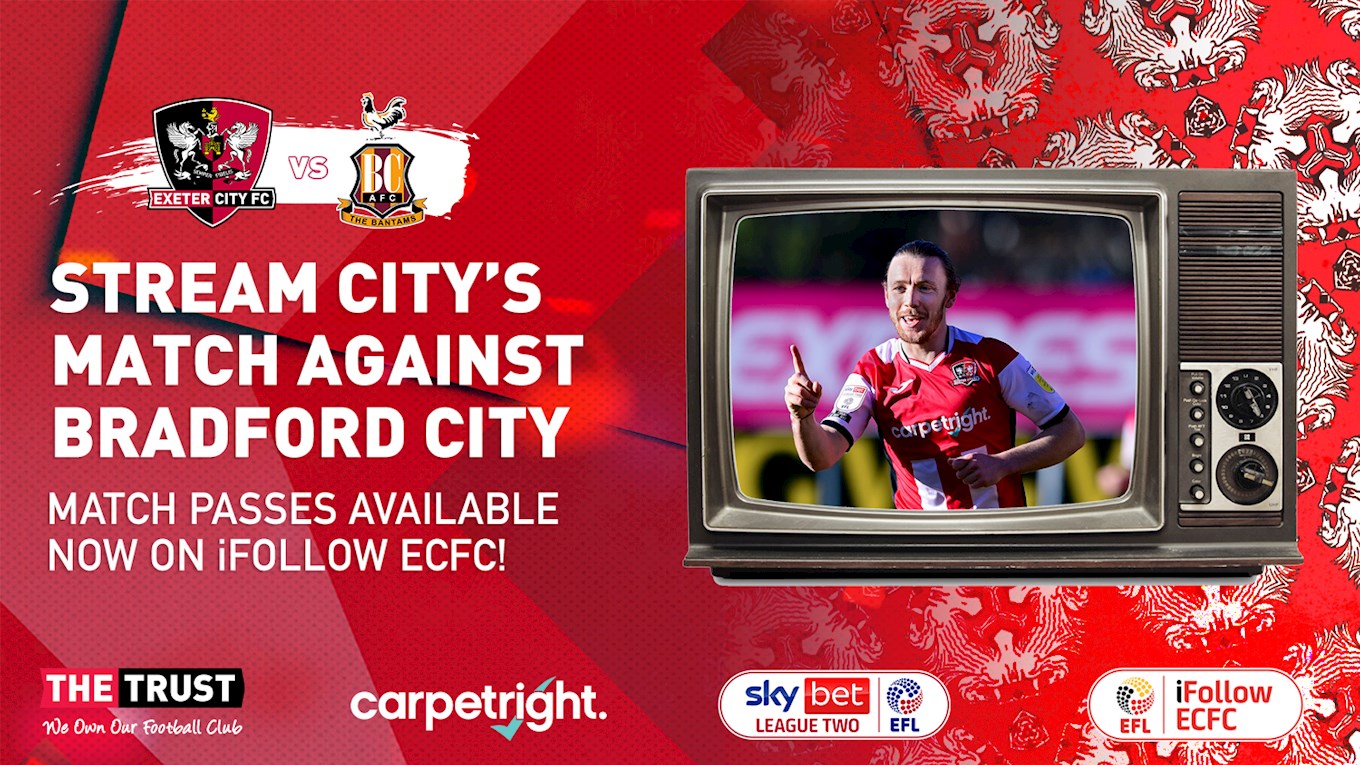 Danny Rowe and Calum Cooke were on target for the home side either side of Scott Quigley's penalty.

Ryan Bowman and Matt Jay put City ahead after Billy Clarke's early opener, but Reece Staunton pegged us back and we had to settle for a draw.