Exeter City are looking to make it four wins from five - and three on the spin away from home - when they head to the People's Pension Stadium to face Crawley Town at the weekend.

Having gained ten points from a possible 12 in February so far, City head to West Sussex in high spirits following Tuesday night's 2-1 win at Colchester, thanks to a first Grecian goal for Robbie Willmott and Ben Seymour's opening league strike.

Crawley were beaten 2-1 at Grimsby Town on Tuesday night, despite a brilliant free kick from Jack Powell, but were victorious at the weekend - also against Colchester United - as James Tilley fired home in the 93rd minute. That was the Red Devils' first win since they FA Cup scalp over Premier League side Leeds United in January.

The Grecians have a good recent record at the People's Pension Stadium, winning three and drawing one of their last five matches there.

"They've had some huge results this season. They are a dangerous team full of energy," Taylor said.

"But, we go there with a bit of confidence. We know about their threats, but we are still looking for inputs of energy onto the pitch.

"Any fresh players coming into our side know they have to perform and keep our standards. 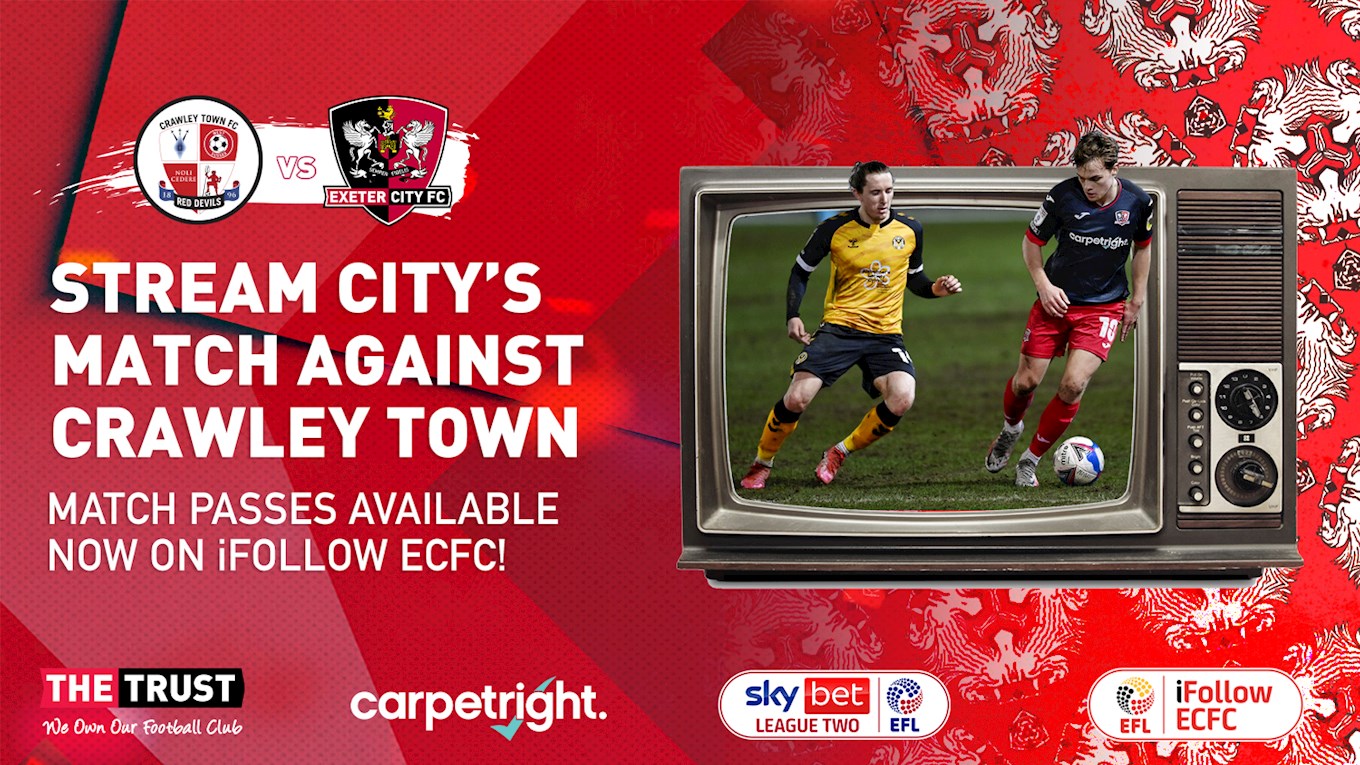 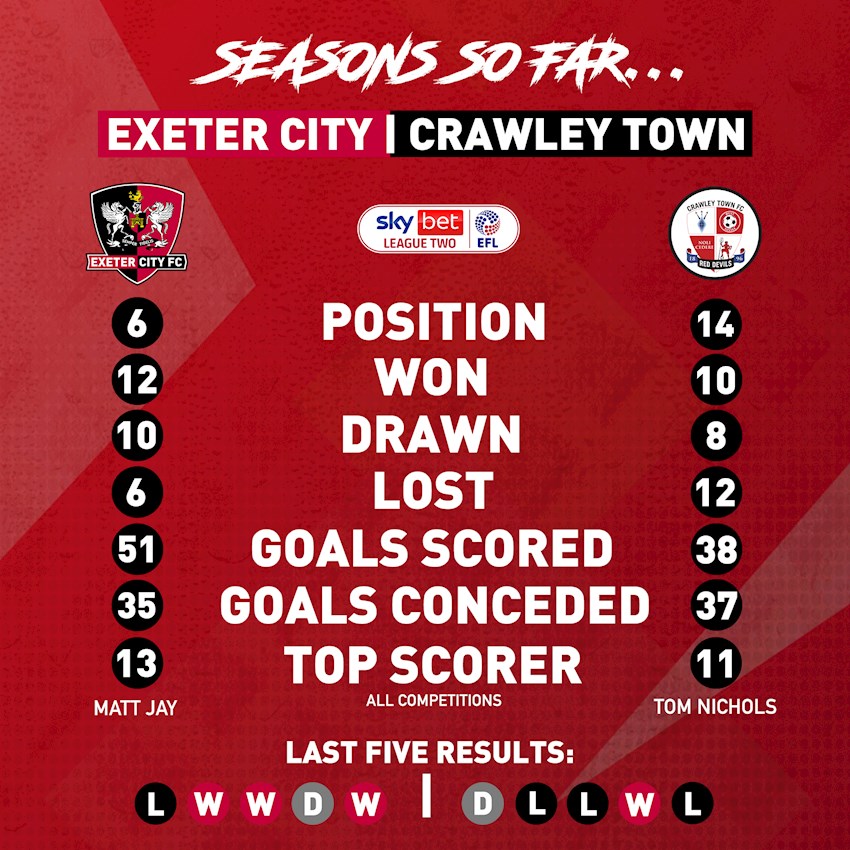 Former Crawley midfielder Filipe Morais and Joe Adams were on the score sheet for the hosts, either side of Jack Powell's free kick as the Mariners picked up their first league win since beating Crawley away from home in November.

Ryan Bowman's lucky deflection turned out to be the winner as City came from behind at half time to secure three points. Max Watters open the scoring for Crawley before Jake Taylor equalised, before Bowman hit the back of the net via his backside.