Jazz Hervin is most synonymous with Exeter City Women’s Team supporters for her role in the Grecian’s 2018/2019 Title Winning Season, a year in which Jazz held the most appearances for the team as they dominated the League Campaign.

“I started playing local football for a boys’ team and a girls’ team, as well as for my school. Exeter City Centre of Excellence were holding trials and I decided to go.” Jazz would be successful in her trial and graduated to the First Team Squad at the age of sixteen, making her debut a year earlier at only 15 years old. “Naturally, as a young player, I didn’t get too many minutes, but I learned so much about high standards and being tough from the experienced players that were around me.” 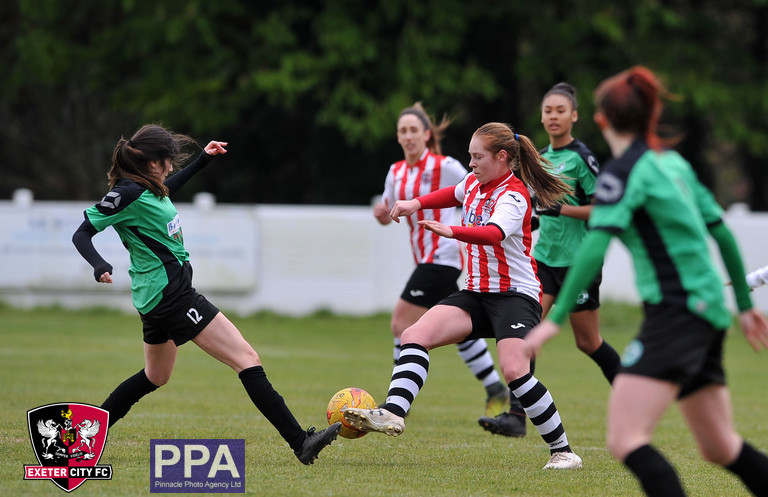 Jazz would step away from playing for Exeter City at the age of seventeen, in an effort to gain more playing experience, but also to begin the start of a journey that would lead to some rather unusual roles. An opportunity would soon present itself at Yeovil where Jazz would mange the Club’s Development side. “We had a very talented team which saw around eight players make their first team debuts, some of which became regular starters and three receiving England Call Ups within our squad.” Alongside her work with the Development Team, Jazz was also able to involve herself around the First Team, Yeovil consistently being the flag bearer for Women’s Football this far south with a highly successful approach. “It was exciting to be on the training pitch with Welsh and English internationals as they prepared for their next game. Management is definitely something I will look to be involved with again – most likely when I stop playing football myself.” 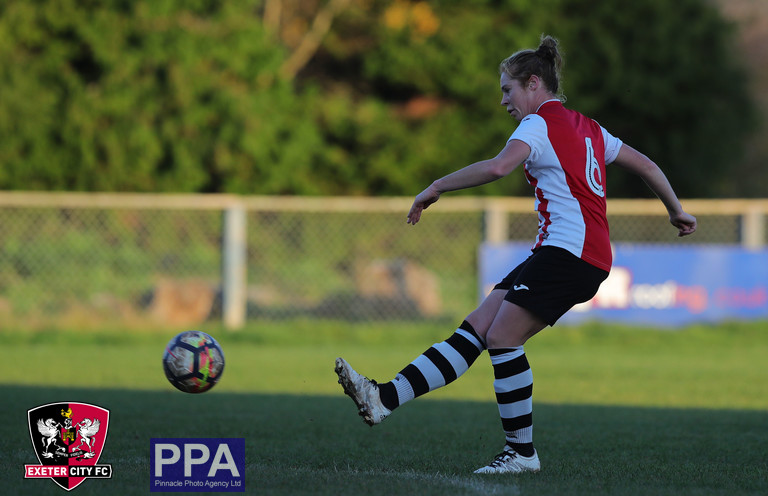 Jazz’ international connections would begin in 2015, as she was appointed Team Liaison Officer for Canada at the Cerebral Palsy World Cup. “The position was advertised through the FA. I met with the Canadian Squad and once they knew of my coaching background, and to the level I had coached, they asked me if I would be happy support in training preparations and be pitch side through the tournament. It was an amazing out of the blue experience and I loved every second, I am very grateful, they are truly such a fantastic group of professionals and people.” Canada would miss out on Qualification for the latter stages, despite an opening game victory over Northern Ireland. They would go out on a high though, winning their two final positioning games against Venezuela and Portugal to complete a successful tournament.

Those international connections would expand with a period in China, offering some valuable and unusual experience. Jazz explains. “I was working with Talent ID within Professional Football. Working with such high-profile businessmen and women in China was a great eye opener in learning about their business culture.”

Jazz returned to Exeter City in 2016 with perfect timing, an exceptionally talented squad was being assembled that would ultimately result in a return to National League Football in 2019. “Being part of that squad was brilliant. I have so many amazing memories and I learned a lot being one of the more senior players. I would like to think I helped a lot of the younger players coming in. We were a very close squad and pushed each other to the highest standards and I absolutely loved that.” In Jazz’ two full seasons as a key member of the City side, they would lose only 7 of their 42 League matches, taking the title in 2019.

After making over fifty appearances in the Grecian’s successful two-year period, including an appearance playing at SJP in a Devon County Cup tie played in front of over 600 spectators, Jazz is now settled at Saltash. “It has been a great move. I am really enjoying my football, despite it being a stop start season for us all with COVID. I have been impressed with the club and how they have been supporting their new Women’s team. We are sitting nicely at the top of the league and I am happy to be getting assists and goals on the board.”

Having worked for the FA for fours years, managed at Yeovil, managed in the men’s game with Stoke Gabriel, travelled abroad, coached Girl’s Development football at Exeter City and completed her UEFA B Licence, it is fair to assume that Jazz is someone who enjoys a challenge. So, for someone who thrives to be their best, what next? “I love a challenge when the time is right and at the moment I am finding challenges within what I am involved with. Returning to Exeter City in a coaching capacity with the Women’s Team is something I will never say never to, who knows what the future holds?”