Exeter City are in League Two action at St James Park on Tuesday night under the lights, against Morecambe in a 6pm kick-off.

The Grecians will be looking to build on Saturday's 3-1 win over Stevenage as they face a Morecambe side that sit two places ahead of City in sixth place, having played a match more.

City goalkeeper Jonny Maxted says his side are full of confidence going into Tuesday night's game against in-form Morecambe at SJP.

After Saturday's 3-1 win at home to Stevenage - City's first victory of 2021 - they will be looking to make it six points from six against Derek Adams' side, and Maxted understands the task ahead.

""The boys are confident going into it, we know it will be tough but hopefully we can push on," he said.

"We have to be keep the confidence up and the momentum going. The lads have been brilliant recently and we have a really strong defensive unit in front of me." 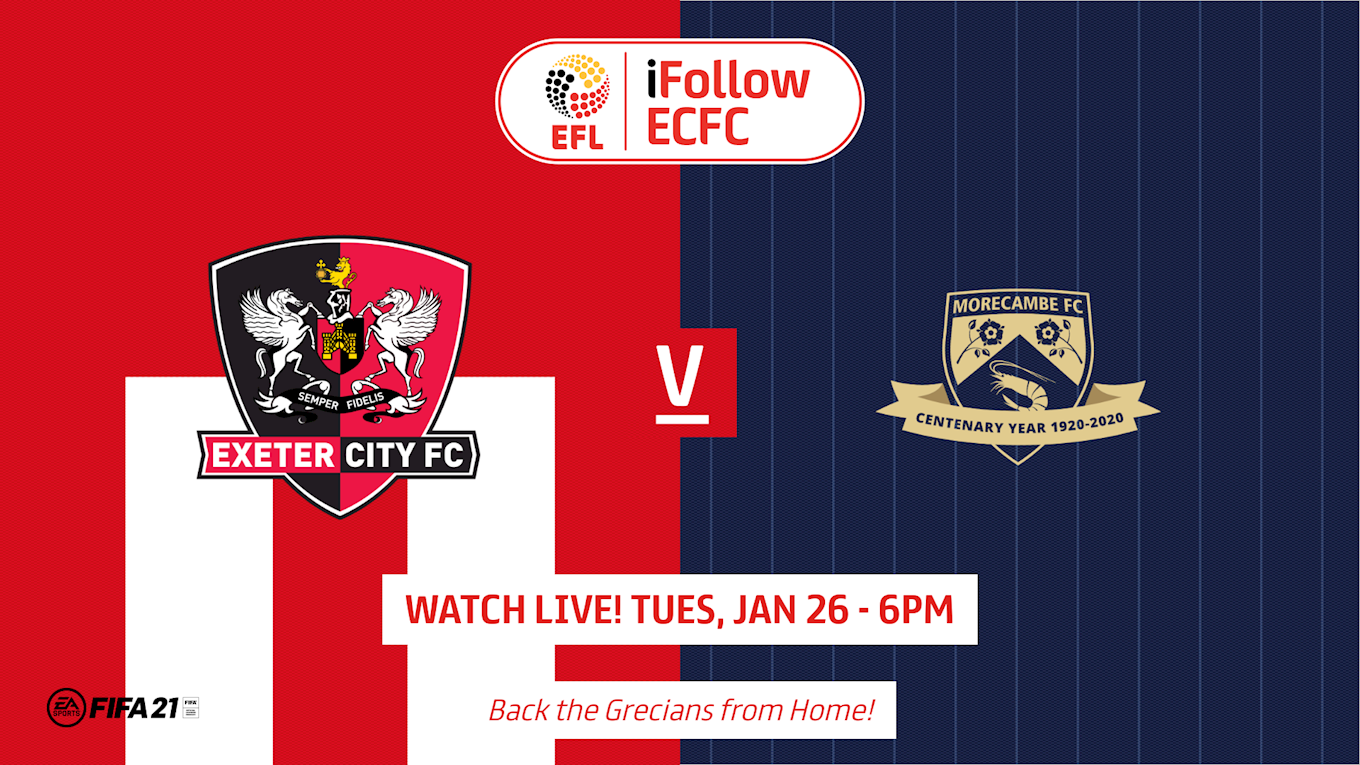 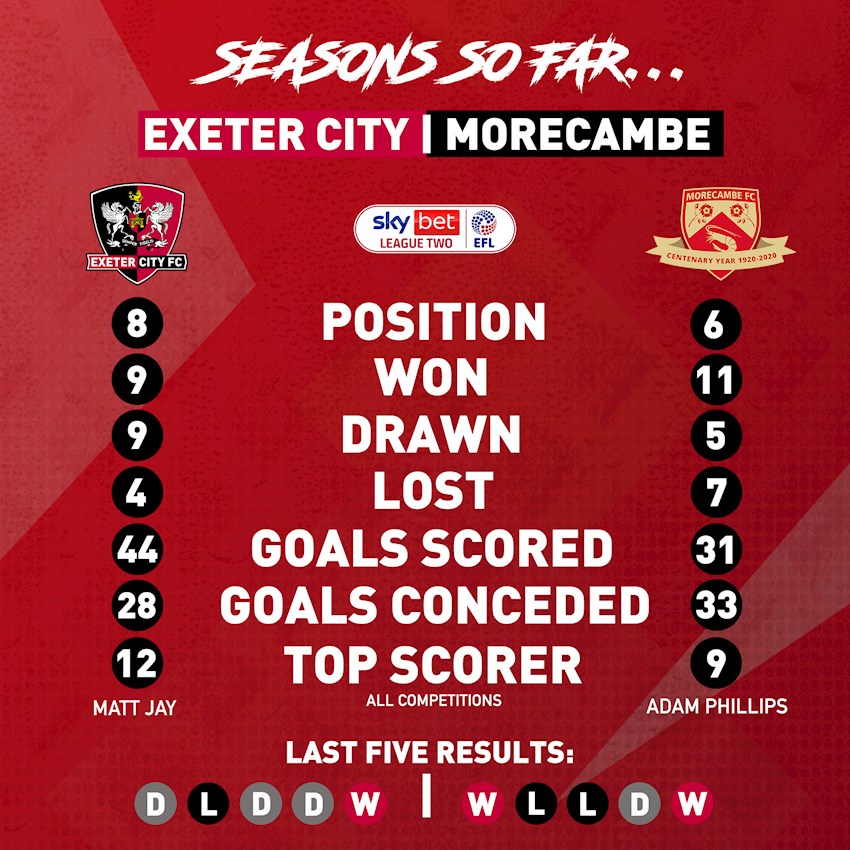 Goals from Adam Phillips, Toumani Diagouraga and John O’Sullivan gave the Shrimps the points against a Colchester side who were reduced to 10 men just before the hour when skipper Harry Pell was sent off for an off the ball incident.

The Grecians started November as they ended October as they retain their unbeaten record away from home with a hard fought 2-2 draw with Morecambe with goals from Joel Randall and Jake Taylor.