Another quick turnaround of games sees Exeter City preparing for a crucial game this Saturday, with a 1pm kick off away to Carlisle United.

Ahead of City’s long trip to Cumbria, Jed Penberthy has a look at three Carlisle players that have been vital in the Blues rise up the League Two table this term.

Into double figures for the season, defender-turned-midfielder Jon Mellish’s form has catapulted Chris Beech’s side into promotion contention. Attracting attention from the higher leagues, Mellish committed his future to Carlisle earlier on in the season and looks the first name on the Carlisle team sheet. 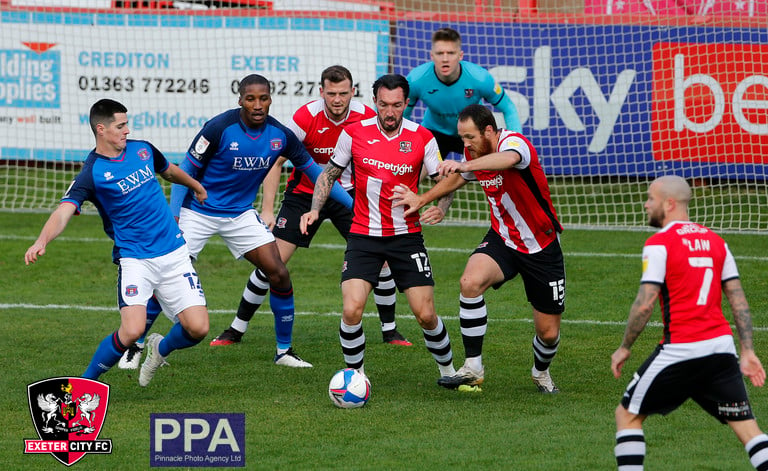 Born in the South Shields, the 23-year-old began his career at Gateshead before moving to Carlisle in 2019. In 2018/19 he represented England C team before his jump into the Football League.

The former Argyle, Hartlepool and Morecambe striker has been a thorn in Exeter City’s hoof in nearly every fixture he’s played against the Grecians. Five goals in 10 games against City is a solid return including two goals last season whilst at the Shrimps.

A slight journeyman at 31, the striker played for Oldham and Morecambe before his move to Home Park in 2013. After 86 appearances for the Pilgrims, Alessandra looked north again with Rochdale, Hartlepool and Notts County before moving back to the Globe Arena. 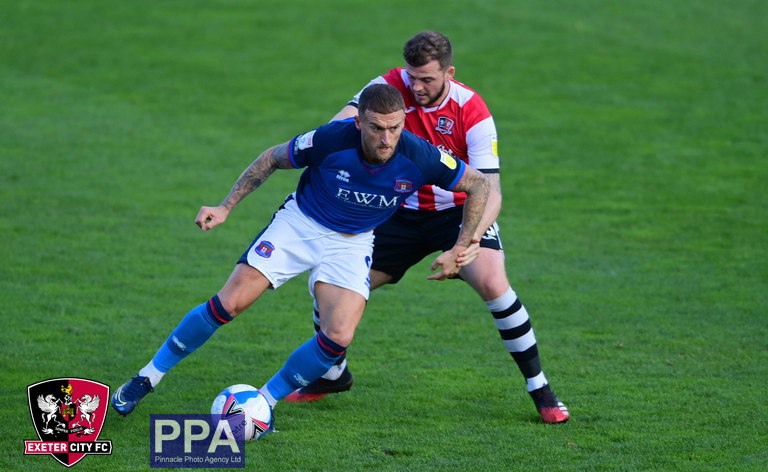 After making the switch to the Scottish border, Alessandra has finally found his form this season, grabbing five goals in all competitions. He scored in Carlisle’s last home game on Boxing Day in the 3-3 draw with Bolton.

His pace and clinical finishing needs to be nullified, if Lewis Alessandra is not going to add to his impressive form against the Grecians.

The Frenchman is getting his Football League break in Cumbria after impressing at non-league Hartlepool last term. The 26-year-old dominated in City’s two FA Cup fixtures with Pool’s last year, setting up Featherstone’s goal in the first game, and causing problems throughout the replay- enforcing Jack Sparkes dismissal. 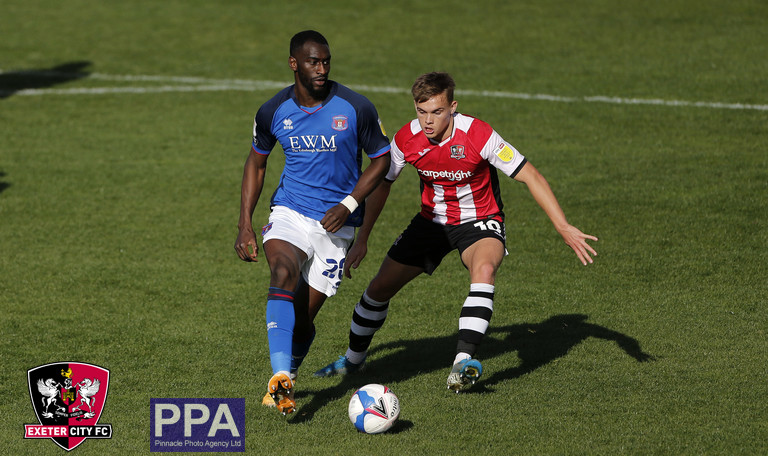 He’s been a keen acquisition for Chris Beech and his pace is always a problem for League Two defences, though his discipline has been a hindrance to his development. Red mist descended in his last fixture against the Grecians when he headbutted Jake Taylor after an altercation- so expect a fiery affair in Saturday’s fixture.