Exeter City’s quest to return to form takes the Grecians to the far reaches of the Scottish Border, with a weekend visit to Carlisle United.

Jed Penberthy looks back at some of the players who have featured for both sides, ahead of the farthest League Two trip of the season.

Jimmy Blain was an ever-present part of the Exeter City squad in the late Sixties to early Seventies. Born in Mossley Hill, Liverpool, the Inside Forward turned Full Back began his career as an Evertonian. He signed a professional deal at Goodison Park in 1959, but unfortunately never made a senior appearance for the Toffees. 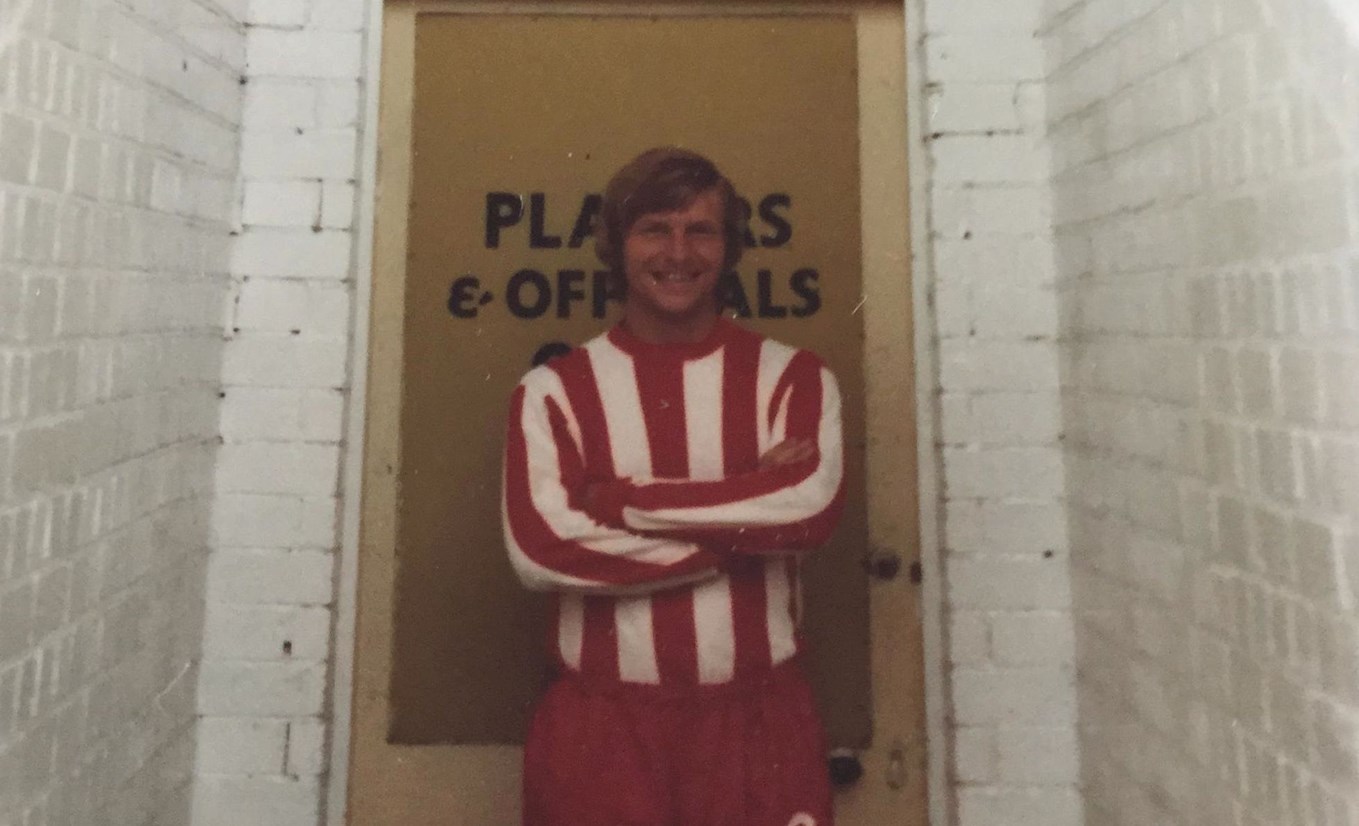 As such, a move to Southport was the Football League break he needed, scoring 40 goals in 127 games for the Sandgrounders. After an uneventful spell in South Yorkshire with Rotherham, Blain moved to Alan Ashman’s Carlisle United side.

Between 1964 to ’65, Blain scored seven goals in 41 appearances for the Cumbrians before signing for Exeter City in October 1965. His time at St James Park was a successful one. In 1966/67, Blain won the Grecians Player of the Year and the Liverpudlian stayed at EX4 for nine strong years- resulting in 320 appearances and 14 goals.

After a brief spell at Barnstaple Town, Blain retired and worked for John Holt Carpets down Buller Road. Prior to lockdown, Jimmy was still a frequent visitor to St James Park.

This weekend may see the 'Tom Parkes Derby' as the centre-half is set to feature against his former side. Joining City directly from Carlisle, Parkes played 89 games for the Blues- scoring twice.

Prior to his time in Cumbria, Tom had spells at Bristol Rovers, Burton and Yeovil and even presented England at Youth and C-Team level. On his move to Devon, Parkes became another welcome member of the special club of Grecians- who have netted against Plymouth Argyle. His first goal for City was a deft near-post header against the old enemy last season. 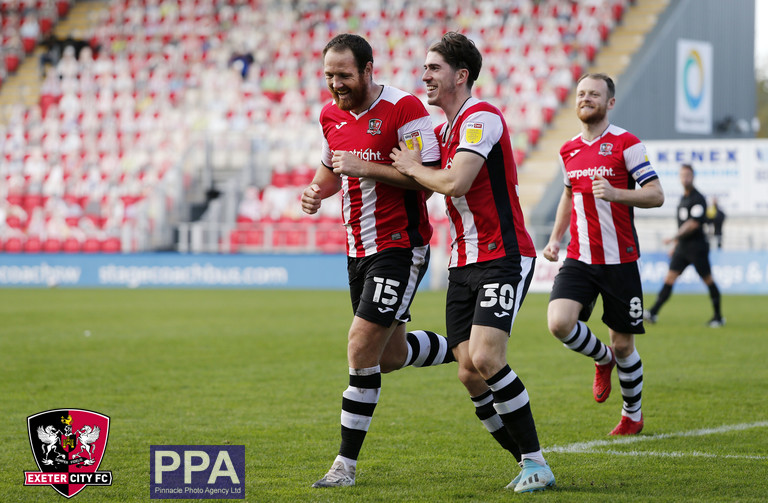 This campaign Parkes has been ever-present in the City back line, only missing four league games. His only strike so far was netting the winner against Carlisle in October- expertly stroking home Nicky Law’s delivery on the half-volley.

Well received after his arrival, Tom will be hoping to add to his strong form here at City, starting with Saturday’s fixture.

Beginning his career at Brunton Park as an academy graduate, Edwards played 56 times for his boyhood club with five goals to his name. After a £135,000 move to Bristol City, the defender shot into the limelight and into international football- representing Wales in the late 90’s. His first cap came in a 6-4 defeat to Turkey.

After over 200 apps for the Robins, Edwards switched allegiances to Preston North End for a five-year spell- then spent two years beside the seaside at Blackpool.

In 2006 Rob Edwards signed for Exeter City and quickly established himself in the heart of the City defence. Despite disappointment in his first year at SJP, losing to Morecambe in the play-offs, it was the 2008 post-season he became an Exeter City legend. 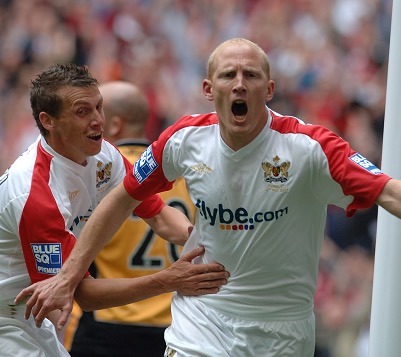 In the semi-finals against Torquay, he was integral in lifting the desperate side. Brilliant work down the left-flank allowed him to lay Ryan Harley to fire City back into the tie and start the most memorable of comebacks.

Just thirteen days later Edwards became a City legend. On 22 minutes, on the biggest stage, the centre-back cropped up at the far post, to head in Dean Moxey’s corner and take Exeter City back into the Football League.

Edwards stayed at City after his retirement as number two to Paul Tisdale. Now Edwards coaching career sees him in charge of the Wales Under-19 squad.

But he will always be remembered in Red and White after “He tore apart Torquay and scored at ‘Wem-ber-ley’.”

Did you have your carpet fitted by Jimmy; have great memories about the ‘Edwards Final’; or maybe even bumped into Parksey at Tesco? Tell us your memories and stories of our Played-for-both this week via our social media links!

For now, attention turns to League action and a crucial match at high-flying Carlisle United this weekend, as City look to return to winning ways.