The suspension of the National League and grassroots football was unfortunate timing for Sasha Henderson, featuring heavily in City's two December games and with an England College's Trial to look forward to, it was gearing up to be a busy start to 2021.

Undeterred by the setback, Sasha decided to utilise the spare time to set a challenge to raise funds for a charity personal to her.

"I chose to take this on because of the recent loss of my Grandad to Dementia. said Sasha. "I felt this was a good time to set myself the challenge, knowing I had the time to complete it during lockdown."

Sasha set out to cycle 290 Miles over a Ten Day period, 290 being the number of days between the first Lockdown period and the start of  the current restrictions. "I thought cycling would be the best exercise to do in order to cover the amount of miles I wanted to complete. It was always going to be tough as I have online learning to do and work as well."

Sasha successfully completed her miles on Wednesday morning, but not without her share of difficulties. "I think this is the hardest challenge I have done in my life. Physically it was not a problem, in fact all my previous fitness and weight work proved invaluable. However, mentally it has been tough. Cycling by yourself for several hours during the day and battling the weather was hard as I cycled through rain, wind, snow, ice and sun." 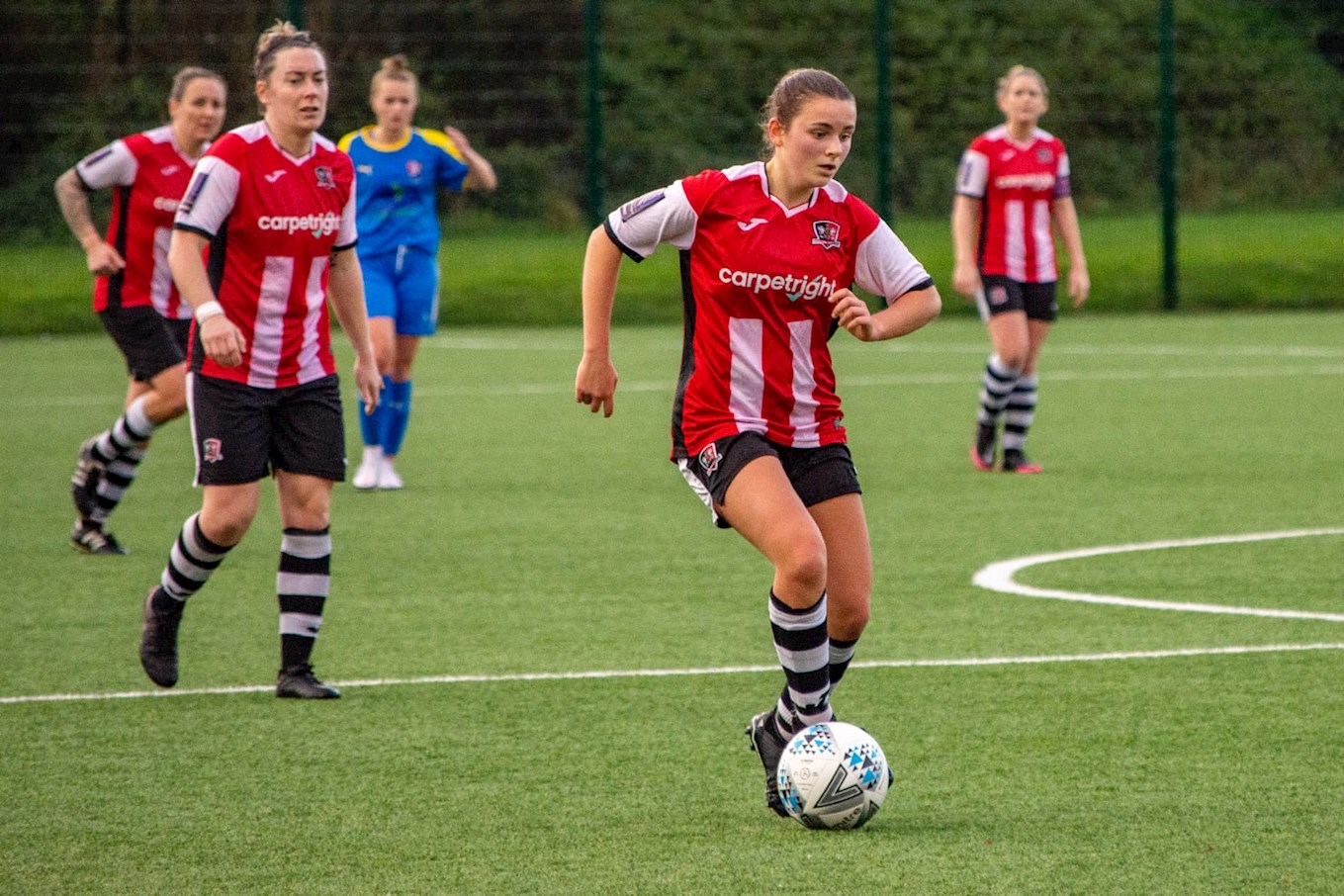 Unfortunately, Sasha twice found black ice on her travels, resulting in some pretty spectacular grazes. "I always had the reason I am doing it in the back of mind, ten days is nothing compared to the difficulties faced by families and suffering people endure. The messages of support kept me going; maybe I will use stabilisers in the future!"

Sasha started with the aim to raise £200 for Dementia UK, a disease that effects nearly one million people in this Country, her efforts have meant that total has been comfortably surpassed with close to £1300 raised so far. "I never thought I would get that much support, I am so grateful and appreciative with everyone’s donations. This achievement will always stick with me and I will never forget all the challenges I had to face. Being able to give the money raised to Dementia UK makes me feel so happy, the sense of pride I had on completing it was amazing."

Ask anyone involved with the Women's team at Exeter City about Sasha and they will point to her determination, willingness to learn and desire to improve. A personality that, in a literal sense, will jump straight back up after a fall. To cycle the equivalent distance of Exeter to Leeds over ten days, alongside studying and work responsibilities, is a fantastic achievement that all associated with the team are proud to support. More importantly, with the reasoning behind how this challenge came about, I am sure Sasha's family are even more proud of her achievement.