It feels like an age ago since i took over the SJP 360 video creation, now into my fourth season of the job!

To give a little background into what it is, for those that may not have yet watched it, the SJP 360 was an idea to show the entire home match day packaged up into ten minutes or less, win lose or draw.

The name ‘360’ is to give the fans a full view of the day, a round 360 degree view of the day covering all areas of what a match day at St James Park is like, including pre-match activities with fans and the build-up to the game, and our own highlights from an alternative angle.

The match-day video was actually something that started the season prior to me getting the job, so as much as I’d love to claim that it was my idea, it was actually developed by the club’s marketing manager, Scott Palfrey and my predecessor, Sam East.

It proved immensely popular from the off, with fans enjoying our own more detailed and pitch-level highlights, which often little details of the game are missed from the gantry camera, as well as many fans enjoying seeing themselves on video from inside the ground, or out in Red Square. My job when offered was to take it to the next level and really expand what this video format could be.

Much like our ethos at the football club of developing youngsters and selling them on, Sam had made quite the splash with the SJP 360 and when the season finished and he graduated from university, the Premier League came calling and he departed Exeter City for Huddersfield Town to become a video editor for them.

Progression at the football club appears to run through from the first team, right down to the office staff. After volunteering for a couple of games during my final year at university to aid with a work experience module, I was offered the role in the summer of 2017 when Sam departed. 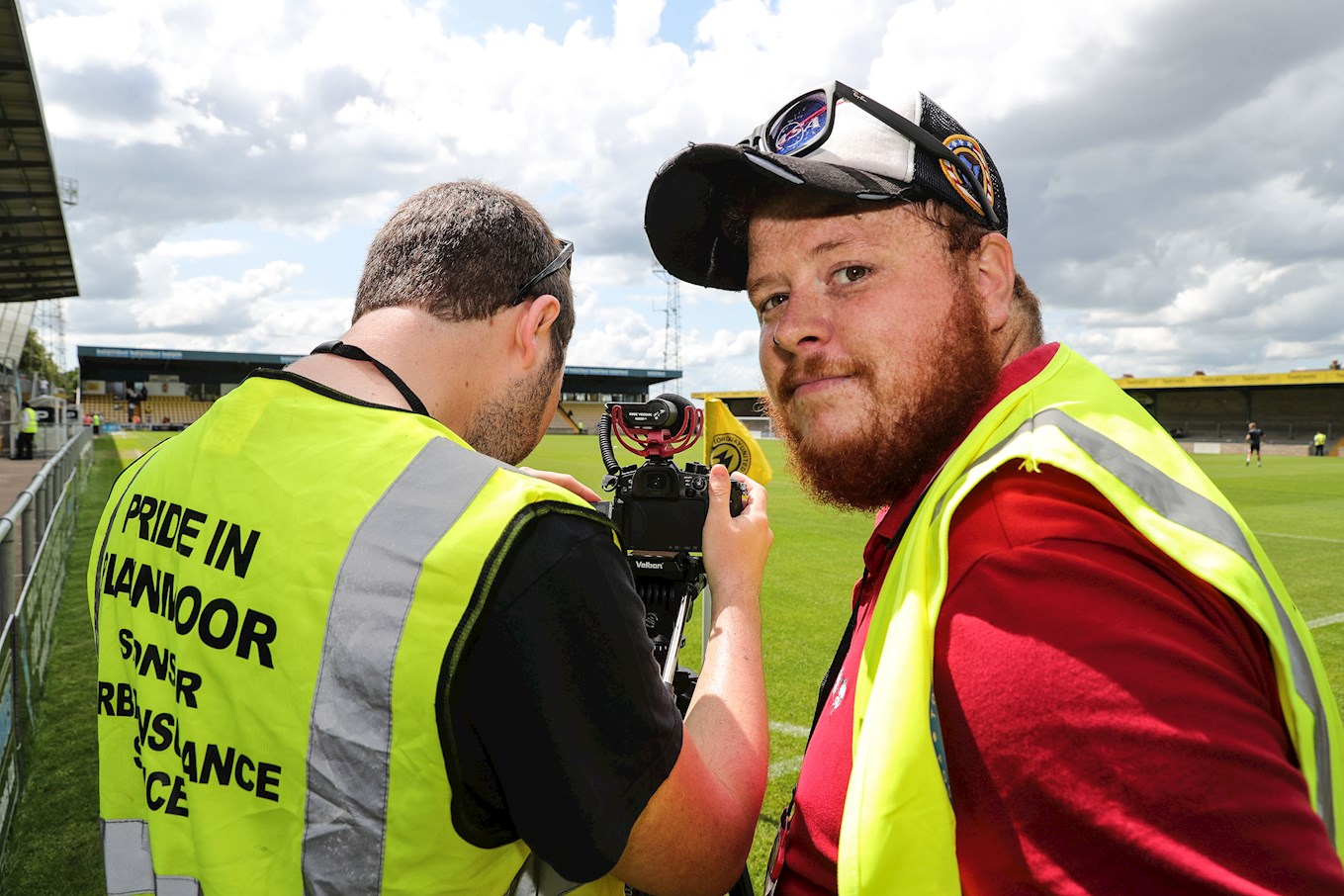 It seemed a natural fit, albeit I had big shoes to fill - but luckily, I already had some SJP 360 experience under my belt, so that gave me a good head start on what was expected of me… mind you, it felt odd getting my Big Bank season ticket refunded before the first game of the season given I wouldn’t be needing it any more. My regular spot would be now be pitch side!

Live football is such a special thing, and as any frequent spectator of live football will know, the day is so much more than just the 90 minutes on the pitch. It’s turnstiles clicking, pre-match pint, a pasty or pie on the terraces, mascots, and so much more.

We wanted to include all of this to really show off what live football at St James Park is like. My idea was to really bring as much of the feeling of match day to the screen, right down to pitch level, in an even slicker way than before. I wanted fans to be able to immerse themselves for 10 minutes or so and relive the previous day’s antics.

The job itself is quite a challenging one, even now after having done so many. Pre-match activities is often quite relaxed, I get to mill around filming whatever is going on, often being collared by people to show off something that is happening and to include in the video. The football club do such a fantastic job on the day to make sure it isn’t just about the 90 minutes of live football, and there is always so much to film and include.

The players warm-up is always an interesting one, because it’s something that is done at every game and it’s like clockwork. It’s always a challenge trying to find new ways to shoot it that looks both interesting and engaging. 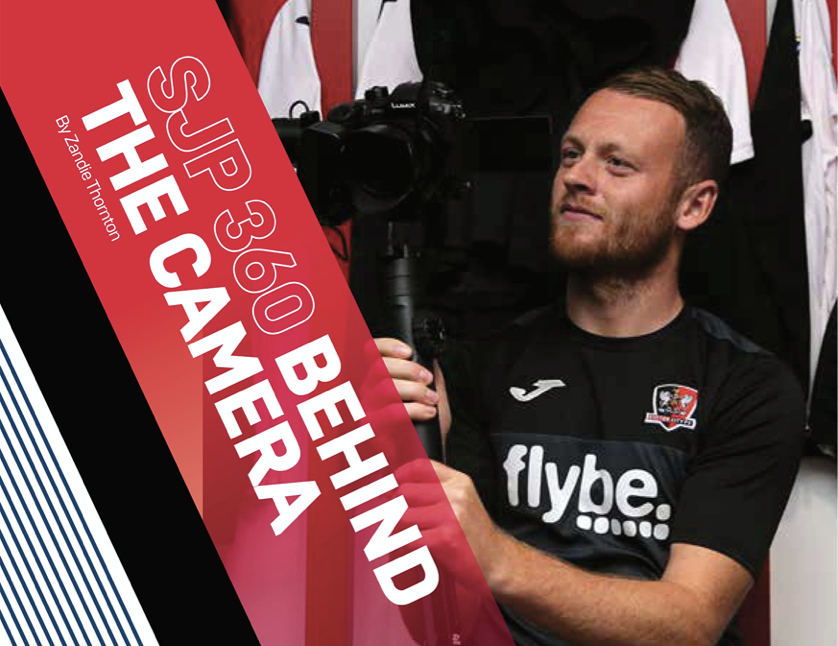 Of course, nothing is more challenging that battling with the classic British weather. I remember over the course of the 2017/2018 season, it quite literally rained on more or less every single weekend at the Park, and when you’re carrying expensive camera gear around it can get very “interesting” - particularly when you’re trying to capture the game the best you can while protecting your gear from the elements.

When it comes to how the videos are shot and pieced together, we don’t actually shoot the entire game. We don’t hit record and just let the game film, it’s all about knowing when to hit record when you think something is going to happen. It sounds fairly straightforward, but there have been moments where it’s caught me off guard.

You can’t “switch off” as they say when playing the game, and it’s much the same for filming. Take for example this season: an innocuous back pass to the Crawley goalkeeper seemed harmless enough, but the ever hard-working Ryan Bowman was closing him down, and nine out of 10 times nothing will happen and you never see that footage again, but that one time something does come from it, you need to be ready.

In this case, the goalkeeper attempted to boot the ball long up-field, but this time it resulted in the ball hitting Bowman in the backside and deflecting into the goal. That’s the sort of moments which I mean you can’t switch off. You miss recording that goal and you’ve missed it, there is no replays.

Yes, we have the gantry footage and the GoPro which is always placed behind the goal we’re shooting at, but if you miss a goal from your angle then it’s really disappointing. You don’t want to be offering an ‘alternative view’ of the game, and then have to use gantry footage of the goal!

In terms of editing, I always do it the following day (usually the Sunday). In a way, being desperate to impress, I shot myself in the foot a little when I did my first game, because after the game I edited it incredibly quickly and it was available from lunch time on the Sunday.

Unfortunately, that set a precedent! So, whilst it’s typically available on a Sunday evening, it’s quite a quick turn- around. We shoot over 100gb of footage every week, and huge amounts of it you don’t use, be it that you can’t fit it into the ten minutes, or you hit record when you think something is going to happen, but ultimately it doesn’t.

Luckily, I’ve managed to hit on quite a good formula of how it’s pieced together, so I can do it a lot quicker than when I first started, but it typically takes anywhere between 3 and 5 hours to edit… so a chunk of the day is spent editing and I’m usually finished just in time for the Sunday roast!

But ultimately, I love it. There is nothing like editing back a win or something extraordinary from the previous day. I get people on social media antsy for the video really quickly when something amazing has happened, for example, the Lincoln play-off semi - final at SJP where Stockley, Boateng, and Harley all scored wonderful goals that sent us to Wembley.

It’s so fulfilling that people get excited for the video to come out and seeing their reactions. There are always the odd loss or poor performance, but luckily in Tisdale’s last year and more or less since Matt Taylor has taken over, we’ve been strong at home and I actually rarely find myself editing a loss, so that’s definitely a plus!

However, it’s not just the amazing moments that make me love the role. It’s the smaller details to the game; it’s being up close when the players walk on to the pitch, it’s the crunching tackles by Jake Taylor that take place right in front of me and my camera captures the full impact, it’s Jordan Moore-Taylor taking a deep breath and straightening up the captain’s armband as he waits in the tunnel to lead the players on to the pitch, it’s Christy Pym fist bumping all of his teammates for his pre-match routine, it’s being up close and personal during a dramatic late winner and the players are celebrating in front of the Big Bank and I’m right up there and you can see and hear everything that’s going on.