Hartlepool United are the next club in our New Season, New Teams series and boast Exeter City’s longest away trip next season. Here is our preview of the Pools.

In 1965 a young managerial duo of Brian Clough and Peter Taylor took the reins at Victoria Park and stayed for two years before famously moving to the midlands with Derby County. During the rest of the 20th Century, Hartlepool’s on-pitch antics were rather uneventful. After several ownership switchers, the turn of the century brought hope into the Hartlepool fanbase. The future of Four play-off campaigns in five years were accompanied with a 21 game unbeaten streak, earning then Boss Chris Turner the Manager of the Month. Despite being knocking on the door of the second tier for much of the decade, Pools were relegated to League Two in 2006. 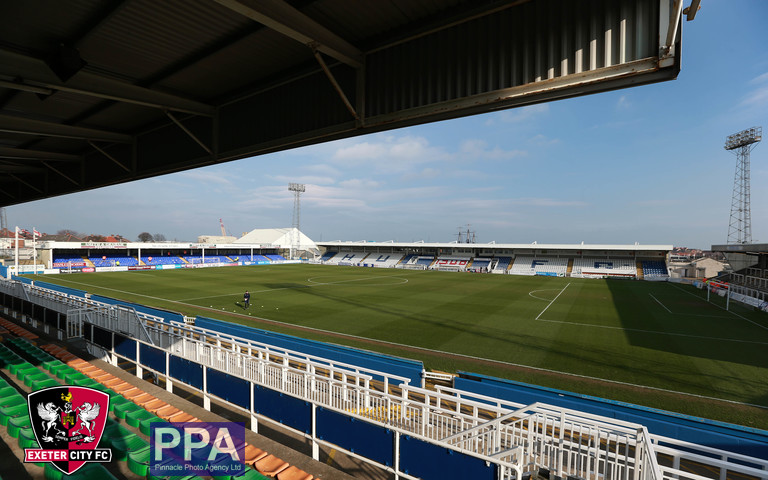 Dave Challinor is no stranger to the touchline and will be embarking on his first managerial assault of the EFL. The former centre-back did play in the Football League however, with Tranmere and Bury before retiring in 2011. The 45-year-old took charge of Colwyn Bay and swiftly guided The Seagulls to the Conference North and won the North Wales Coast Cup the same season.

This grew attraction from AFC Fylde, where Challinor resided for eight years, managing the Lancashire club 415 times guiding them to National League North title (2016/17) and the FA Trophy (2018/19).

As the wind took the decorated manager to Hartlepool, play-off disappointment in his first season in charge was swiftly forgotten, as a penalty-shootout victory over Torquay just a season later ended the Pools’ 4-year Football League exile. The achievement was so celebrated in Durham, even Jeff Stelling named his cat after him. 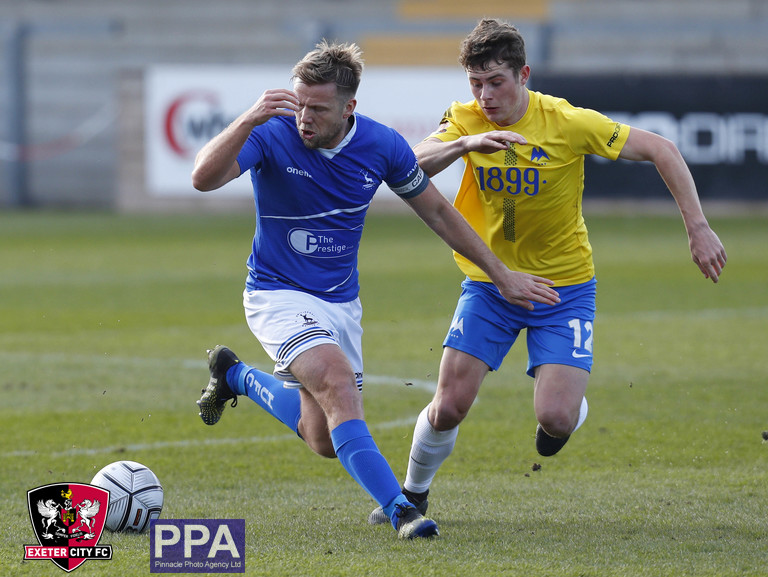 He has previous against Exeter City too, scoring a scorcher in front of the Big Bank in 2019’s cup encounter against Pools, which brought the non-league side back into the tie. He has played against the Grecians seven times in total, winning on four occasions.

A fourth placed finish for Hartlepool was enough to see Dave Challinor’s side promoted via the play-offs. The late start to the season wasn’t to deter the Pools as they raced into four wins from the first five games including a 6-0 demolition of Ilkeston Town in the FA Cup qualifiers. Though losses to promotion rivals Torquay and Wrexham followed, Pools kept their heads and went on a 16 game unbeaten streak between February and May which confirmed their place in the top 7. 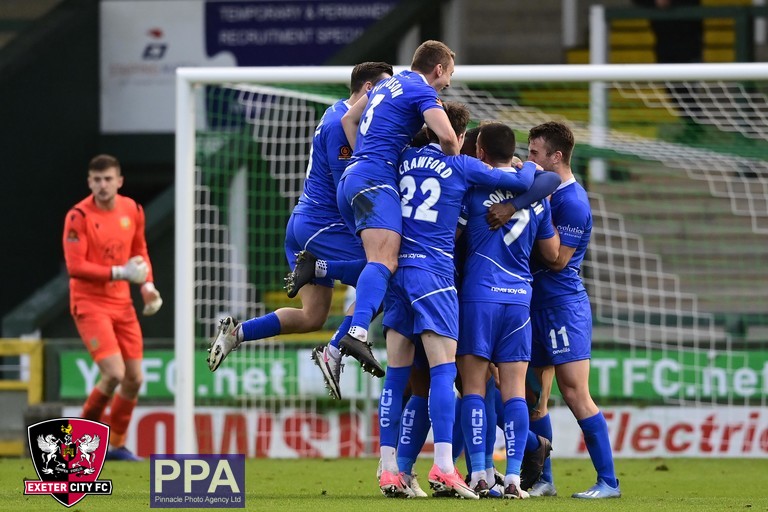 In a thriller, Pools overcame Bromley in the quarter-finals, winning 3-2, before a nervier affair against Stockport ended 1-0 in their favour. The Final against Torquay began well, with Luke Armstrong netting in the first half. With seconds to go before promotion was sealed, Gulls ‘Keeper Lucas Covolan found the back of the Blues’ net to force the game to extra-time.

But a wonderful save from Brad James in the shootout fingertipped Matt Buse’s penalty onto the crossbar to scenes of a Pools Promotion Party.

Replay and Extra Time heartbreak for Exeter City saw the Grecians dumped out of the FA Cup Second Round, with Josh Hawkes scoring the decisive goal for the non-league side. The original game at St James Park also saw Exeter squander a two-goal advantage.