City’s latest signing, Sam Nombe said he is delighted to sign for the club and start a new chapter of his career in Devon.

On signing for the club, Sam said: "To be fair, I’m lost for words. I’m very excited and am ready for the challenge of coming here and I’m looking forward to playing and showing the fans what I can do.

"I only found out about the interest recently. Matt Taylor gave me a call and said he wants me to come down and play and he really sold it to me. I’m really looking to progress here and push myself to be a better player.” 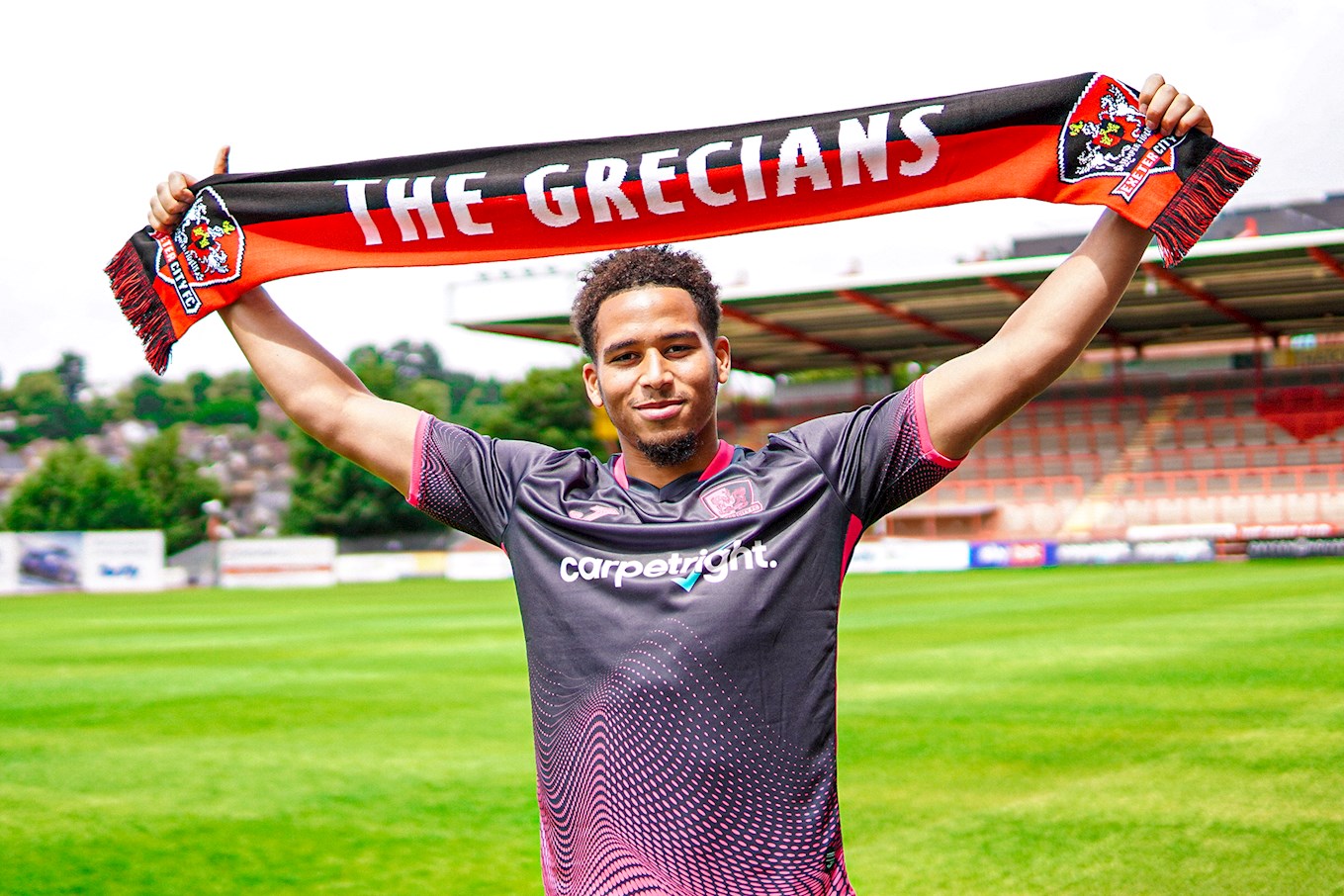 Sam had played under former City boss Paul Tisdale at MK Dons, and alongside former Grecians such as Hiram Boateng, Jordan Moore-Taylor and Ryan Harley and he took their advice before signing for City.

"I spoke to a few other players that were here before, and they have all loved it here and have moved forward as a person and player on the pitch. Hiram Boateng had nothing but positive words to say about the club and grace and gratitude towards the manager, so it’s made the decision easier to come here." 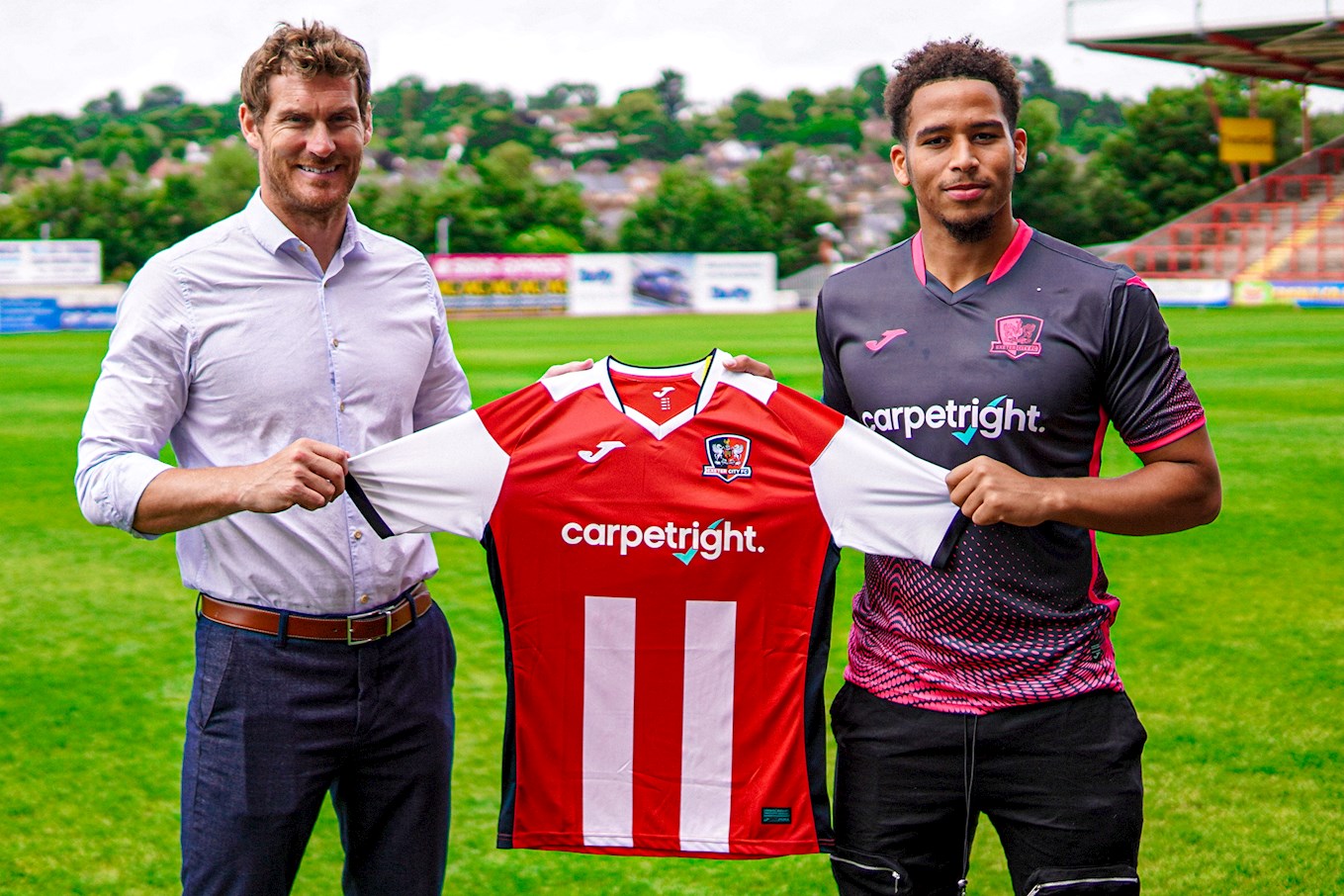 Sam has played football in the National League and League One and the Championship and feels these experiences will help prepare him for League Two level: "I feel that playing men’s football at all different levels has given me a better gauge of learning the game, it’s mainly about helping the team and getting three points every game."

When asked how Sam would describe his game he said: "I’m strong and powerful and quick, I like to get in behind and score goals and if I work hard enough, I can get the goals for the team.

"I like the style of football and the way the Exeter team plays, and I feel it will suit my style here. The fans are very noisy, and I know they can cause problems for the away team. I like the noise so I can’t wait to see the fans here."

When asked what his aims are for the 21/22 season, Sam said: "I’d love to score my first goal in front of the home fans to show them I am here for them and to give everything I have for them and the performances they deserve. 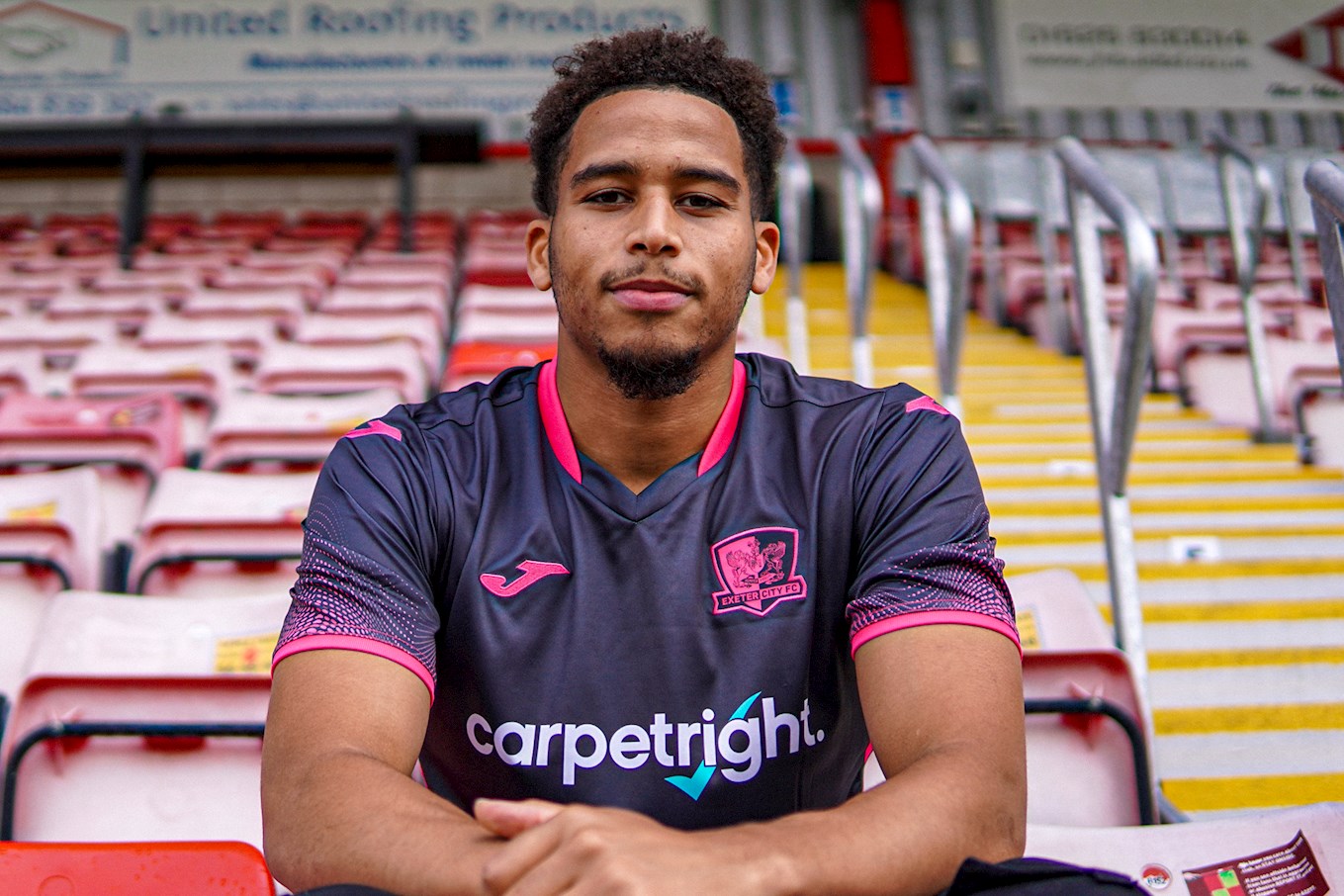