We are pleased to announce that experienced goalkeeper Scott Brown has joined the club in a coaching capacity.

Scott will focus on his coaching career at the club but will be registered as a player, providing goalkeeping cover if required.

He joins the club having played every single league match for fellow League Two side Port Vale last season and will be also be progressing his coaching career with the Grecians.

The 36-year-old former Wolves academy man made well over 100 appearances for Vale and was awarded the club's Player of the Season award in 2018/19, as well Community Champion at the end of season awards last month. 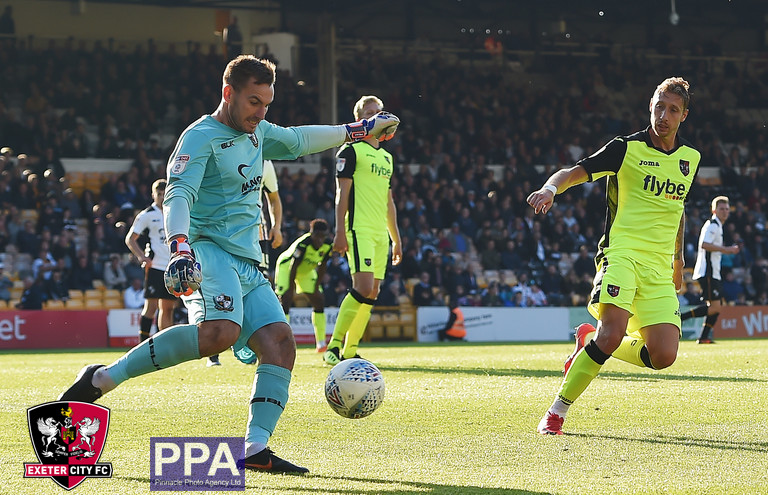 Between 2005 and 2014 Brown made almost 300 appearances in League One and Two for Cheltenham Town, as part of a side that secured two promotions. As well as featuring for Aberdeen in the Scottish Premiership and Wycombe Wanderers, he's also had a spell at National League side Eastleigh.

Speaking of his latest recruit, City boss Matt Taylor said: "Scott has played over 500 matches in the Football League and is really experienced.

"He will work with our host of goalkeepers, but will be signed a player if needed. As we've seen in the last couple of seasons, we've had some dramatic injuries to our goalkeepers so it will be nice to have that back up at short notice, and it allows us to stay away from the emergency loan market.

"He will be a really great addition to the coaching staff. He will pass on so much knowledge to our younger players and input everything he has learnt over his career.

"He will take part in set piece defending, taking pressure off other coaches, and provide some new ideas to the coaching department."