We are delighted to announce the signing of experienced defender George Ray following his release from Tranmere Rovers.

27-year-old Ray spent last season with Tranmere Rovers but has spent most of his career at Crewe Alexandra, where he came through their productive youth set up.

He was sent out on loan early in his Crewe career to Leek Town, but made his first team debut for the Alex in the Football League Trophy final at Wembley against Southend United, becoming the first player to make their professional debut at a cup final at the national stadium.

Ray scored once in 23 appearances for Rovers, coincidentally against an Aston Villa under-21 side featuring today's other recruit, Callum Rowe. 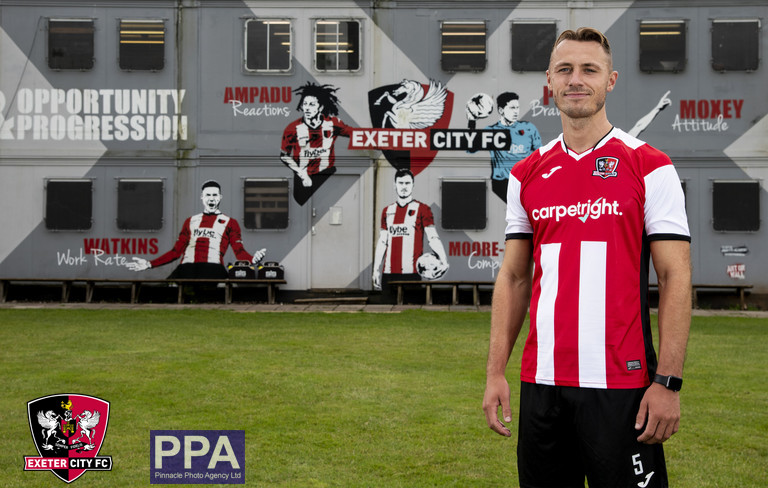 The Warrington born player is Matt Taylor's third signing of the summer, and the manager is pleased with to have George on board.

"He's a player we've followed for a few season's now since he was a part of that really great Crewe side," Matt said.

"We are giving George the opportunity to come in and be an experienced head amongst the younger players and if he buys into our ethos, we will have a really good player on our hands.

"He comes with a really good pedigree after coming through the Crewe academy. We can relate to how that works and the pathways that are there. George learnt his trade in this league so he knows it well."