In this series, Charlie Howell builds a squad of City Centurions, taking a look at each player’s career issue-by-issue, with former skipper Glenn Cronin the latest to feature.

The 21st century was barley a few weeks old when City’s academy director Eamonn Dolan received a call tipping him off about an opportunity to sign a hugely talented midfielder from the fabled Cherry Orchard academy in the Republic.

The plane journey to Ireland was made well-worth it when Eamonn came back with Glenn who signed for City’s academy just a few weeks later.

After forging a reputation as a feared, bone-crunching holding midfielder in the under-18s, Glenn was given his chance in the first team in August 2001, making his professional debut in a 2-0 loss at Rochdale aged 19. Despite the negative result for the Grecians, Glenn impressed at the base of the midfield and went on play 33 times that season. 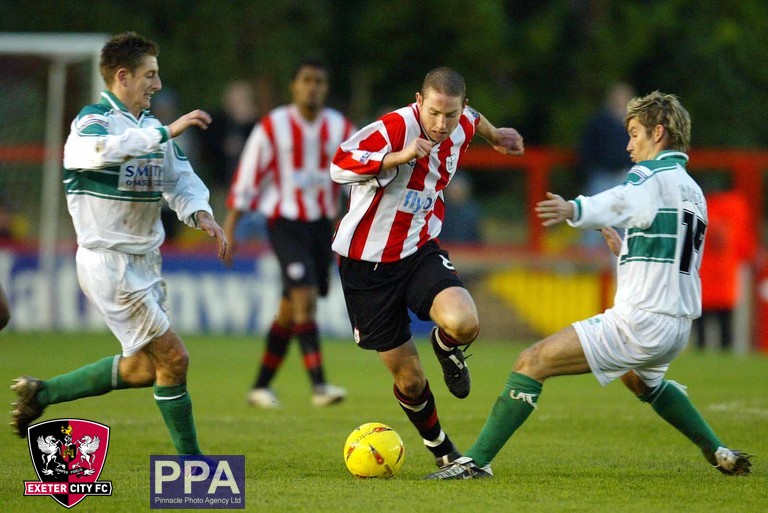 Whilst impressing people in Exeter with his maturity Glenn was also impressing those back in Ireland as he was called up numerous times that season to play for the Republic at various international youth levels.

Glenn only missed games due to suspension in City’s turbulent 2002/03 season, proving his dependability as four different managers that season constantly selected the midfielder. City were relegated to the conference at the end of that season and a mass clear-out of the squad meant that, aged just 22, Glenn was one of the more senior and experienced members of the squad as the Grecians entered their first non-league season.

New manager Eamonn Dolan already knew Glenn’s game inside-out having been the man that brought him to the club and so appointed the young Irishman as club captain as he tried to steady a sinking ship.

Glenn made 45 appearances and scored 5 times as City outperformed all the pundits’ predictions to finish 6th with one of the youngest squads in the club’s history. 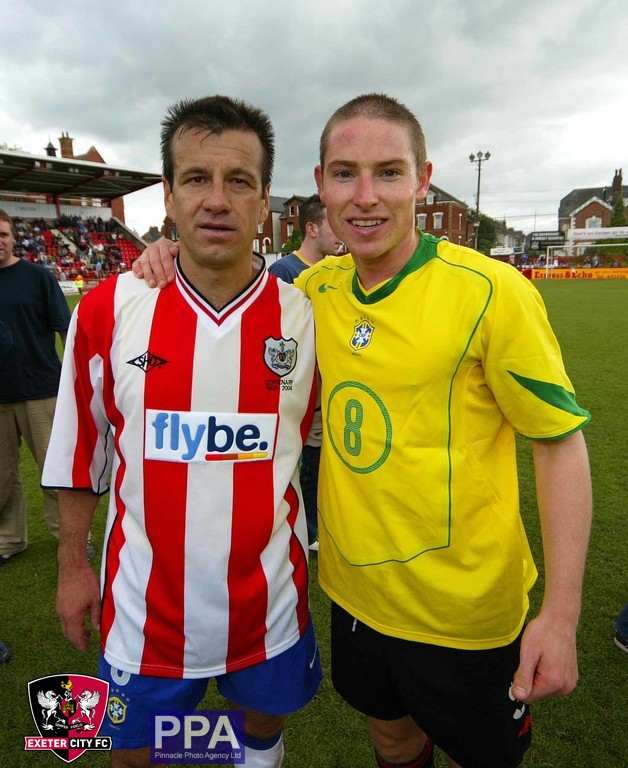 Glenn Cronin with a fan...

Unfortunately for Glenn, he didn’t manage to keep up his strong appearances record as a number of injury problems kept him out for most of the 2004/05 season that proved to be the Irishman’s last season at the club. These injury problems continued to haunt Glenn at his next club, League Two Chester, and it wasn’t until he returned to Ireland with Bohemians and Shelbourne FC that Glenn started playing regularly again.

In 2016, Glenn returned to St James Park to manage a City XI in a memorial game for the late great Eamonn Dolan and he is now a coach at Shamrock Rovers.