During what was a superb 2013/14 season for City's under-18s, Matt Jay, alongside school mate and strike partner, Ollie Watkins, received his first professional contract with the Exeter City.

That season, Exeter’s under-18s won the Youth Alliance South West division, with MJ gaining many admirers courtesy of his goals tally and link-up play, which continues to be a huge part of the forward’s game.

But his professional journey began as a 17-year-old, when Matt made his first-team debut in the Grecians’ 2–0 defeat to Wycombe Wanderers in the Football League Trophy on 3rd September 2013. He would feature another two more times in the 2013/14 season, giving City supporters a little taste of what was to come.

Matt was loaned out to Weston-Super-Mare in December 2014 to aid his development, where he netted once from six appearances before he returned to Devon.

The 2015/16 season was utilised as another year to gain experience, with a lot of the season spent away from St James Park. After a brief spell at Hayes & Yeading, Matt spent the majority of the campaign at Truro City; scoring six times in 22 appearances for the Cornish club and helping them to a fourth-place finish in the National League South division. 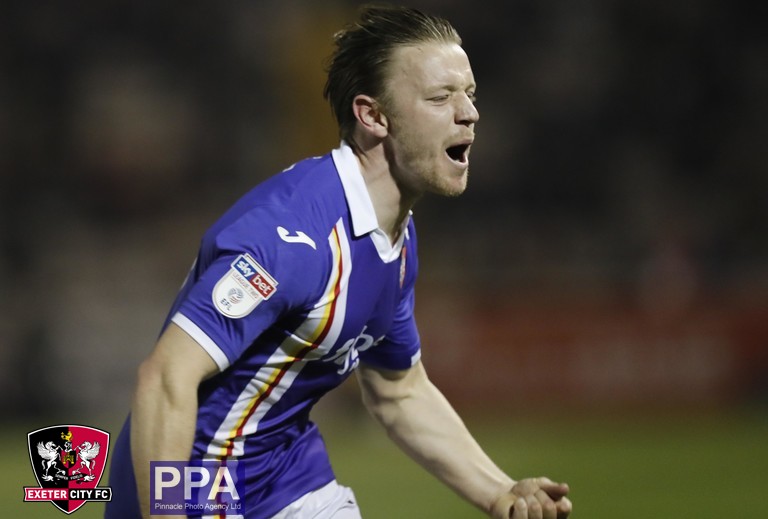 A first senior goal for The Grecians came in an EFL Trophy match with Oxford United in August 2016, however, it was in the following campaign when the attacker made a first-team impact.

MJ made a total of 23 appearances for Paul Tisdale’s side - which included a string of impressive performances towards the back-end of the season - and he was rewarded for his brilliant form with his first league goal for the club in a dramatic 3-2 victory against Cambridge United.

The 2018/19 season saw the forward regularly selected for the match-day squad under new manager Matt Taylor. The striker, however, had to wait until after the New Year to make an impression on the new boss when he struck four goals from just seven matches.

The attacker made 23 appearances during the curtailed 2019/20 season, and scored eight times. Four goals in five EFL Trophy appearances caught the eye, while his goal and two assists against Oldham Athletic in February helped the Grecians to a magnificent 5-1 victory.

Last season, MJ had the best season of his career, topping the City goal-scoring charts with 20 goals, and picking up a host of awards that included a place in the EFL League Two Team of the Season.

In an interview for the club’s match day programme, he announced it was ‘a joy’ playing in this City side, and with the form he's produced over the past 12-months, supporters of the club will be hoping long may it continue!