Around the country, the ECFC academy has been recognised as one of the country's most productive youth systems in the modern era.

Following recent performances for Aston Villa and England, arguably the most recognisable face that has graced St James Park and gone on to hit the big time in recent years is striker Ollie Watkins.

The forward recently penned a five-year deal with Aston Villa after an impressive season in the Championship at Brentford, but it was at the Cliff Hill Training Ground where his journey began.

Following a remarkable rise through the academy, Watkins earned his first professional deal with the Grecians at the end of the 2013/14 campaign. After a loan spell at Weston-Super-Mare the following year, it was the 2015/16 season when the attacker really made an impact at City. 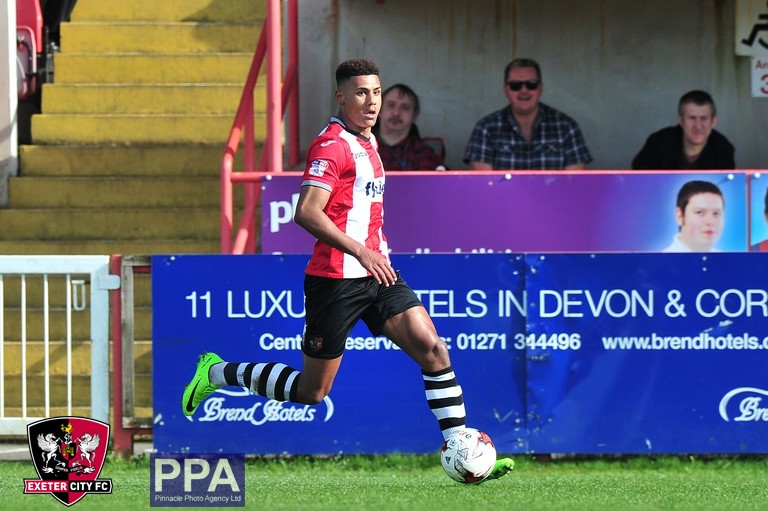 Then boss, Paul Tisdale, helped Ollie get through the transitional phase of men’s professional football from the youth game, and in turn, he delivered a number of memorable moments in front of the Exeter faithful; perhaps none more so than when he netted two goals in the closing stages of the Devon Derby to give the Grecians a vital win back in April 2016.

A year later, Ollie was an established member of the first-team, and his top-level performances throughout the season saw him win the EFL Young Player of the Year award in April 2017.

A move to Griffin Park soon followed, and under the tutelage of manager Dean Smith, Watkins was played out wide in his first season in the Championship. Ollie finished with 11 goals in his maiden season with the Bees.

After two mid-table finishes, Thomas Frank really took Brentford forward during the 2019/20 season. Following Neal Maupay’s exit, Ollie thrived on becoming the club’s focal point, and the striker bagged 26 goals, which in turn saw him win Championship Player of the Season in the EFL Awards.

Brentford, however, could only climb to a third-place finish, before they lost out to rivals Fulham in the play-off final on August, 4.

After three seasons in West London, Ollie said goodbye to Brentford in September 2020. The forward completed a record-breaking move to Villa Park to link up with former boss Smith once again, where he was positioned to spearhead the Villans’ attack during the Midland club’s quest to remain in the Premier League.

Not only did the Villa surpass expectations as they finished the season in 11th place in the top flight, but the performances of our former forward earned Ollie a goal-scoring debut for the Three Lions, and a moment that will live in the memories of all Grecians for many years to come.