Exeter City Women have the chance of doubling their silverware this season, with the Development side taking on Liverton United in the Devon Women's Supplementary Cup Final on Friday evening.

Track and Trace, Temperature Check on entry and Social Distancing will all be precautions in place on the day. We wish to make your afternoon a safe and enjoyable one.

Whilst Exeter City’s Development Team have, like so many Clubs, suffered from the imperfection of so few games over the past season, on the pitch, the Team have produced perfection in their results. Eight games played, eight victories. Sam Sharpe’s young side were leading the way in Division One with five straight victories, before a curtailment of the season sadly prevented the team from continuing their Title challenge. With the disappointment of the League campaign behind them, City returned to competitive football keen to come away from the year with a significant achievement.

Seaton Town and Shaldon Villa were beaten in the opening two rounds, before a hotly contested Semi Final against Signal Box Oak Villa. City would ease past their opponents with a stunning seven goal to one victory to set up Friday evening’s Final. 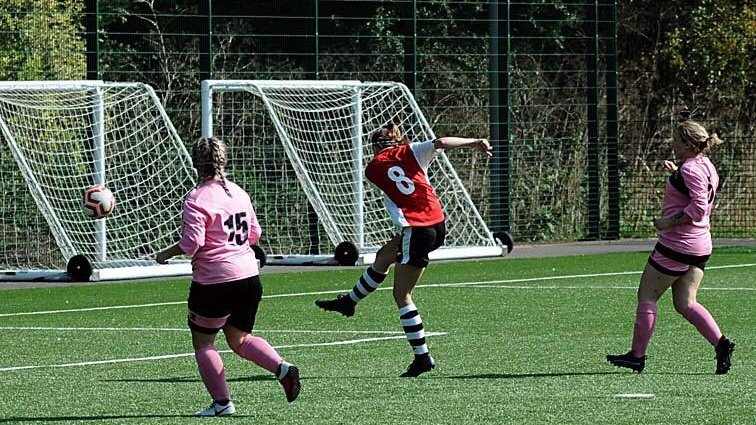 Exeter’s success this season has centred around goals. Chloe Harris and Kelsey Salter have both had a fruitful time in front of goal. Harris, with nine to her name from the league season, carried her good form into the County Cup games, scoring seven times in the Grecian’s three games. Salter is not far behind with eleven goals overall, five behind Harris’ impressive total.

Liverton United will prove tough opposition, a team playing in a higher division than City and having just been promoted from that division. The South Devon side beat Torquay United Reserves 3-0 in the opening round of the Supplementary Cup, before victory over Axminster set up a Semi Final against Ilfracombe. Despite an afternoon of wet and windy conditions, Liverton eased to victory with a 7-0 win to make Friday’s Final. It is hard to access just how well matched the teams are, however, in their league campaign, Liverton hit twenty goals past Signal Box Oak Villa over two games. Villa being the team City beat 7-1 last weekend. Sam Sharpe’s team may start as underdogs, but will feel confident of competing with their higher division opponents.

Having had the misfortune of not being able to witness the City Senior Team pick up the Devon County Cup a week ago, due to having to play their Semi Final tie, City’s Development side will now be keen to make their own piece of history on Friday evening.

If you can't make it to Coach Road. To keep up to date with the action, make sure you are following Exeter City Women on Twitter: @ExeterCityWFC