It’s a weekend wander to the Wirral for the Grecians on Saturday, as City make the trip to Tranmere.

Ahead of the game, Jed Penberthy looks at a selection of Rovers representatives to keep an eye on.

Tranmere’s sudden downturn of form has come since the loss of main-man up top James Vaughan, but through midfield Rovers still have an abundance of talent. Jay Spearing has been rock solid in the centre of the park this season and has been vital to Tranmere’s defensive efforts. 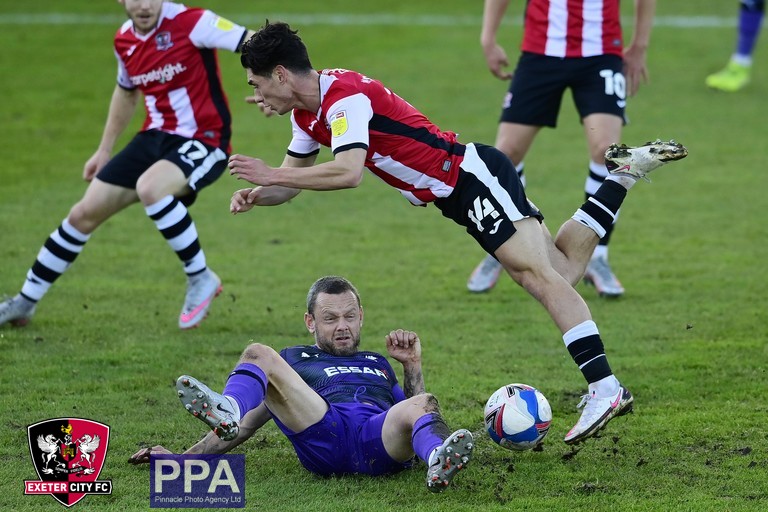 The 32 year-old developed his trade down the road at Anfield as a youngster before moving to Bolton in 2013. A couple of successful years at the Reebok/Macron/ Uni of Bolton Stadium ensued before a switch across Lancashire to Blackpool.

Spearing was the marquee signing for Tranmere after their relegation back into League Two and has provided three assists and hundreds of crunching tackles since. He’s the first man on the team sheet and has played more than 3,500 minutes this season for Rovers.

In Vaughan’s absence; responsibility for sticking the ball in the net falls to Kaiyne Woolery. With 10 goals in all comps this season he second’s the Tranmere table for top scorers. The 26-year-old striker has had humble beginnings before finding himself leading the line in League Two. 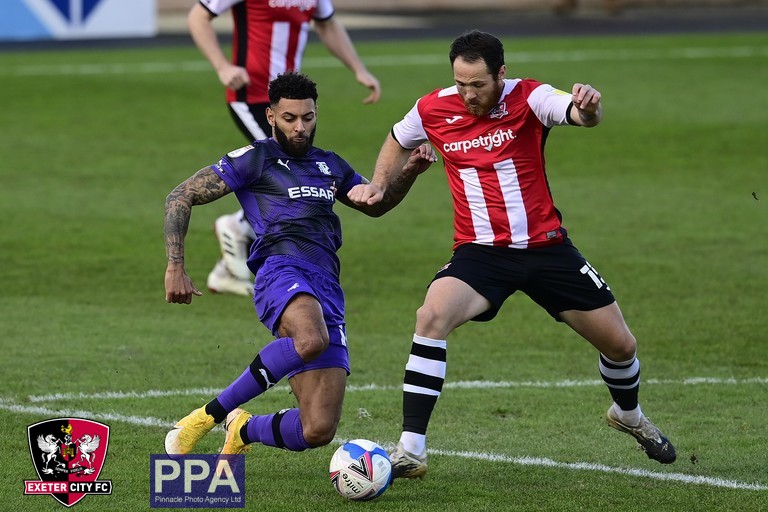 In 2012, Woolery made his first senior appearance for Redhill FC in Step 5 of non-league. After leaving the Lobsters for Maidstone, he went on to play for Tamworth and Stafford Rangers before getting his Football League breakthrough at then Championship side Bolton Wanderers. In 2016 he scored his first Football League goal with a 93rd minute winner against Rotherham.

A year later he made the trip to Wigan, then onto Swindon Town for a £350,000 deal. On his Town debut he netted the equaliser in Exeter’s 1-1 draw with the Robins in 2017. Later that season again he scored against City, this time in vain as the Grecians took all three points.

A goal scoring Centre-back is vital for any side looking to cement a place in League One and Clarke provides not only a brick foundation at the back, he’s also chipped in at the other end too. 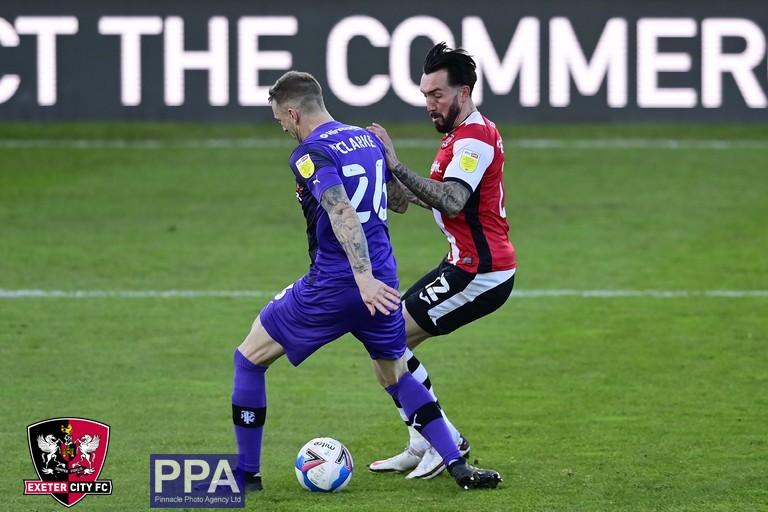 The veteran defender is a Scouser by trade, born in Southport and growing up in the Everton Youth ranks. He made 9 appearences for the Toffees between 1999-2004 prior to switching to Blackpool. The former England U21 defender has scarcely travelled south for his trade- Huddersfield, Bury, Oldham and Fleetwood all feature on his CV before signing on the dotted line for Tranmere in January 2020.

With four goals to his name the year, he’ll be looking to exploit City’s defensive set-piece, as well as being the Sentinel the Grecians will desperately be looking to sneak past.