Exeter City have the opportunity to return to winning ways this weekend as they host Leyton Orient at SJP.

The Grecians were held to a goalless draw by Walsall at the Park on Tuesday night, which came after a 2-0 defeat at Crawley, but have lost only one of their last five matches on home turf.

Leyton Orient ended a run of seven matches without a win by beating Grimsby Town 1-0 at Blundell Park on Tuesday night, which was also Jobi McAnuff's first match in charge after the sacking of Ross Embleton. That was their first away win since November when they overcame Port Vale 3-2.

City will be without the suspended Tom Parkes, but Ryan Bowman returns from his suspension and will be available for selection.

"We've got an idea on what to expect this weekend but as always we will focus on ourselves," he said.

"Their win on Tuesday was a confidence boost for them, but the personel and players are very much the same as before."

"I was really impressed with our training group this week. Some of the players have put themselves into a really good position ahead of the weekend."

Bring on the O's! As we return to St James Park on Tuesday evening, so does a packed edition of our award-winning programme, The Grecian. 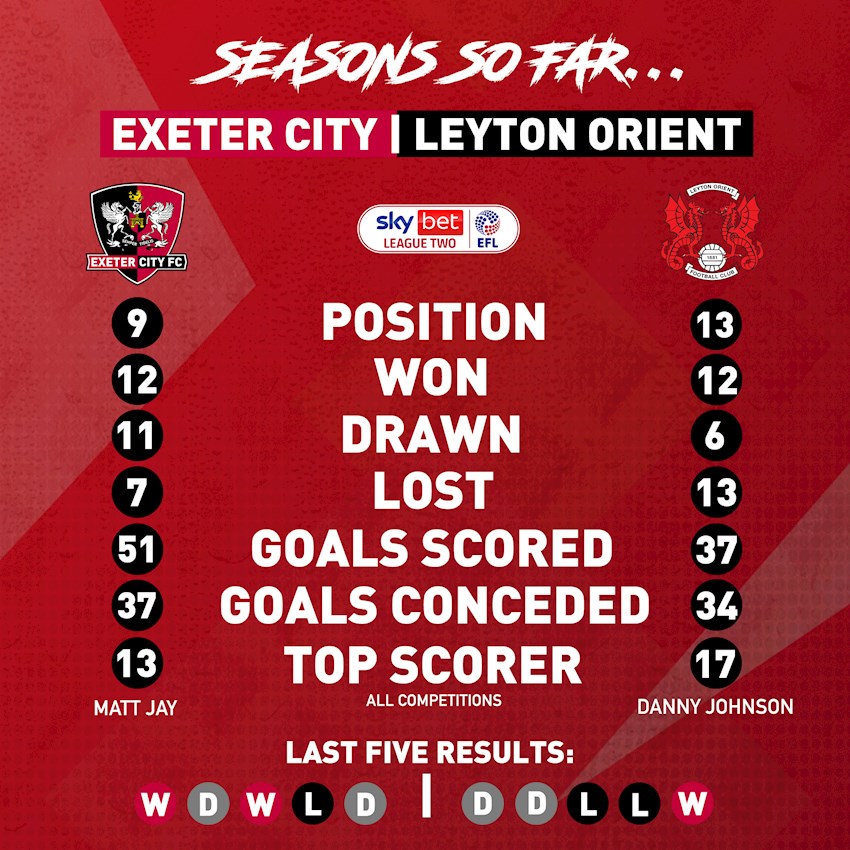 Daniel Happe's 20th minute goal was the only one of the match as Orient picked up their first win in eight matches.

Jake Taylor's second half strike rescued a point for City after Conor Wilkinson's 4th minute opener for the O's. Jokull Andresson signed for the Grecians on an emergency loan just hours before kick off.