Exeter City are back at St James Park this weekend for the visit of Jobi McAnuff’s Leyton Orient.

Ahead of Saturday’s fixture Jed Penberthy delves deep into the Grecian Archive, to highlight a couple of players who have Played for Both.

One of the few men to make over 300 appearences for Exeter City, Reginald ‘Nobby’ Clarke played much of his career in the inter-war period. Clarke is one of only eight City legends who have been inducted into the Grecians Hall of Fame alongside the likes of Tony Kellow, Dick Pym and Cliff Bastin. 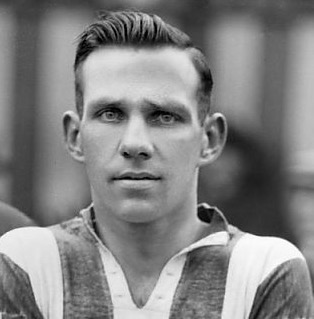 Nobby signed for Exeter in 1927 after impressing in Friernhay FC’s Devon Senior Cup final victory against Royal Naval Barracks Devonport the year earlier. It took a while for the 19-year-old to break into the City First Team, but he eventually made his debut for the Club in March 1928 against Newport. From then on, Reg became a mainstay in the side.

As a half-back, Clarke ran the show for the Grecians and was a major part in the club’s famous 1931 cup run. That year City saw off Northfleet United; Coventry City; Derby County; Bury and Leeds to reach the quarter-finals for the first time in the clubs history.

His departure from St James Park is rumoured to come in strange circumstances. At the time, the Club had a contract clause meaning players were forbidden to be involved of the licencing trade. This came as Clarke was the current landlord of The Volunteer Inn in Ottery St Mary meaning he had to leave. His time at EX4 came to an end after 315 games and 18 goals.

Nobby signed for Aldershot in 1937 and contributed three goals in 63 games for the Shots. Between 1939-43, Clarke played war-time football for a number of clubs including two games for Clapton (Leyton) Orient, scoring once.

After hanging up his boots, Clarke moved back home to the Devon coast and took the keys to the Kings Arms in Seaton, whilst also becoming a club official for Seaton Town.

Probably not as revered as Reggy Clarke, Lloyd James is a more modern example as having played for both Orient and City. The Welsh under-21 international began his career on the South Coast at Southampton and tasted his first success with the so-called golden generation of Saints youngsters. Playing with the likes of Theo Walcott, Adam Lallana and another Welshman by the name of Gareth,  Lloyd James came through the ranks at St Mary’s reaching the finals of the FA Youth Cup and Johnstone Paint Trophy in 2010, winning the latter. 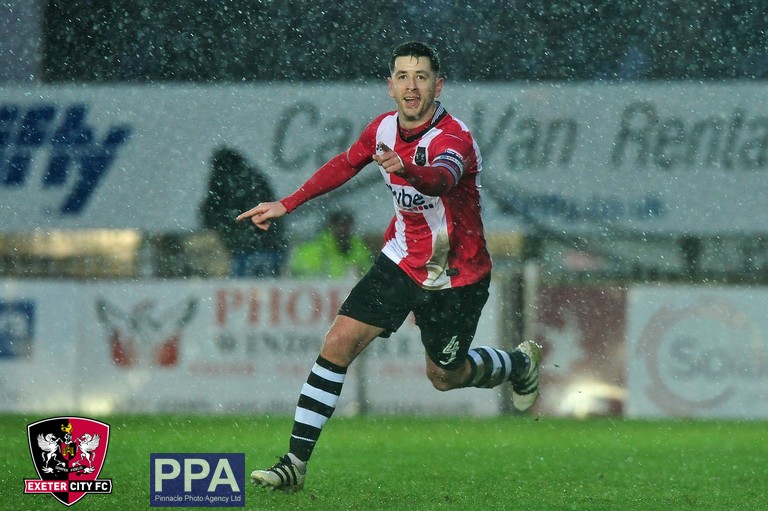 In 2012, James moved to Brisbane Road and was an influential part of the O’s side for the next four years. In 2013/14, James was the keystone in Orient’s charge to the League One Play-off Final. Two years later, James came as a coup signing from Paul Tisdale.

In February 2017, James netted his first goal for the Grecians with a sumptuous curling effort against Crewe Alexandra. In his time at St James Park he helped City reach back-to-back Play-off campaigns- though less said about those performances the better.

In 2018, he moved to Forest Green Rovers and now plies his trade for Bath City in the National League South.

Exeter City would be a lot worse off without the efforts of Alex Inglethorpe off the pitch, but on it, he contributed well for both Leyton Orient and the Devon club.

Epsom-born Inglethorpe was a product of the Watford academy and graduated in 1990. After five frustrating years at Vicarage Road, Alex moved to fellow London club Orient. In a productive spell at Brisbane Road, Inglethorpe scored 23 goals in 123 games. 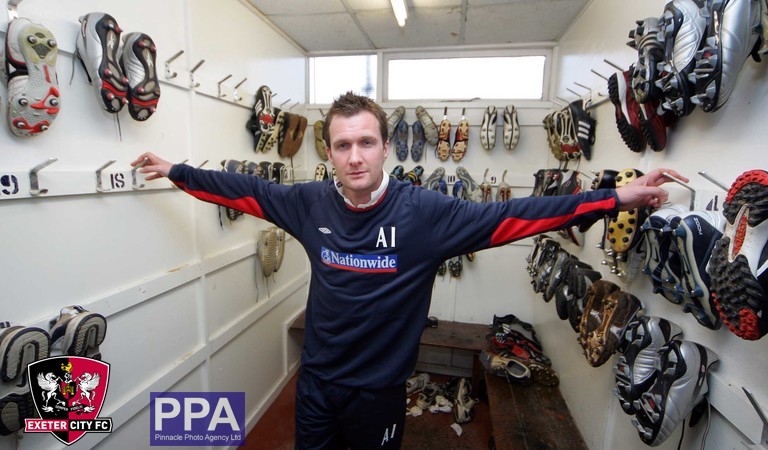 In 2001, Alex was loaned and then transferred to EX4, making his debut in a goalless draw with York City. Two goals in a short spell ended his professional career and he soon moved to Leatherhead to embark on his coaching adventure.

The late-great Eamonn Dolan’s move to head the Reading Academy set-up Inglethorpe’s return to St James Park in October 2004. Whilst at City he was also part-time Assistant Manager to the England C-Team.

Inglethorpe soon wrote himself into legendary status at St James Park on the 8th January 2005. With City in dire trouble on and off the pitch, the Boss guided the Grecians to the Third Round of the FA Cup- setting up the storybook encounter with Manchester United.

And the rest, they say, is history.

Alex was poached by Tottenham in 2006 and is now the Head of Youth Development at Premier League Champions Liverpool. But because that snowy January afternoon at Old Trafford, Alex Inglethorpe will always have a special place in the hearts of all Exeter City fans.