Exeter City captain Jake Taylor has announced he will be leaving the club upon the expiry of his contract this summer.

After 293 appearances and 32 goals in red and white, Taylor has decided to to call time on his Grecians career and move closer to his family.

Jake first appeared in City colours on a loan spell in the 2011/12 season but signed permanently under Paul Tisdale in January 2016, and was chosen as club captain upon the appointment of Matt Taylor as boss in 2018. Jake played a key part in three play-off campaigns and has been an influential figure both on and off the pitch, partaking in numerous community and EFL initiatives.

In 2017/18 he had his best career goalscoring season, netting eight times including late winners against Barnet and Cambridge United. This season he found the target six times, four of which came in the space of a two week period in October and November.

"When I signed down here I knew I was signing up to a community club and bought into what the club is about. The fans and players have such a good relationship and I wanted to get involved in the community.

"I just want to thank everyone for their support over the last five and a half years," Jake said.

"It's been an absolute pleasure to captain and play for this football club. I wish everyone involved with Exeter City the best and I will be following from a distance. I'm looking forward to taking my family back home and starting a new challenge.

"Thanks for the memories." 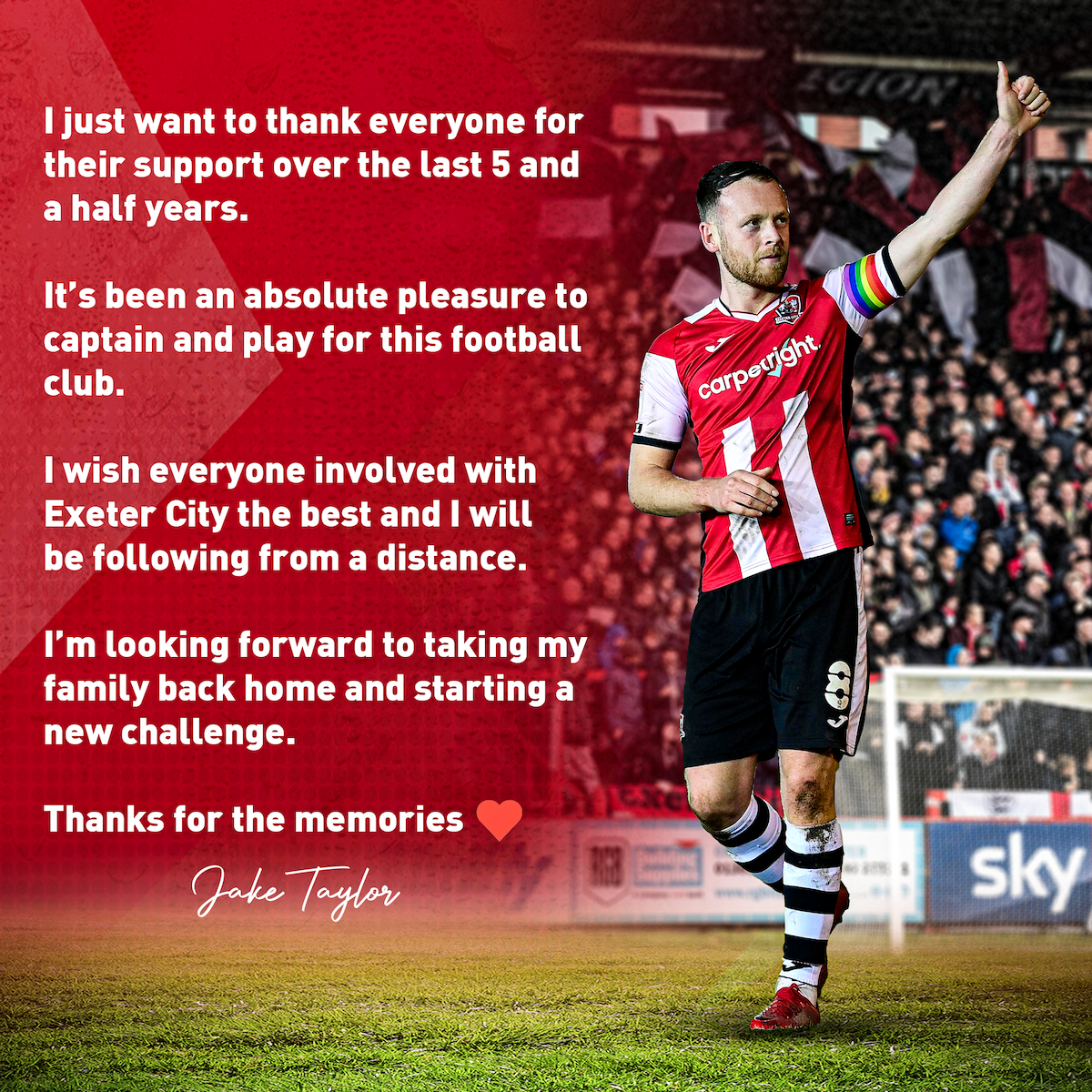 Matt Taylor has thanked his captain for his contribution to the club, noting his influence to the younger players, particularly in this difficult season.

“He has cut a frustrated figure at times because his influence has been second to none on and off the pitch, but we’ve not been quite good enough to support that. He deserves to go onto bigger and better things and get that financial security so to speak.

“I know he wants to go back home to Reading so he will be looking for a club closer to there. We wish Jake all the best. I can’t speak highly enough of him and his influence on a daily basis, which the fans don’t see, but also in terms of games.

“In terms of senior players that I can trust every week, you know what you’re going to get out of Jake and that is a great reflection over the course of the season and his career here.”

Everyone at Exeter City would like to extend our thanks and best wishes to Jake in whatever comes next in his career. Good luck, Captain ❤️