Coincidently, it was this weekend’s opponents who City faced in the Semi Final last season, winning by nine goals to nil on that occasion, as Sophie Gillies hit four goals for the Grecians.

Marine Academy Plymouth enjoyed a successful start to their League campaign before suspensions in play prevented its completion, winning all three of their fixtures, including an 11-1 victory over Torquay United. Samantha Drewery, Bethany Everson and Isabel Scott were all among the leading goal scorers as the South Devon side headed the division. Scott scored an impressive 7 goals from her 4 appearances, whilst former Plymouth Argyle forward Everson scored 5 times and will prove a considerable threat this weekend. One former Grecian who may be involved for Marine Academy on Sunday is Eden May, a versatile player who featured for City in the 2019/2020 season. 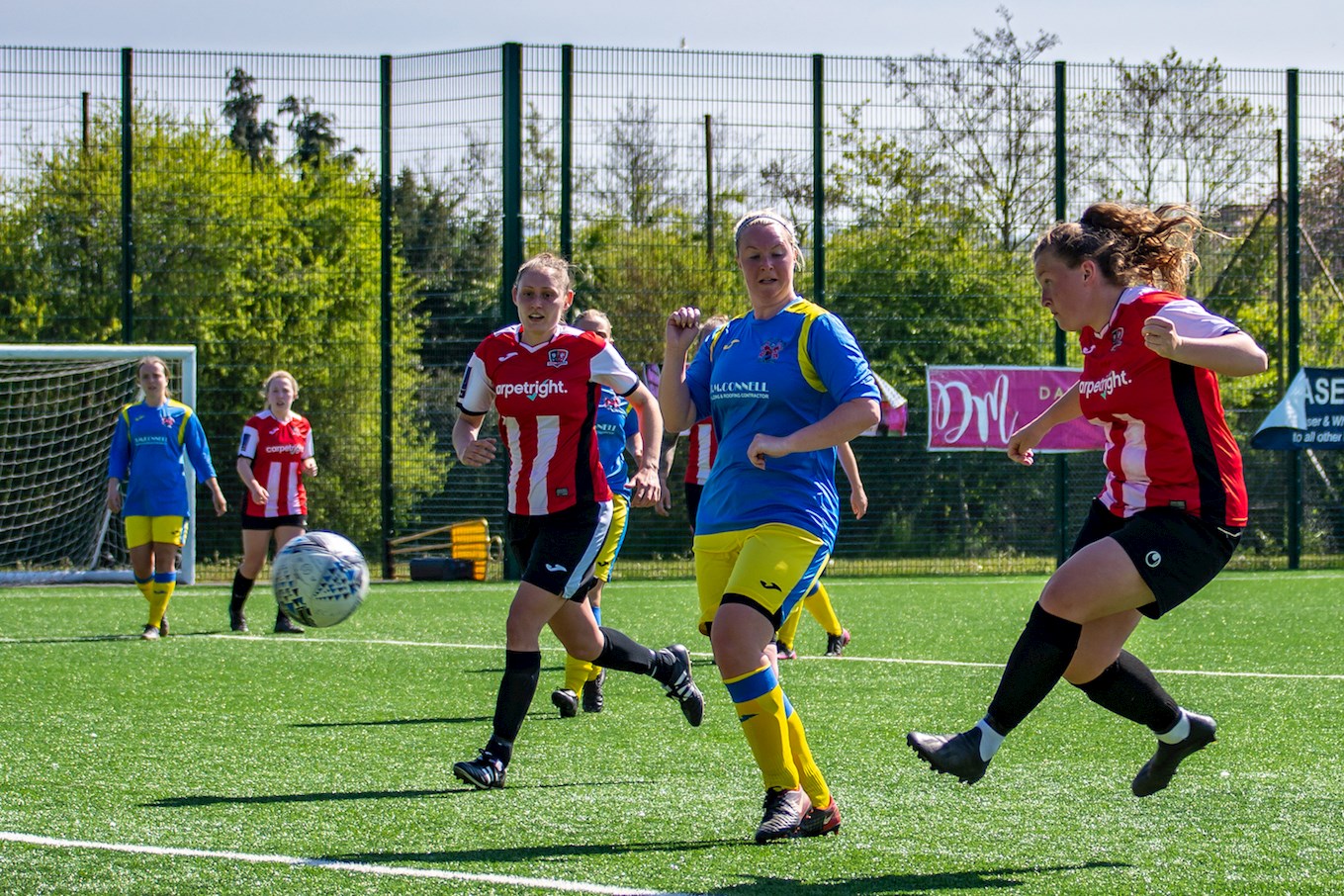 City will have two returning players of their own for the fixture. Anthea Kaptein had a successful two years at the Club before joining the Grecians in 2019, whilst Jaydee Seaman’s excellent performances for the Erme Valley side led to a scholarship in the US at Eastern Florida State College.

Marine Academy have had a busy return to football, competing in four fixtures since restrictions have been lifted. A comfortable victory over Signal Box Oak Villa has been followed by defeats to Yeovil United Development and Plymouth Argyle, the latter a closer encounter than perhaps the 4-1 final score line suggests. Dan Baker’s team beat Torquay United 3-2 last weekend to arrive into Sunday’s Semi Final in winning mood.

City have confidently beaten Feniton and Callington Town in recent weeks and, after a weekend break, will be looking to make the Final and compete for a Devon County Cup to round off a frustrating, stop- start season in the best way possible.

To keep up to date with the action, make sure you are following Exeter City Women on Twitter: @ExeterCityWFC.