In the Sunday afternoon Sunshine, for the first time in six years, Exeter City were crowned Devon County Champions following a hard fought 2-1 victory over near rivals Plymouth Argyle.

After the opening ceremony had finished and the players introduced, a crowd of nearly 600 were treated to an absorbing contest that glowingly advertised the Women’s game in the South West.

The game started, much like many Cup Finals, with tackles aplenty and neither side having the time or space to gain any notable territory. The first significant moment arrived when Anthea Kaptein found space in the Argyle penalty area, flicking the ball over the defender’s head, before striking a volley towards goal that was palmed away by Poppy Soper.

City had started to find their midfield tempo and a corner conceded following good Grecian’s play brought about the opening goal. Zoe Watkins’ cross was not dealt with by the Plymouth defence and the half clearance fell to Esme Kilburn-Thompson who volleyed in to give City the lead. 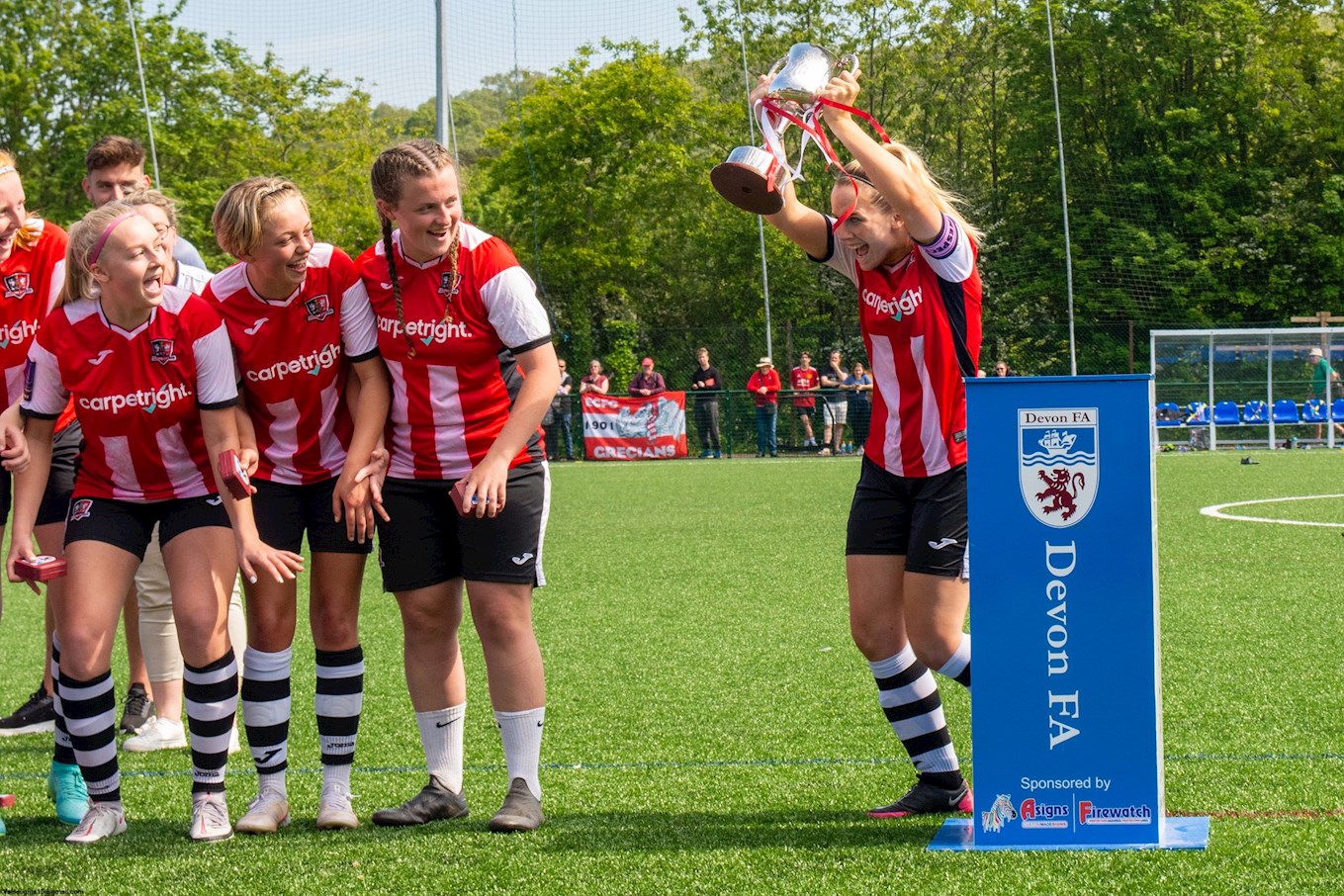 Watkins was now breaking from midfield with regularity, causing problems for the Argyle back line, she tricked her way into the penalty area and her low cross was turned home by Kilburn-Thompson for number two. The young City forward is in her first year at Senior level football and, on such a big occasion, was playing a significant role. A ball into the feet of Kilburn-Thompson from central defence saw her shoot on the turn, only the width of the crossbar denying what would have been a sensational hat trick.

A headed chance for Anthea Kaptein was the best moment created as the first half ended, but City had controlled the game for large parts and held a deserved advantage at the interval.

The second half began with another surging forward run by Watkins, she again linked with Kilburn-Thompson, although this time Esme’s shot lacked the power to beat Soper in the Argyle goal. City would soon create another opportunity to move further ahead, Kaptein played in Phoebe Baker and her surge into the box forced Soper into a fine save. Kaptein was causing problems for the Plymouth backline, moving into pockets of space between midfield and defence, her latest run looked set to see a shot on goal, but a brilliant last-ditch tackle denied the chance. 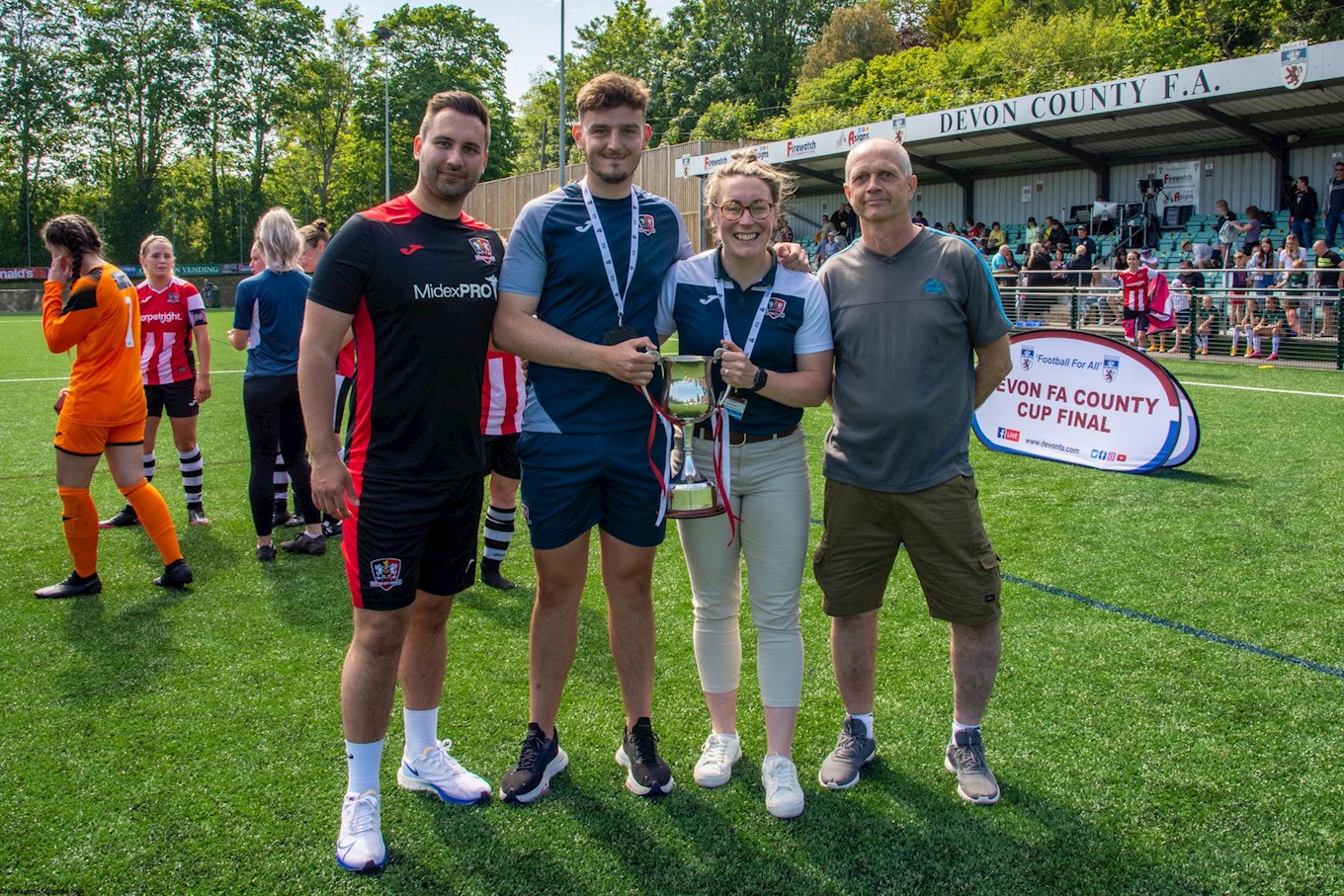 The game became scrappy, with City unable to dominant midfield in the manner they had for the majority of the contest, and Ryan Perks’ Argyle side fighting tirelessly to find a way back into the game. Abbie Britton and Aaron Wakley changed a tiring frontline and it nearly brought instant reward, Meg Robinson sped past the last Green’s defender and headed toward goal before being fouled. The contact was just outside the area and the yellow card that followed seemed fortunate given the opportunity that the run-on goal would have provided.

Robinson and Preston linked well again as City looked to seal the game, a miss kick by the former saw the ball fall to Kaptein who fired high over the bar.

Plymouth had certainly made it a more even contest in the second half, however the Grecian’s defence had withstood their increased tempo well. Manfy Sharpe and Jaydee Seaman were faultless at the heart of defence, well supported by Toogood and Taylor at full back. Argyle had largely been restricted to long range efforts that had failed to significantly trouble Lightfoot in the City goal, but they were  still to set up a nervy finish. Beth Ireland surged into the City box and drilled home to give her team hope, ninety-three minutes were on the clock and the Grecians would need to see the game out to finally get their hands on the Devon Cup.

Not fixated on sitting deep, City themselves created the best chance of the remainder of the game. Baker again driving into the box from a wide right position and this time her shot smacked the crossbar. Seconds later the referee blew the whistle and Exeter City Women could celebrate becoming the new County Cup Champions.

This was a huge moment for the team. Two curtailed seasons and all the disappointment that goes with that felt a distant memory as Manfy Sharpe lifted the Cup in front of her jubilant teammates. Winning is a habit, momentum is key, City seem to have both heading into next season. A restful June will be met by the desire to make 2021/2022 another successful year, for now it is a case of enjoying the moment and basking in the glory of being Devon’s Number One side. 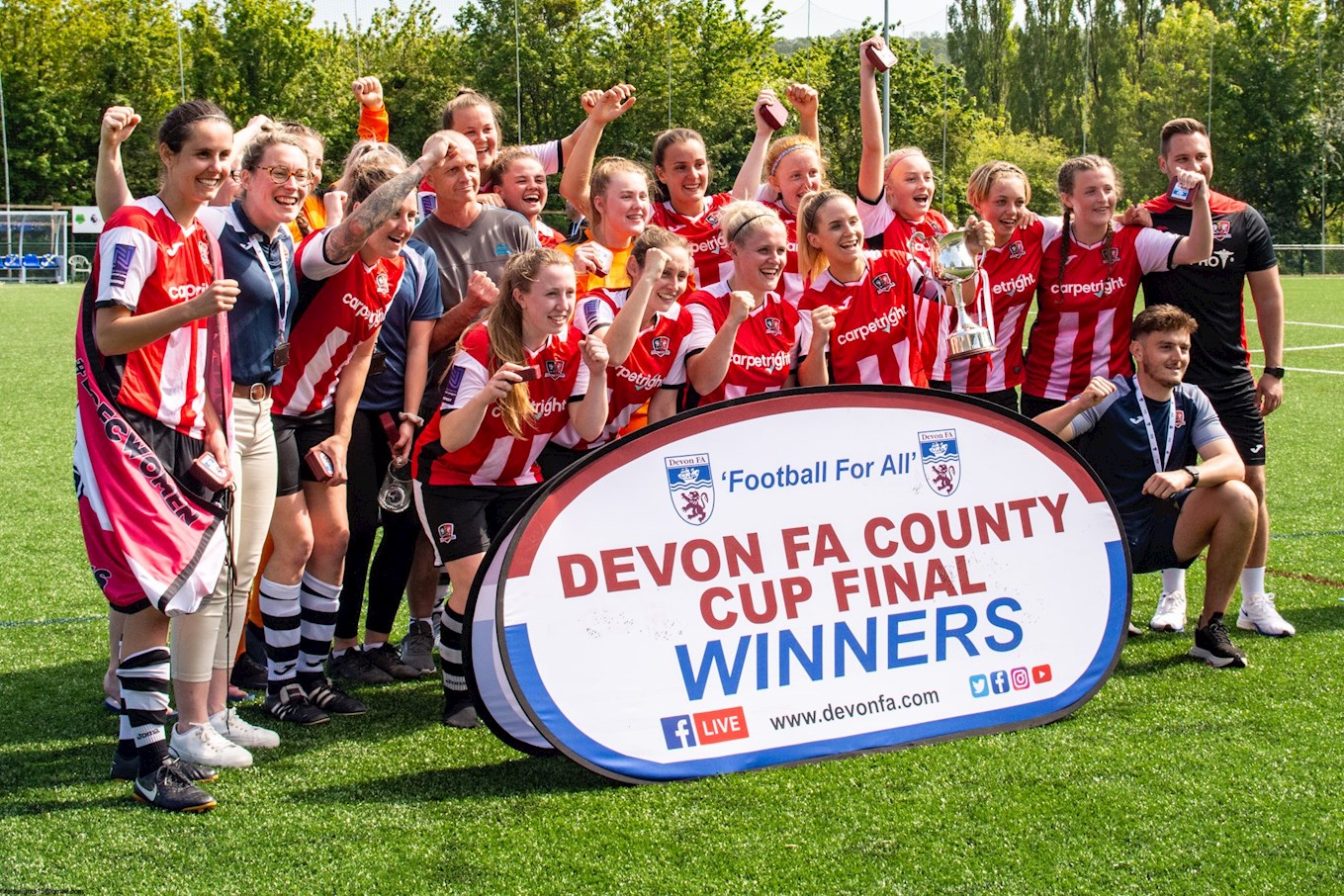