Bradford return to SJP this evening for the rearranged FA Cup replay against Exeter.

Here are three dangermen from the first two fixtures who are looking to make the difference for the Bantams.

No surprises here. His red card arguably changed the game in the first replay but before his marching orders, Angol was a constant presence up top for Bradford.

His physical stature caused the City defence some minor issues, though his over eagerness earned him an early-ish shower.

Angol has netted three goals this season and picked up an assist after his suspension, teeing up Levi Sutton in a quick counter to open the scoring against Tranmere.

The man who scored in the first Cup game at Valley Parade, Theo Robinson was an eternal threat to the Exeter back line. His composure put the Bantams ahead, after showing great pace to get away from Hartridge. 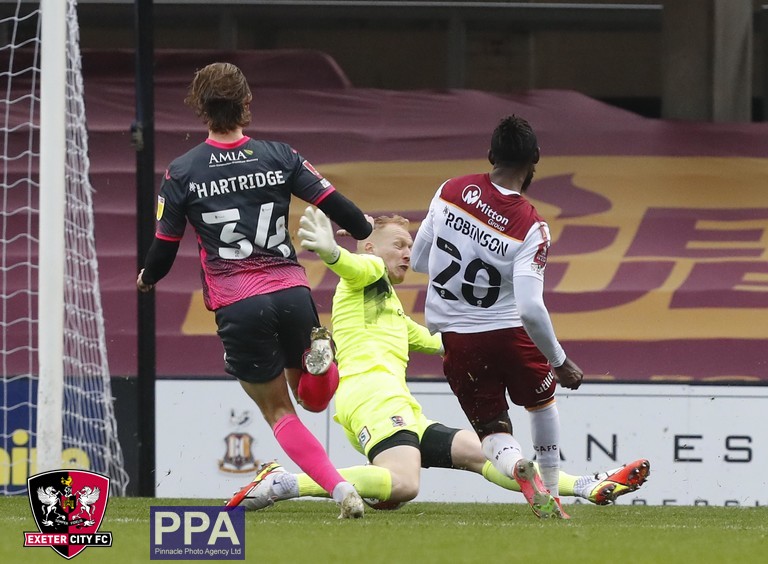 Although that was only his second goal of the season, Robinson has impressed up top for Derek Adams’ side since joining from Port Vale in the summer. The 32-year-old journeyman has scored everywhere he’s played, and Bradford is no different.

Bradford would be a lot worse off without their talismanic captain this season. The 6ft 3’ giant in the heart of the back three was a standout performer in the replay, winning countless headers. 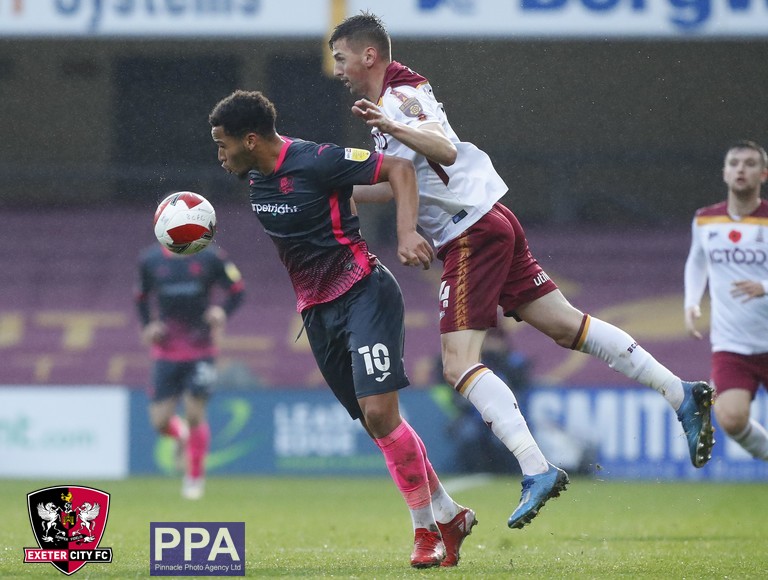 Bradford’s player of the year for 2020/21, O’Connor has stepped up as the skipper this season and at just 24 has a bright future ahead of him.

Tickets are still available for tonight's clash with Bradford City. Pay on the gate is in operation on the Thatcher's Big Bank. Tickets for the Stagecoach Adam Stansfield Stand and the IP Office Stand are on sale at St James Park, via the ticket booth in Red Square.