Exeter City Captain Matt Jay is up for the PFA Vertu Motors Fans' Player of the Month for League Two.

The nomination comes on the back of an impressive October for 'One of our Own', who scored five goals in five straight matches for the Grecians, contributing to the club being unbeaten in October. 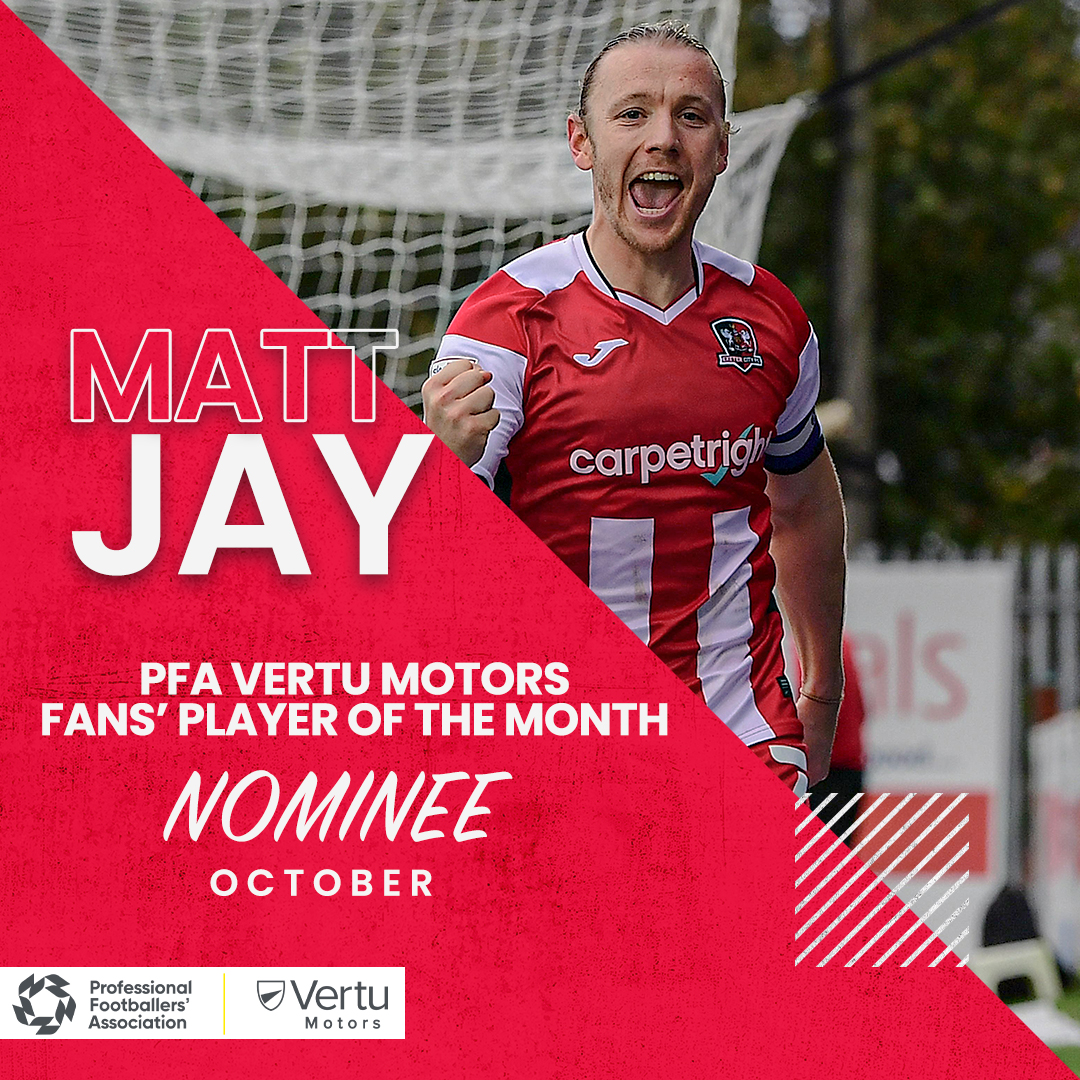 Here is what the PFA had to say:

Apart from the month's first game, Jay has scored in every game in October for Exeter, who had an unbeaten month, including three consecutive victories heading into November. Walsall also went unbeaten in October, thanks mainly to loanee Miller’s five goals in the month.

Telford had an electric end to the month with seven goals in just three games, including a hat-trick against Stevenage. Port Vale skipper Conlon has led the way for the team in October with five goal contributions from midfield, while full-backs James and Milsom have put in stellar performances on both ends of the field.

Fans can vote for the PFA Player of the Month votes via the 90min.com website - voting will close on Sunday 10 October at midnight, with the winners announced in the week following.


Exeter City skipper Matt Jay's strike against Oldham Athletic has been voted YOUR Vospers goal of the month for November.


Exeter City's home match against Tranmere Rovers on Saturday, December 11 (kick-off 3pm), will see the club support this season's Rainbow Laces campaign as part of a nationwide action to promote...


Can't make it to St James Park tonight for our top-of-the-table clash with Northampton Town? Why not get the next best thing with a LIVE stream on iFollow?