Exeter CIty’s Under-18s continued their climb up the standings of the Youth Alliance South West division following a 1-0 victory away at Newport County U18s on Saturday.

The first half was largely uneventful with the Grecians having the majority of the possession and the territory, however, clear cut chances were at a premium, meaning at the break it remained goalless.

But a more lively Exeter side took to the pitch in the second half, and they took the lead just before the hour mark thanks to Eli Collins’ long-range strike.

George Spencer almost doubled the visitors’ advantage, but despite City’s youngsters not registering another goal, they always looked in control, and they took a deserved three points back to Devon.

Head Coach, Chad Gribble, took his young squad to South Wales as they looked to continue the good form they had displayed in recent weeks across a variety of different competitions.

And despite several changes to the starting XI, the Grecians started in a positive manner, and controlled a lot of the early proceedings with their possession game.

Exeter’s youngsters looked to apply pressure onto the Exiles’ backline from the first minute and enjoyed prolonged periods in the County half, however, despite numerous occasions of good work in the final third of the pitch, there was never enough space to open up any real shooting opportunity.

The away side did enjoy a bit of luck down the flanks as the half wore on, however, the resulting crosses that came into the centre were not threatening enough, and again, the stubborn and rigid Newport backline remained resilient.

At the other end of the pitch, the hosts looked dangerous on the break, and during the final 15 minutes of the first period, they asked plenty of questions from Toby Nevile and his fellow City defenders.

But, again, with the interval on the horizon, it was the Devon outfit who had the bulk of the play, but they had nothing to show for it when the teams headed to the changing rooms for half-time.

After the restart, Gribble’s men took to the pitch with more intent and were largely better for it. With more runners off the ball, more passes were able to get in behind the Exiles’ backline, and the Grecians could exploit quick switches of play from one wing to the other.

It was through that avenue, working the ball from a throw-in on the right, before moving play quickly to the left side, how Exeter broke the deadlock in the 57th minute.

After Collins and Mitch Beardmore combined, the ball was cut back to George Spencer. The forward maintained close control and teed up Collins to shoot from 20 yards, and he bent a beautiful effort out of the goalkeeper’s reach and into the back of the net to finish off a superb passage of play.

Not long after, City were unfortunate not to add to their goal tally when some good play got them in behind the County defence again. This time, down the left flank, a pullback to Spencer found the striker within shooting distance, but at a tight angle, however, his resulting drive was turned away by a decent save.

Later on in the game, Alfie Cunningham moved further infield to get on the ball a little more, and he tried his luck from distance on several occasions, but he was unable to add to his team’s one-goal lead.

In the closing stages, the Devonians continued to let their dominance see out the remainder of time, and neat ball retention and clever game management helped them seal the victory when the full-time whistle sounded. The three points in Wales meant that they lifted themselves into fifth position in the South West division, and have games in hand to every club above them in the table.

Exeter City Under-18s Head Coach, Chad Gribble: “We were pleased with two things really from the game. There were bits of the performance we were happy with and our dominance with the ball. We gave the players a message at half-time which they all took on board, and then added their own ideas on top of that, and ultimately that led to the goal. Then secondly we were pleased with the personnel that came into the team after Tuesday’s FA Youth Cup game. Often that competition can provide us with a distraction, but the approach from the first whistle was right here, and despite there being some tired bodies, where some players had to play once again, they delivered a solid performance.

“We had different personnel in different positions, and some of the things we did should’ve been better, but overall it was very dominant from us and we never looked like conceding. I think we needed that first goal and breakthrough for the game to open up, which ultimately led to more chances, even though we weren’t able to take them. It was always going to need something special to break the deadlock, and despite playing some good stuff across the pitch, Newport had a stubborn back five. That meant we needed to come up with something a bit more cunning because bundling the ball in from close range was never going to be an option.

“Michael Lilley and Harrison King were both outstanding. Michael played 90 minutes on Tuesday, across two different positions, and then on Saturday he was everywhere, and showed a real speed and purpose to his display. Harrison, like Michael, was first to everything and was really positive on the ball. They both helped set the tone for the performance and allowed us to be dominant in the game.

“This coming Saturday we are home to Plymouth Argyle U18s, which is going to be tough. In the cup game against them a few months ago, there wasn’t a lot between us and that went to penalties so it will be another tough one like always. Form goes out the window almost every week in this league as every game is different which I like. I think it will come down to who can put their plan into action the best. Despite our recent run of good form, that only counts for something if you can deliver a performance on a Saturday. It is a game we always look forward to.” 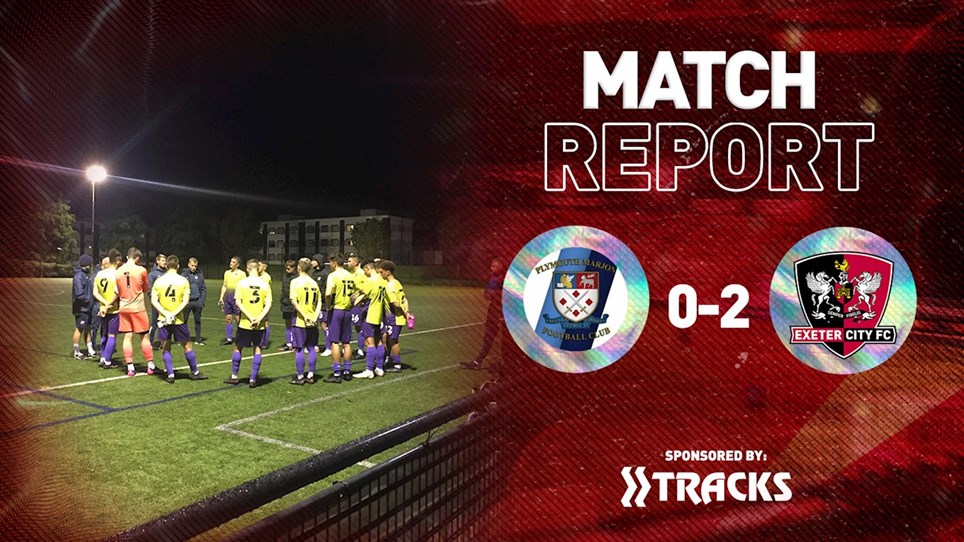 
Exeter City saw off a brave effort from Plymouth Marjon, progressing into round two of the Devon St Luke’s Bowl with a 2-0 win. 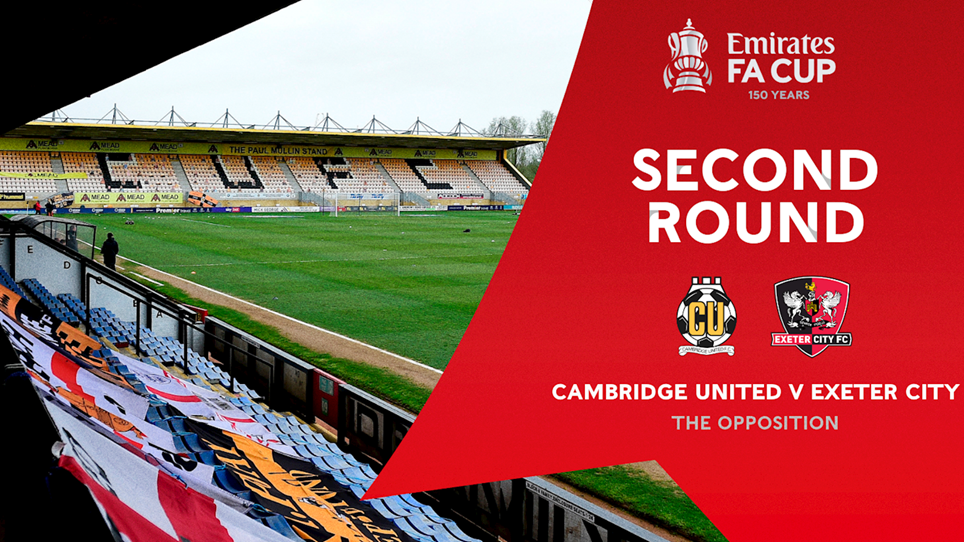 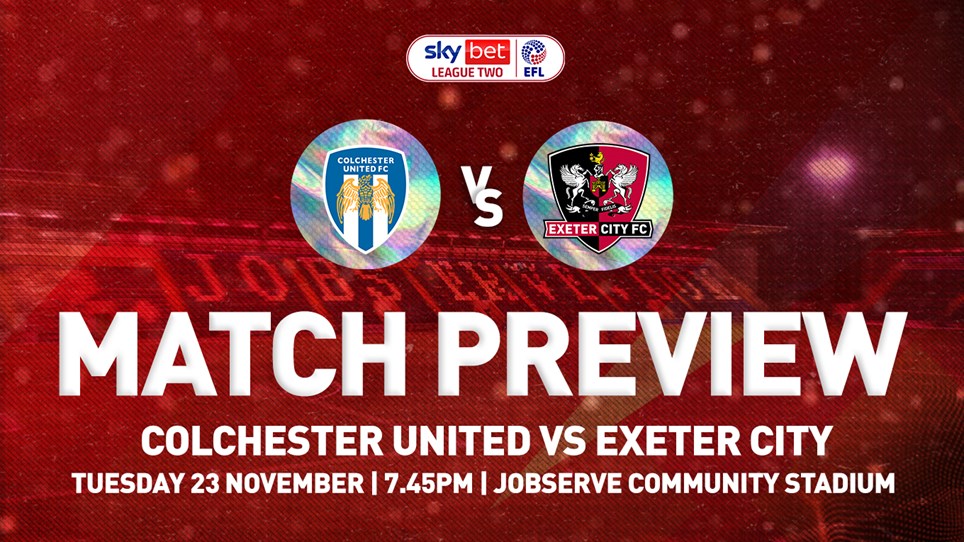 
Exeter City are finally back on the road after four games at home as we travel to Colchester United on Tuesday night. 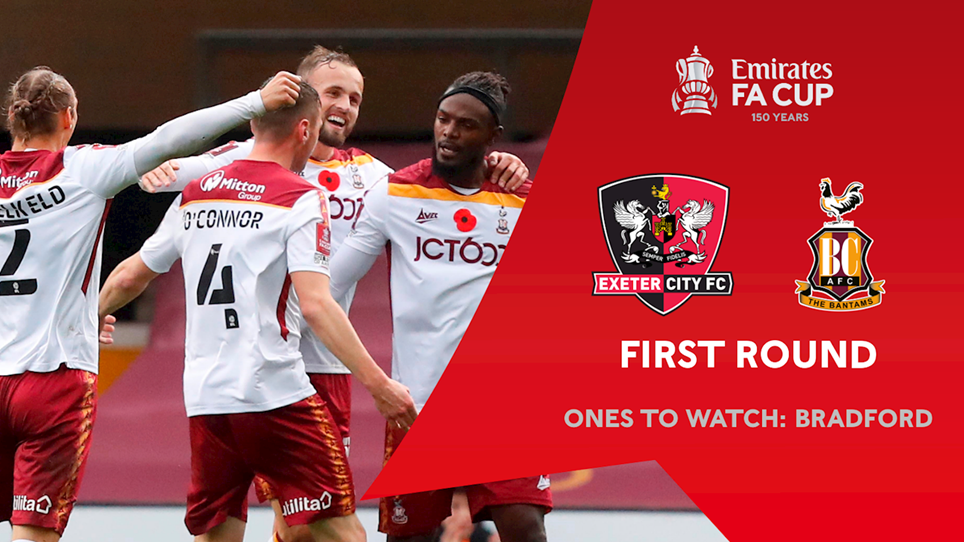 
Bradford return to SJP this evening for the rearranged FA Cup replay against Exeter.