We are delighted to announce that defender Cheick Diabate has extended his contract with Exeter City until 2023, with a club option for a further year.

Cheick, who made his senior debut for the Grecians in last season's Papa John's Trophy, has commited his immediate future to the Grecians, having joined the club in 2017.

This season, Diabate is out-on-loan at Truro City and has featured in the Premier League Cup for Exeter.

"It feels good. Signing a contract always feels good," the defender said, "but it's a case of still working hard and staying humble. That's the most important thing."

The 19-year-old central-defender continued: "This is such a good club to be at for young players, there are so many opportunities, so I'm more than happy." 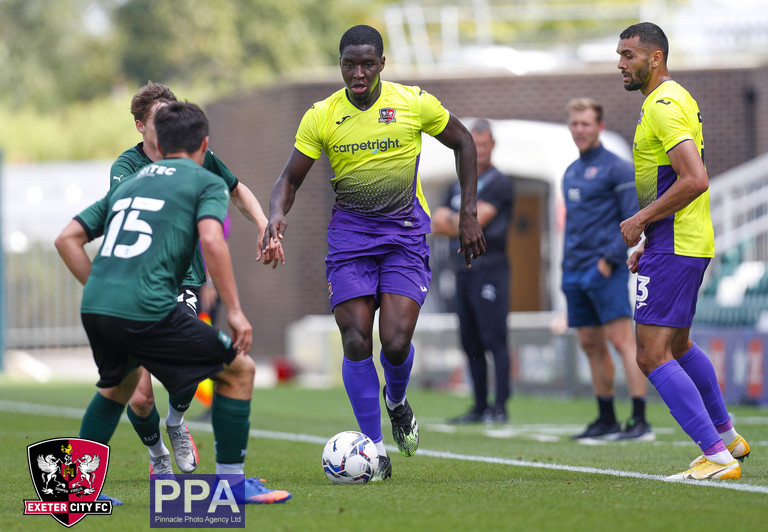 Diabate first joined Exeter City through the EFL exit trials after departing Stevenage and spoke of how the experience toughened his character.

"I left my home in South London at 16 and that was the hardest thing I have ever done in my life! To come here, do my scholarship and get a professional contract and now this new contract on top of that, its an amazing feeling. My family are so proud of me.

"I especially want to thank every coach here at Exeter City, for giving me their time; working with me all the time; and being patient with me; and wanting the best from me."

Cheick is currently on loan to Southern League side Truro City and is relishing his time with the Cornish club.

"It's good to get game time this year, its a good league to play in as well. I'm playing with good players and am coached by ex-pro defender Paul Wotton too, so its a good experience on a whole."

The centre-back is hungry to come back to St James Park and gain his League debut and we are delighted he'll be sharing the next few years at Exeter City.

Hear more from Cheick below👇