Exeter City continue their Papa John's Trophy campaign with a trip to League One Cheltenham Town.

The Grecians picked up a point their opening fixture with Chelsea U21's after Matt Jay equalised in the last minute of normal time. The Blues took the bonus point on penalties. The Robins also fell to defeat on matchday one of the Papa John's Trophy with a 2-0 loss to Bristol Rovers.

City, likely to chop and change the squad after a battling draw against Walsall on Saturday, go into the game unbeaten in eight. In stark contrast Cheltenham are on a run of four consecutive defeats and will be looking to kick start their season on Tuesday night

"Some players need a good performance on Tuesday and it's another opportunity for them. We're resolute when e need to be, but other teams are dictating games so that my be a shape thing.

"I'll look to address that this week, and might try some new bits and pieces on Tuesday, as a free hit on how personnel react."

The nearest train station to the Jonny-Rocks Stadium is Cheltenham Spa, which is on the Crosscountry mainline toward Birmingham New Street and the North. Services run approximately every half an hour from Exeter St Davids.

To get to the town centre from Cheltenham Spa railway station you can either walk (approximately 20 minutes), get the Stagecoach D bus (departs every 10 minutes during peak times) or get a taxi (there is a taxi rank at the station).

If you can't make it to Gloucestershire on Tuesday night you can still follow the game live on our social media, as well as live of iFollow for just £10, with commentary coming from the Cheltenham Town's feed.

After the match we will bring you reaction from manager Matt Taylor and a player. 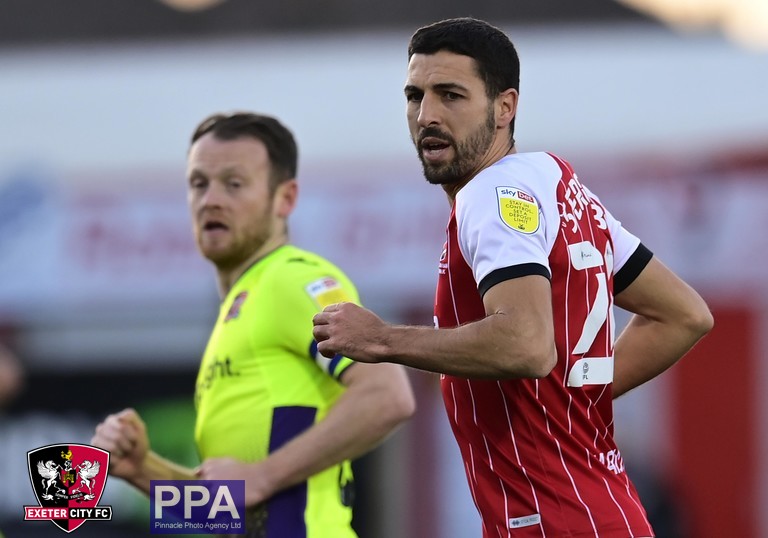