Harry Lee’s heroics in a penalty shoot-out earned Exeter City a bonus point against League One Cheltenham Town in the Papa John’s Trophy.

Lee made two brilliant saves after Pierce Sweeney, Jake Caprice and Harry Kite were on target for the Grecians.

In normal time, Colin Daniel netted on his City debut with a thumping header in the first half, before Town equalised through Ellis Chapman.

Archie Collins restored the Grecians lead instantaneously before a second half strike from Felix Miles sent the game to penalties.

Matt Taylor handed full debuts to Josh Coley and Collin Daniel as the gaffer made wholesale changes from Saturday’s draw with Walsall. Archie Collins also started his first game after a couple of cameo appearences so far.

The positive start continued. The early Cheltenham nerves almost gifted City a City goal and Amond pounced upon a loose back pass, but couldn’t quite beat Owen Evans at his near post.

In the spell City capitalised. Owura Edwards forced a corner on the left-hand side. The Grecians took it short to Callum Rowe who delivered a pinpoint cross onto the head of Colin Daniel who thumped home with his head. 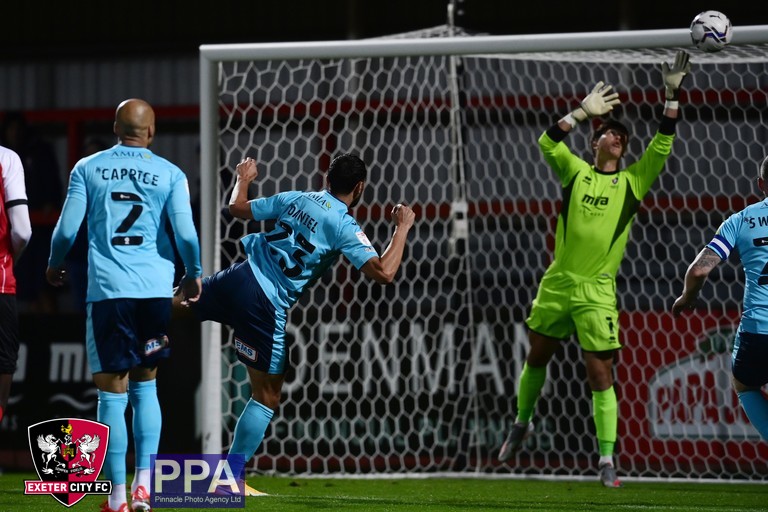 Kyle Vassell carved the League One side’s first chance of the evening. Jake Caprice flumped a high ball into the Gloucestershire sky. Vassell expertly brought it down, shrugged off Pierce Sweeney put struck over with his left-foot.

Edwards was getting a lot of joy down the left in the first half hour and floated a ball precariously into the Cheltenham box. The Robins keeper looked nervous as he tipped it over.

In a rare foray forward, the Robins stung Harry Lee’s hands as Christian Norton’s snapshot was fired in. Sweeney was on hand to pick up the pieces.

Despite City’s dominance of the half, Town were level on 37 minutes. Chris Hussey swept in a free-kick. Jonathan Grounds could only half-clear to Ellis Chapman who fired the ball beyond Harry Lee. 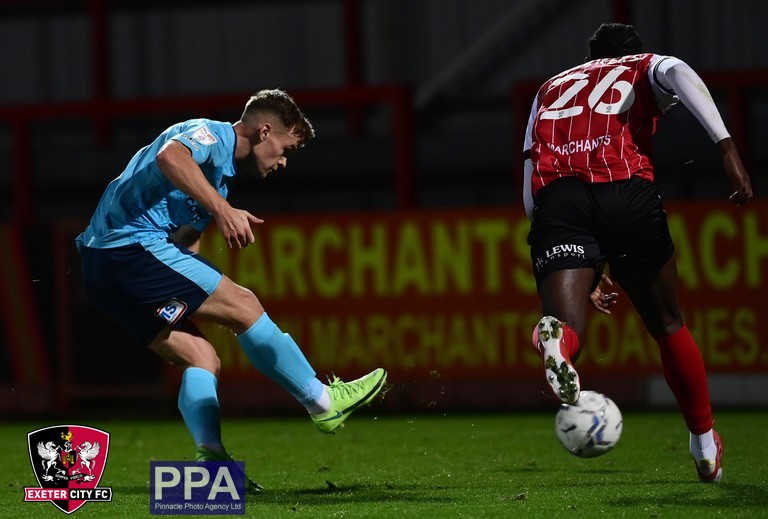 Parity was pointless for the Robins. From the restart City sent a long ball forward. The Cheltenham defender couldn’t sort his feet out and Archie Collins nicked the ball on the edge of the home side’s area and calmy slotted past Evans to restore the Grecians’ lead.

Josh Coley almost bagged a beauty as his he clattered the post from all but 40-yards. Cheltenham themselves were far from out the game as Lee was called into action again, claiming Norton’s low effort.

On 49 minutes, Matt Taylor gave the travelling City fans a moment to remember. Sonny Cox was introduced for his Exeter City first team debut at just 16. Another ‘One of our Own’ given his chance to shine in a senior City shirt.

In action Cheltenham hit the side netting as they came out from the break searching for an equaliser. Elliot Bonds soon fired over as the home side grew in confidence.

The game began to look like it was losing its momentum, but Cheltenham’s Felix Miles scored Town’s second equaliser of the evening out of nothing. Miles plucked the ball from the sky and fired home.

Dan Crowley then bent wide as the League One side became the hungrier of the two teams. Vassell also went for goal from range but suffered the same outcome.

Vassell went close again with 12 minutes to play but Alfie Pond scrambled across to prevent the effort. From the resulting corner, Norton somehow turned the ball wide from a yard out.

Cox had City’s best chance of a drab second half. Grounds made a surge down the left and delivered to the youngster to head over. That was how it stayed until full time and for the second EFL Trophy game in a row, the bonus point was to be decided on penalties. 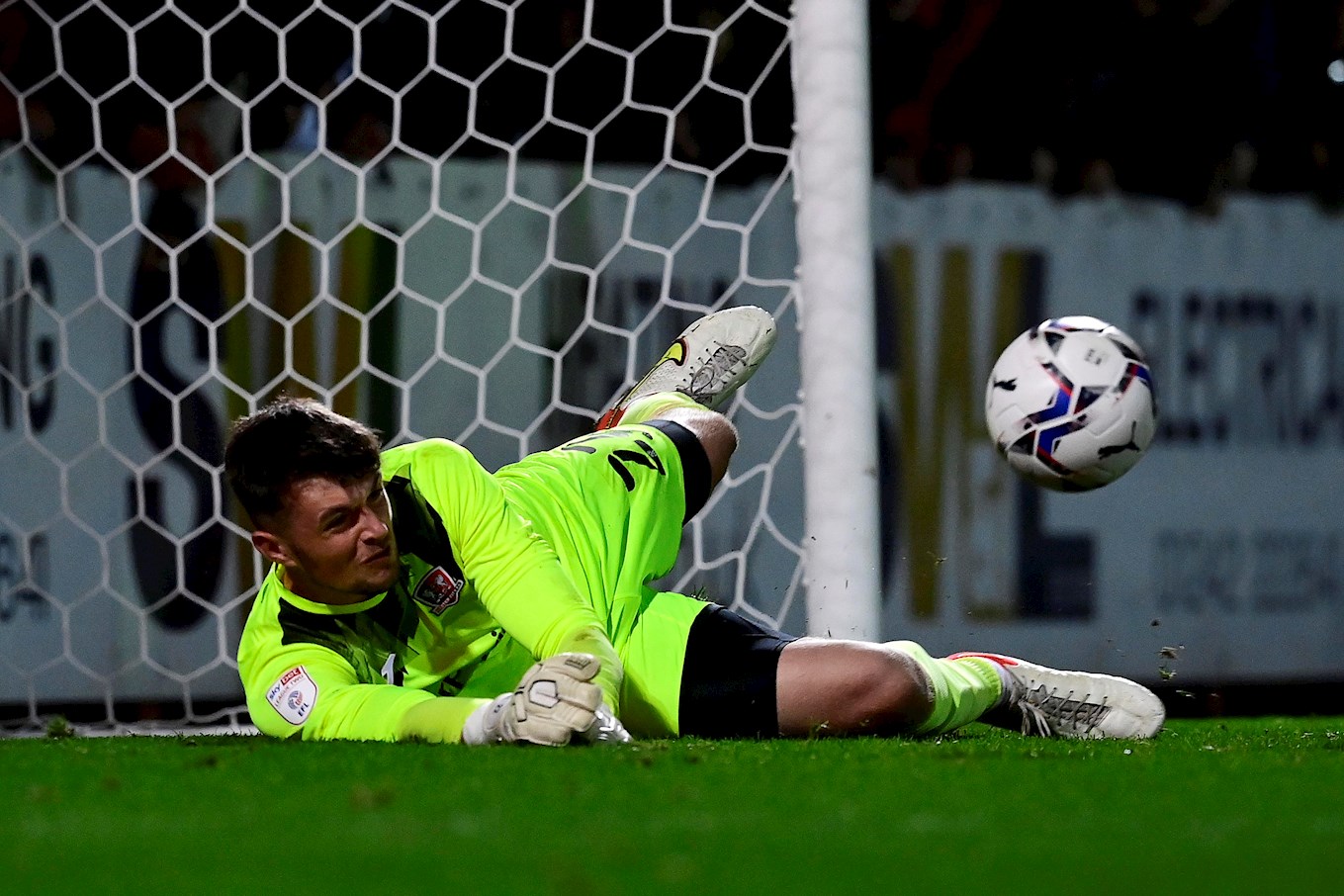 Amond skied the first penalty for Exeter before Norton took the advantage for the Robins.

Cox was denied by a good save from Evans as Town looked destined for the bonus point. That was until Harry Lee made a brilliant save down to his right to keep City somewhat in the game.

Jake Caprice found the net with his penalty and Elliot Bond put straight into the hands of Lee to level the scores.

The games continue thick and fast, as Exeter travel to Stevenage on Saturday to try and make in ten unbeaten...