We are delighted to announce that One of Our Own, Jack Sparkes has signed a contract extension until the end of the 2022/23 season.

Sparkes, who is closing in on 100 appearances for the Grecians, has committed his long term future to the club for whom he made his first team debut aged 16.

With 89 appearances in red and white, Jack has become one of the most senior players at the club, despite his tender age of 21, and has scored five goals so far. Perhaps one his most memorable came last season, with an outstanding solo effort against West Bromwich Albion in the Papa John's Trophy.

Jack had a strong pre-season campaign this summer, and featured in City's first three matches of the 2021/22 season before he was sidelined with a shoulder injury at Leyton Orient in August, however he is confident that he should be back on the pitch before the end of the year. 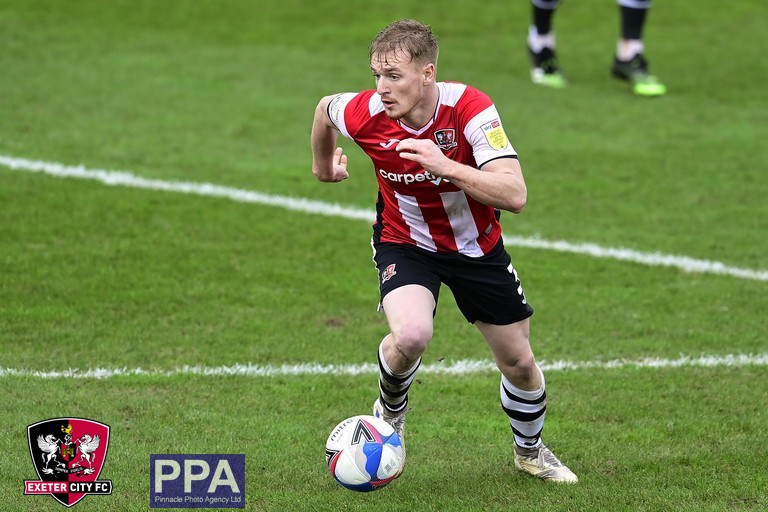 "It was brought up in pre-season about me signing a new contract but due to the injury we held off a little bit, but now it's signed I'm really happy.

"There is no better place for me to be playing regular first team football. I'll be really happy when I get to 100 appearances so I can't wait to get back on the pitch."

Manager Matt Taylor added his thoughts on Jack's new deal. "As always, I'm absolutely thrilled that our young players are committing their future to us.

"It’s the hardest part of my job, keeping hold of our young players, which is a great reflection on our academy."