Exeter City came from behind to extend the unbeaten run to 14 in all competitions as goals from Tim Dieng and Matt Jay saw off Mansfield Town.

The Stags had taken the lead through Oli Hawkins shortly after the break but the Grecians responded well and Dieng nodded in the City equaliser ten minutes later.

Matt Jay netted the winner with his own back-post header as the Grecians pick up their second victory on the trot. 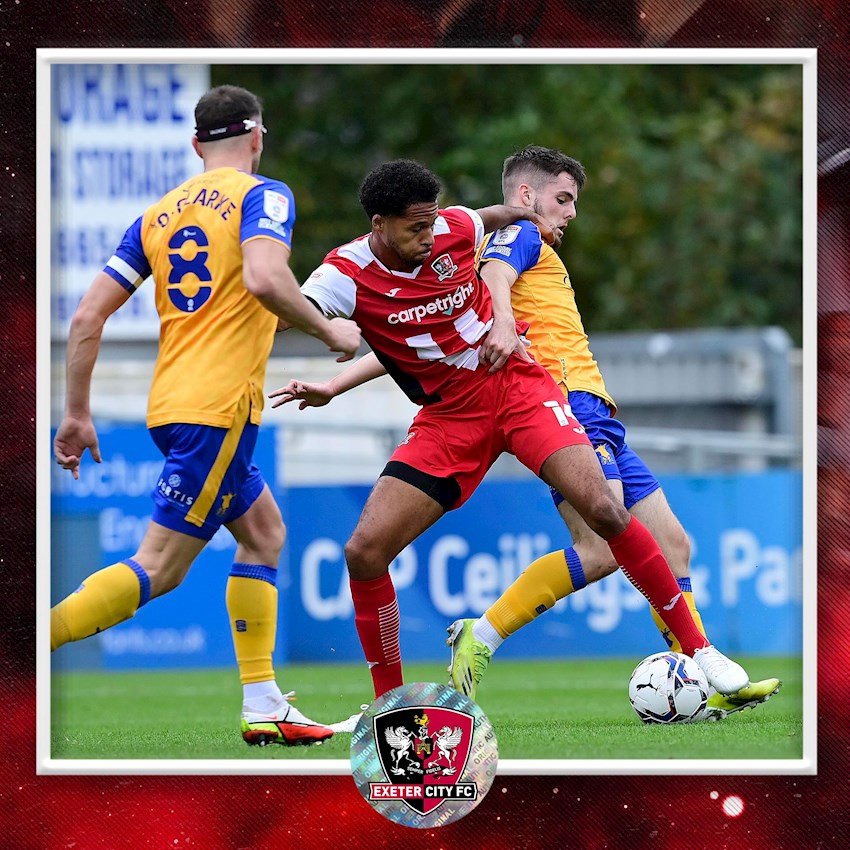 Farrend Rawson had the first half sight on goal for the visitors. A high corner was met by the centre-half, but he didn’t get a clean connection.

Mansfield didn’t look a team short of confidence. Neat play on the right allowed James Clarke to cross and without divine intervention from Pierce Sweeney, Jordan Bowery would have opened the scoring.

Exeter had glimpses of brilliant in an otherwise slow half an hour. Matt Jay fizzed a ball across the box with Sam Nombe unable to make contact. For Town, Harry Charsley ensured Cam Dawson was still awake with a tame side-foot from the edge. 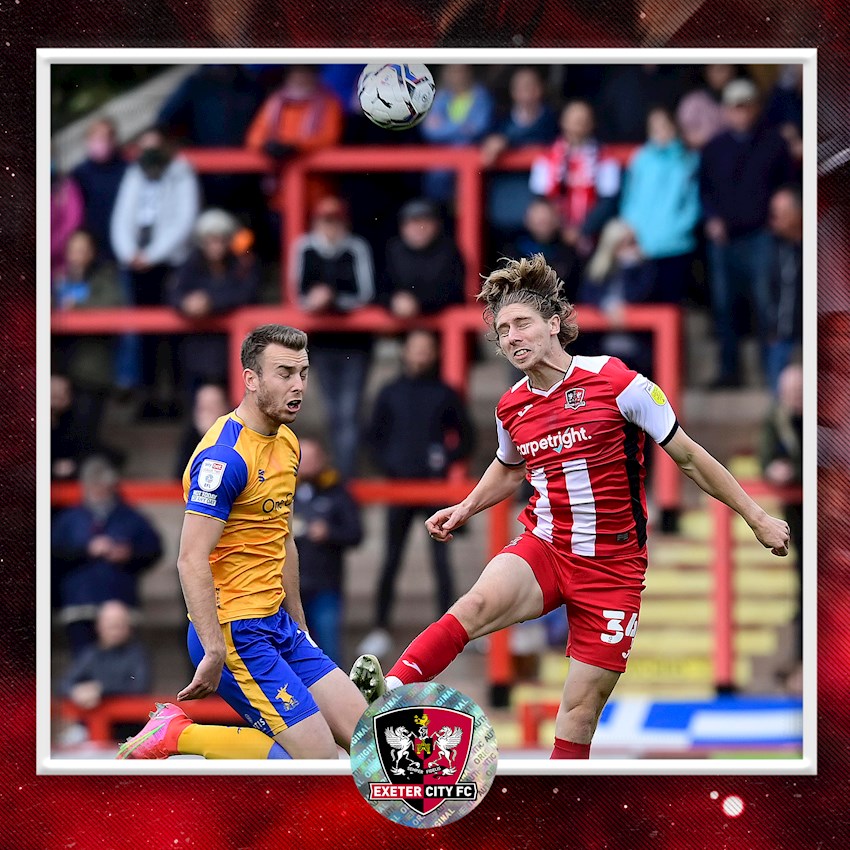 MJ similarly tested Nathan Bishop after Archie Collins had sent the striker through. Bowery had the best chance of the half, heading just wide from another Charsley cross.

Josh Key saw a whipped ball from the right finger-tipped away as the initial 45 drew to a close.

City’s second half response was much brighter than anything produced in in the opening exchanges. Nombe was given the chance to show his pace. After getting behind the Mansfield back line, he pulled the ball back to Jay who had to be denied with a smart stop by Bishop.

Town survived the early City momentum and took the lead in the 50th minute.

Pierce Sweeney was not allowed to return to the pitch to defend a Stags free kick. His physicality was clearly missing in the middle as Oli Hawkins headed home.

City responded well to the goal and got on the front foot for the first time, finding themselves level.

Podge Amond was introduced on the hour and immediately stamped his mark on the game. Amond kept the ball alive inside the Mansfield box and from the touchline picked out Tim Dieng unmarked at the far post, to head into an empty net. 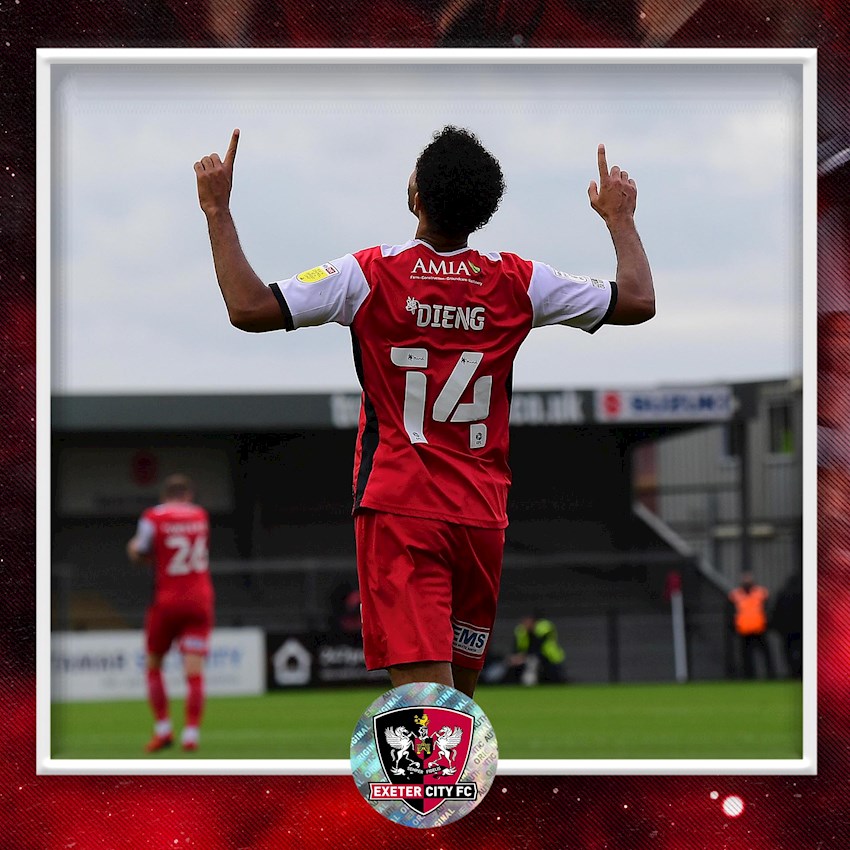 Jevani Brown’s return from injury almost found an assist himself. His corner was met by Nombe, but the striker could only send his header into the Big Bank.

Rhys Oates had a great opportunity for the Stags on 73 minutes. The Mansfield man wriggled free of Alex Hartridge but sliced his effort wide.

Key went close as we moved into the last 15 minutes. A mess of a corner bounced around the Town box. Brown recycled possession and looked for Key on the edge, but the right-backs shot was deflected on its way toward goal.

Mansfield could barely get out their half and City made them pay with seven minutes to play.

Pierce Sweeney played a long ball forward towards Brown. The number 20’s chest control was perfect and rolled Archie Collins in behind. Collins won the race to the ball and floated a delightful cross to Matt Jay at the far post who squeezed his header in the near post to out the Grecians 2-1 up. 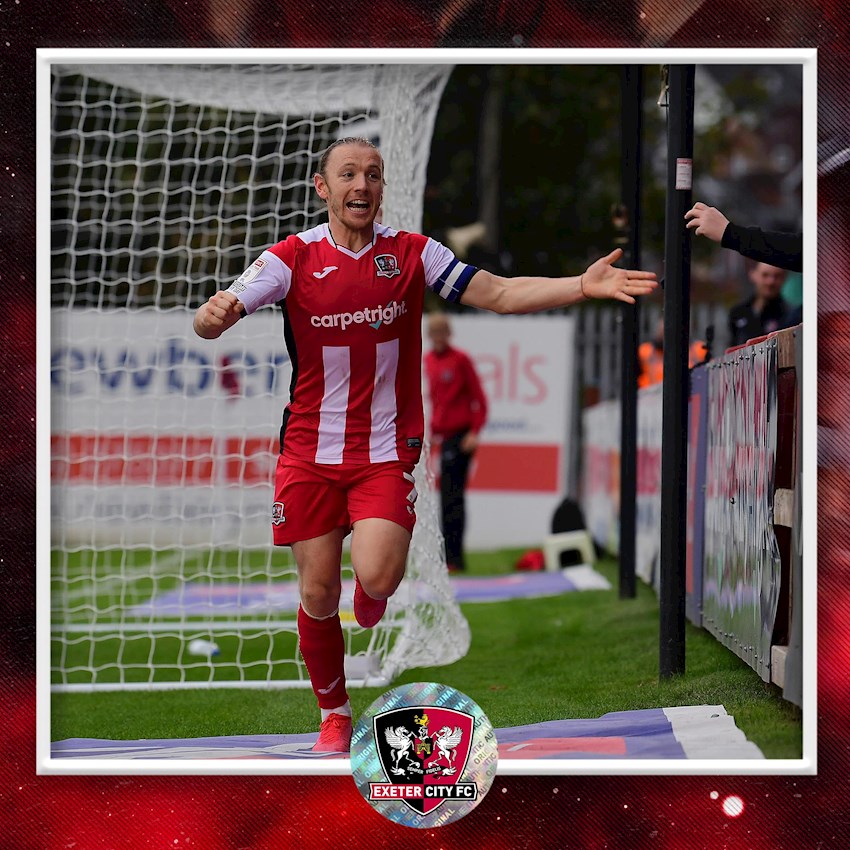 Sam Nombe got agonsingly close to extending his own form when he rounded Bishop in injury time but the defender got back to denycthe striker’s seventh in as many games. Nombe still pressed on and hit the post with the last kick of the game as City sealed the win in the club's 4000th Football League appearence.

Exeter City are next in action on Saturday October 30 when they travel to Salford City.