Exeter City Women return to League action this week with two fixtures in the space of five days, starting with the visit to Buckland on Wednesday evening (7.45 Kick Off.)

It has been a difficult summer for the Yellows. Jamie Phillip departed as Manager and, after several of last season’s squad moved on to other clubs, the task of rebuilding the team is with newly appointed Manager Simon Wallace.
Experienced defender Sarah Smith has returned as Captain, yet the team has seen many new faces arrive from various clubs around the southwest. Dani Harper and Sam Kotlinska signed from Plymouth Argyle, whilst Siana Goddard, Daisy Aylott-Loader and Freya Jackson, all are seeking to advance their development at National League level with Buckland.

Former Grecians, Carmen Morison, Hana Bennett, Amber Guy-Kemp and Katie Barriball are also signed with the Homers Heath side, with a chance to impact on the Yellow’s season upon selection.

With such a high turnover of players during the summer, results, understandably, have been hard to come by. An opening day defeat to Larkhall (1-3) was followed by a heavy defeat at current league leaders Chesham United (8-3). 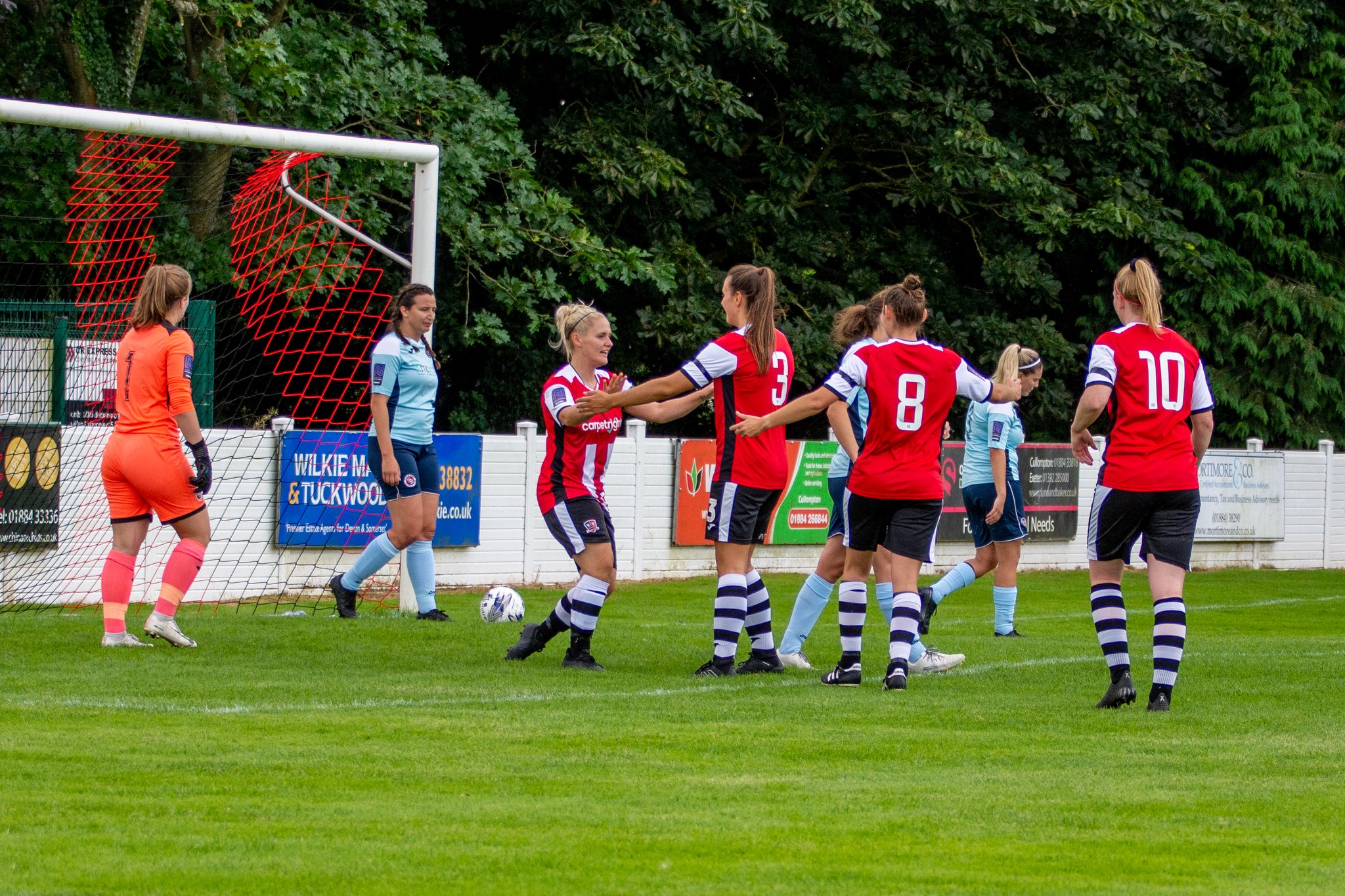 However, there was plenty of encouragement from a win at Poole Town, Chloe Williams at the double as Simon Wallace got his first three points as Manager in a 4-1 victory. Portishead Town hit eight as they took the win at Homers Heath in the team’s last league encounter, whilst the Yellows were comfortably beaten in their League Cup fixture at Cambridge City. Whilst the seventeen-nil score line tells one part of the story, the fact Buckland travelled a 550 mile round journey with only ten players available, is testament to the character and commitment of those players part of the Yellows' squad this season.

City ran out 6-1 winners the last time the two sides met, Meg Robinson and Anthea Kaptein both scoring twice in the victory. Without a win since opening day, Abbie Britton and Aaron Wakley will be viewing this as a big week for the team.

Larkhall Athletic visit Speeds Meadow on Sunday and the team will be hoping to go into that fixture with the boost of three points. With former Buckland players returning to Homers Heath for the first time, and the rarity of National League action under the lights, this looks set to be an exciting Devon Derby full of goalmouth action.