Exeter City put in the perfect performance on the road to register their first three points of the season on the road and hit Scunthorpe for four at the Sands Venue Stadium.

Manager Matt Taylor named two changes to the side which drew with Forest Green Rovers at St James Park last week, with Jevani Brown and Harry Kite returning to the side as Kyle Taylor and Padraig Amond dropped to the bench.

It would almost be the perfect start for the Grecians, as a long ball from Cameron Dawson was held up by Sam Nombe allowing Jevani Brown hit the ball on the half volley, the dipping shot looked destined for the top corner, but Rory Watson got fingertips to it to claw it wide of the post.

A stop in play would slow down the tempo, as Iron captain Harry Davies went down with a head injury, thankfully after treatment and a change of kit he was able to play on. 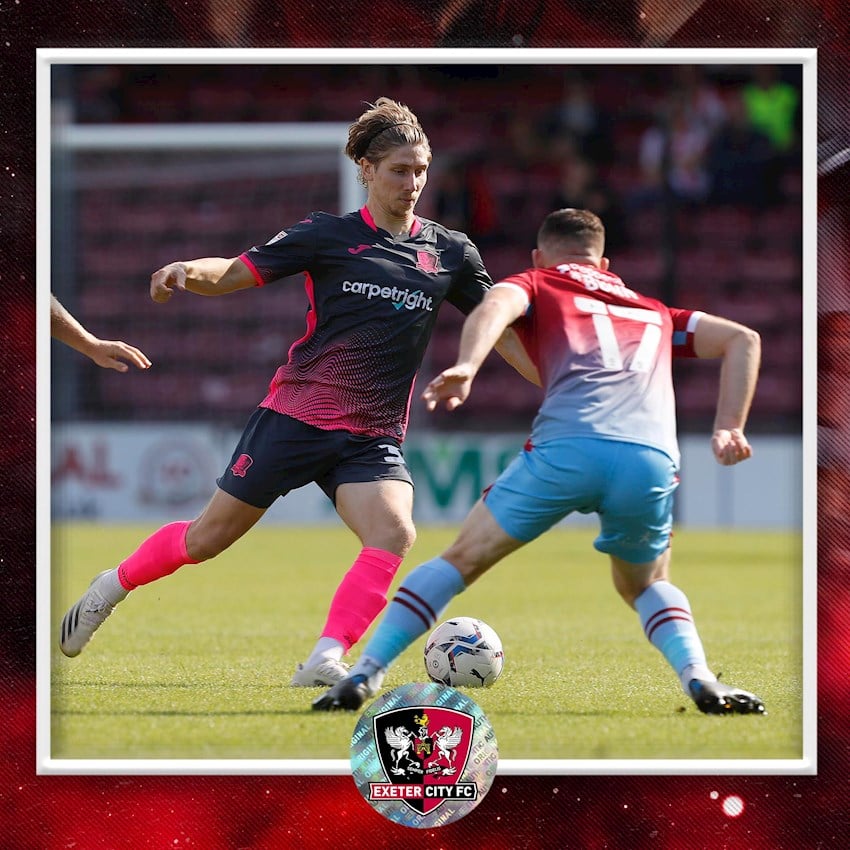 City could have taken the lead after ten as Jevani Brown twisted in the centre of the park before sending the ball to Alex Hartridge who would deliver a wicked cross from deep which was headed just over by Matt Jay.

The Irons first real chance would come next as Bunn beat two men down the right-hand side before sending the ball across goal. It reached Scrimshaw who takes a touch and releases a shot, but it was well defended. The resulting corner was swung in which was headed well wide of the goal by Harry Davis.

After a spell where both sides were scrapping for possession of the ball, City would win a cheap corner which was too close to Watson, but he spilled the ball and Nombe almost got his shot away but strong defending from the Iron allowed them to clear, Jevani Brown’s follow up effort sailed just over the bar.

Scunthorpe thought they had taken the lead after half hour as a ball ricocheted into the area saw Scrimshaw through in on goal. He clatters with Dawson and the ball fell kindly for Bunn who slotted home, however the Linesman’s flag saved City's blushes.

At the other end some great play down the right from Josh Key saw the ball fall to MJ in the area, but his shot was just wide of the post.

The Grecians would get the goal their attacking play deserved on forty-three minutes as superb work in the middle from assist king Jevani Brown saw him chip in a delightful ball that captain MJ flicked into the corner of the net. 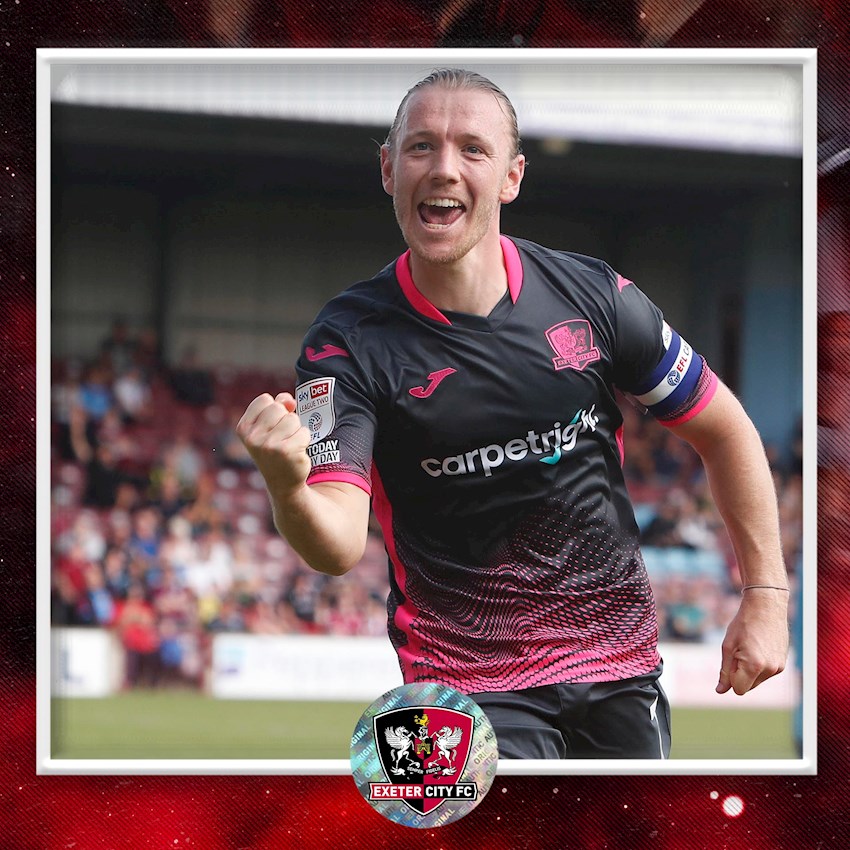 Scunthorpe forced a corner deep into stoppage time, but the Grecians would hold on for a deserved half time lead.

The Grecians would start the second half on the front foot and would double the lead instantly from the kick-off! The impressive Jevani Brown would again be the menace as he held the ball up in the area and poked through to MJ to slide through the keeper for the captains second of the afternoon!

The early goal gave the Grecians even more confidence as Brown again found space to slot through to MJ out wide, his low cross was towards Nombe who slid in but couldn’t connect with the cross.

It would only take until 58 minutes for City to make it three as a break down the right through Brown sees him slide in Key who is the calmest man in Lincolnshire as he prods home to send the away end into raptures! 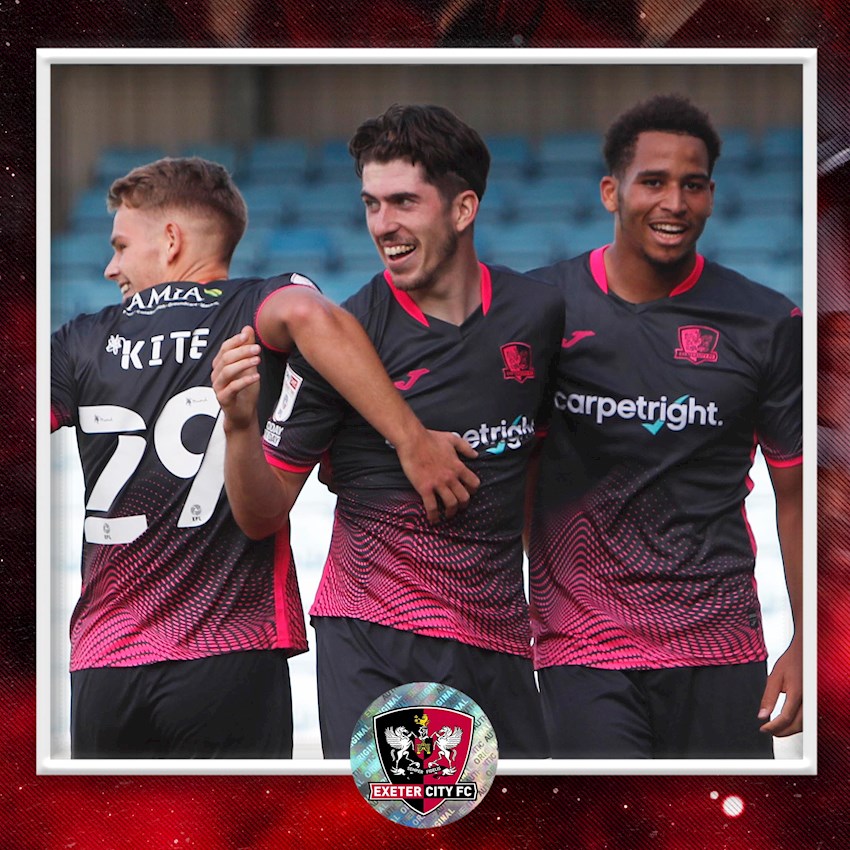 Scunthorpe looked to hit back after the hour as Thompson found space to put in an inviting ball in for Scunthorpe but there's no one in a claret and blue shirt on the end of it.

Cameron Dawson had had a pretty quiet afternoon but was forced into a reaction save with 71 minutes on the clock as a low ball was sent into the area and it feel to the feet of Beestin, his shot was palmed over by Dawson.

The Grecians put the game to bed on 75-minutes as Jake Caprice went racing down the left, he cut inside and sent a ball across the face of goal to give Tim Dieng the simplest of finishes to get his second Grecian Goal and make it four.

The game settled down in the final fifteen and the Grecians took a well earned three points away from the Sands Venue Stadium.