Exeter City make their shortest trip of the season this weekend as we travel up the M5 to take on West Country rivals Bristol Rovers at the Memorial Stadium.

Having seen last Saturday's home match with Barrow postponed, it will be the Grecians' first run out in 11 days, with City going into the match on a run of six wins from eight, with four wins in a row following our last gasp winner over Harrogate Town in our last outing.

The Gas are also in electric form, having lost just one of their last eleven matches, keeping four clean sheets in a row and winning their last three - including Tuesday night's 2-0 victory away at Leyton Orient.

This will be the third meeting between the two sides this season, with City winning 4-1 and 5-3 in the earlier league and Papa John's Trophy clashes, both at St James Park.

The Grecians will be in our anthracite grey and pink away kit for this match, with the yellow goalkeeper strip.

In what could be considered a 'local' game for the Grecians, Taylor expects a tough match against one of the division's best sides in recent weeks.

"We travel to a team in good form, who are keeping clean sheets and scoring goals at will," he said.

"They have some outstanding players at this level, but we're in good form ourselves coming off the back of the win over Harrogate.

"I know we sold out weeks ago, and I'm sure as a reflection of their good form, the home fans will fill the stands as well. Hopefully it's a fantastic atmosphere.

"It's always a good pitch and a big pitch, and a good place to play football, so hopefully as always it's a good reflection on two good teams."

Saturday's match is SOLD OUT as 1,129 Grecians will back their side this weekend. There will be no sales on the day at Bristol and supporters without a ticket should not travel to the match, as they WILL NOT be able to gain entry.

Not one of the luck 1,129 at the Memorial Stadium this weekend? Fear not, get the next best thing and listen LIVE on iFollow! 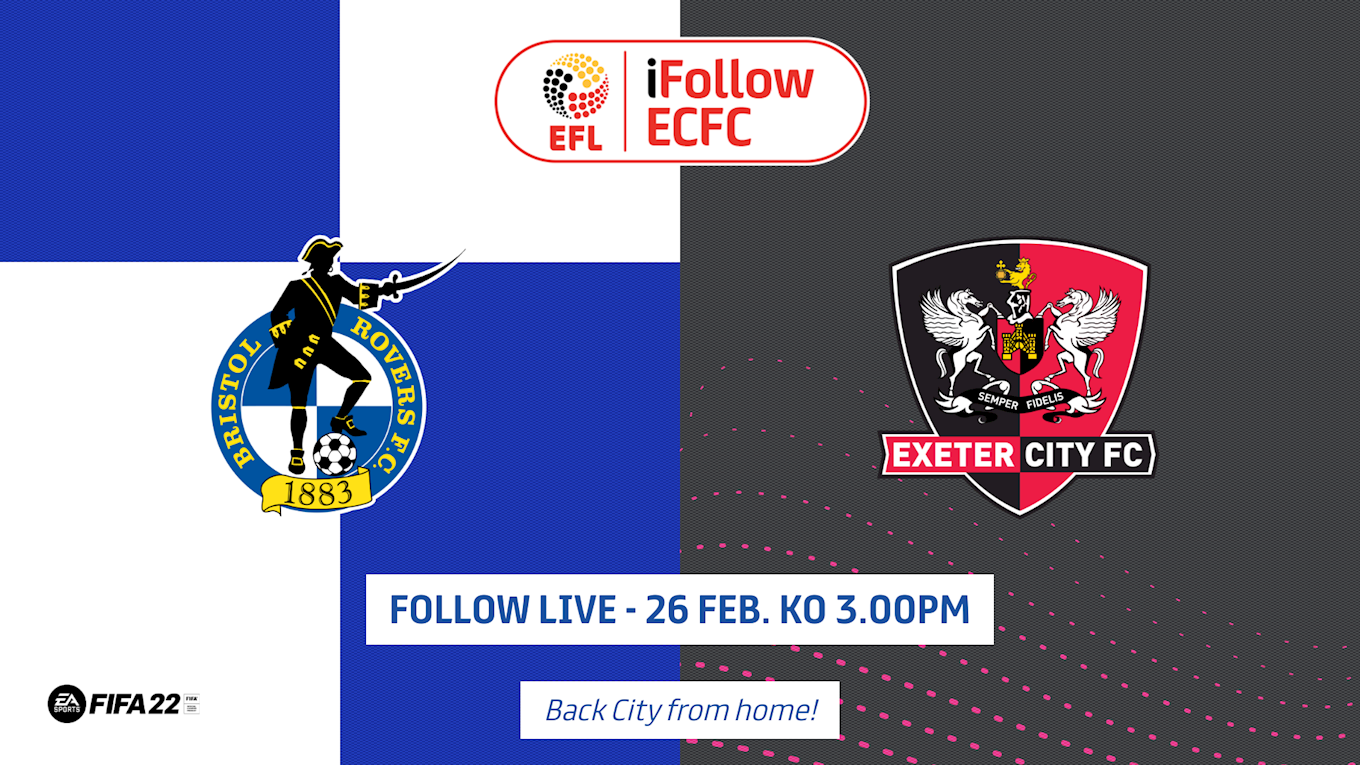 The Grecians blew away the Gas in the first half of the Papa John's Trophy clash, as they led 5-0 at the break. Josh Coley and Padraig Amond both scored braces while Tim Dieng also found the net as Matt Taylor's team scored three inside the first 12 minutes. Rovers mounted a comeback in the second half with three goals, but it was too little, too late.