Grecian Travel, which is run by the Supporters Club, has for a number of years raised funds for local charities by selling teas, coffees and cakes on the coach to away games.

The ‘makings’ are all donated free of charge by the travelling fans. Marge Lowe, ably assisted by Janet Burch, is the chief tea maker.

Over the years several thousand pounds have been raised and at the end of each season the proceeds of the tea and coffee sales (plus any additional monies from raffles or donations etc) are presented to the chosen charity/charities. 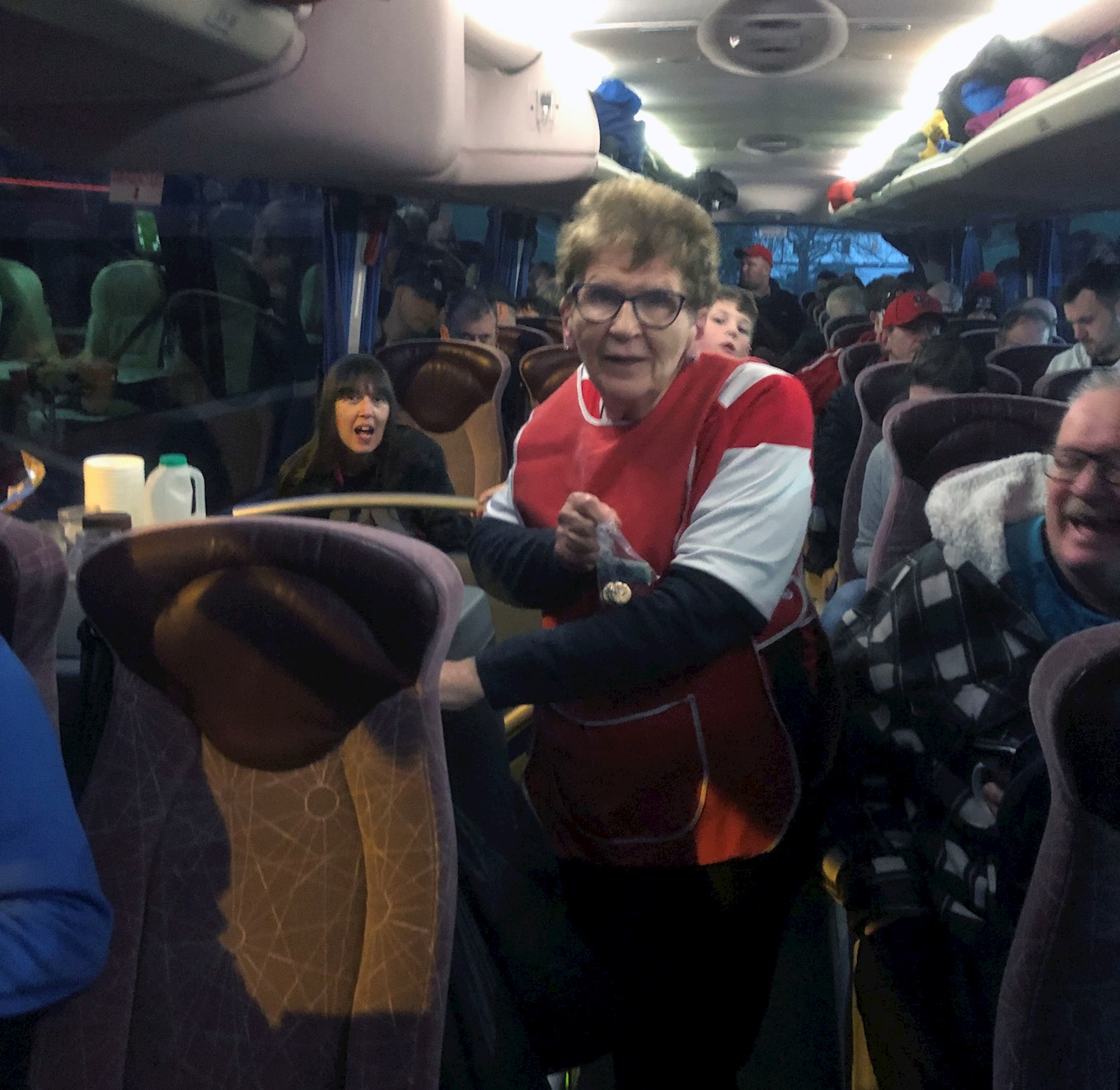 It was decided that the proceeds of the last season of away trips, pre – Covid, would be split between Prostate Cancer UK and another charity, yet to be finalised (£826 each).

When Marge and Janet learnt that Dan Green was raising funds for Prostate Cancer it was decided to present the cheque for £826 directly to him before the recent Scunthorpe game.