Three teams at top of the Youth Alliance South West division are now level on points following a 2-1 victory for Exeter City’s Under-18s away at Forest Green Rovers U18s on Saturday.

Despite FGR starting the better, Chad Gribble’s side grew into the first half and broke the deadlock after 35 minutes when Mitch Beardmore precisely found the bottom corner direct from a free-kick.

The Grecians doubled their lead just before half-time when Joe O’Connor dribbled his way past two defenders and unleashed a powerful strike past the Rovers goalkeeper.

In a difficult second period, the hosts halved the deficit from the penalty spot, however, Exeter’s backline, and in particular ‘keeper Harry Lee, stood up to the challenge to make sure that all three points came back home to Devon.

City’s Under-18s returned to league matters with a trip to an in-form Forest Green U18s having had a three-week period since their 2-0 defeat to title rivals AFC Bournemouth.

Buoyed from their nine points from their previous three games, the Gloucestershire club started on top, and, for the opening 10 minutes, applied plenty of pressure onto the visitors’ defence.

Forest Green saw lots of the ball in the final third during the early exchanges, and threatened through several menacing crosses put into the Grecians’ 18-yard box. Gribble’s men, on the other hand, were struggling to get a foothold, and, despite having the wind advantage, were unable to find a way out of their own half.

Eventually, after 15 minutes, Exeter managed to settle into a rhythm, and they looked their most dangerous when they applied a higher press.

And it was through the aggressive squeeze that the Devonians managed to make a breakthrough in the 35th minute.

Beardmore’s quick thinking saw the winger nick possession from his opponents on the right flank, before he beat his marker and drew a foul on the angle. The winger himself took charge of the set-piece routine and drove a low effort out of the goalie’s reach and into the corner to hand his team the lead.

That goal drove the City team forward, and just five minutes later the away side grabbed themselves a second.

FGR looked to build from deep with their ‘keeper, however, his pass out was read by a clever play from O’Connor. The midfielder drove forward after securing possession, rode a couple of challenges from several trailing defenders before finishing emphatically to make it 2-0.

In the final moments of the first period, Rovers responded valiantly, but weren’t able to make the most of their bright play as time ran down and they went into the interval still two goals down.

Playing against the blustery conditions, Gribble’s players found things difficult after the restart, and they were pinned into their own defensive third as the home side enjoyed the bulk of the territory.

During a fruitful first quarter of an hour to the second half, Forest Green carved open some half-chances through crosses that came courtesy of some bright moments down the wings, but on 60 minutes, it was the Grecians who squandered the chance to net the match's third goal; A swift break led to Beardmore going through one-on-one with the goalkeeper, however, his shot just missed and it matters remained in the balance.

Exeter’s youngsters were made to rue that chance as just five minutes later their advantage was halved. A long ball from FGR held up in another strong gust, with the Devon outfit unable to clear their lines properly. That allowed one Rovers player to retain possession ahead of Toby Nevile, before he was brought down by his marker, leaving the referee little choice but to award a penalty. The 12-yard attempt was duly despatched, meaning a challenging last 25 minutes would be on its way for City.

The home team controlled most of the remaining minutes, and created some wonderful opportunities to level the scores.

Their first opening came from a corner, with the subsequent effort forcing Lee into a decent stop to keep his side ahead.

Moments later, the ball actually ended up in Lee’s net, and with Rovers wheeling away in celebration thinking they levelled, the officials adjudged that there was a foul in the build-up, resulting in the goal being chalked off.

Later on, Forest Green arguably conjured up their best opportunity when a neat move sent their forward through on goal with just Lee to beat. The visitors’ shot-stopper however more than matched his counterpart, and saved brilliantly to deny FGR to keep matters at 2-1.

Those Lee highlights proved vital and helped determine the final score as his saves ended up securing his side an important away victory. The three points have seen the Grecians go level on points with Plymouth Argyle U18s and AFC Bournemouth U18s, however, the Cherries have played one game fewer than the two Devon clubs.

Exeter City Under-18s Head Coach, Chad Gribble: “We are really pleased with the result, but disappointed with our performance. The weather did play a part in the game, as did the difficult pitch, but we have been quite good in those kinds of conditions this season. I just don’t think we did that well in them here.

“We probably played how we needed to in that first half, but there were times when we took too many touches, or there was a lack of quality in the final third from us, and we gave Forest Green the opportunity to get on top in that second half. But winning is a good habit to have, and Harry [Lee] has thankfully stood up and come to the rescue, at a time when we needed our big players to do that.

“Harry is a good goalkeeper and he made the difference here. I think he showed us the results of what those senior experiences have brought to his game because he performed in a really mature manner, and made three big saves which ultimately won us the points.

“The biggest thing we can take from this game is what the players can learn from it. There are areas that we need to fix before our next match, and you could tell the group were, despite winning the game, dissatisfied walking off the pitch. It is not often you see that when you win, but it is a good sign because they have high standards. Wednesday against Axminster Town we showed that, but not so much here. Maybe there was a bit of tiredness in their legs, but sometimes you just have to do enough to get the points, and that’s what the players did.

“We play Plymouth next, which is a Devon Derby, and we go into that level on points. People can sometimes downplay the pressure going into a game, but we won’t do that, and I’m excited to see how our players handle it. There aren’t many games to go, but I’m extremely looking forward to this one, and we shall see if our players can handle the occasion.” 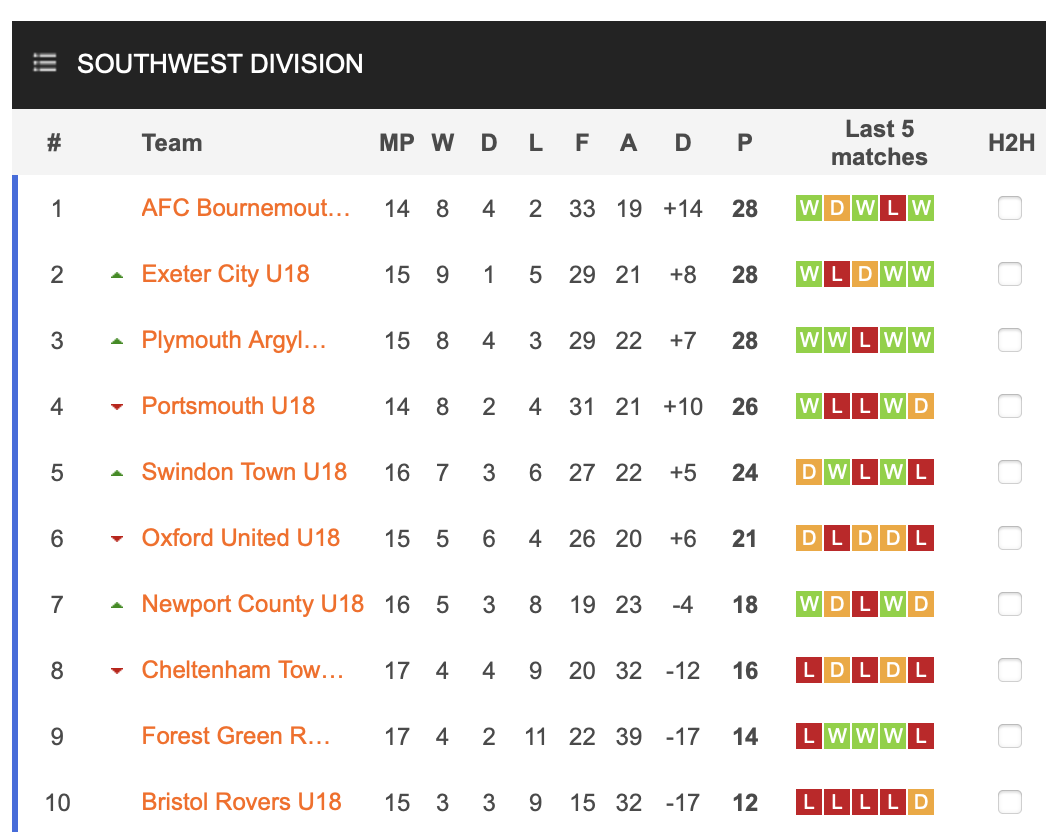