Exeter City Women head to Gloucestershire on Sunday afternoon, in more Cup action, as they look to book a place in the Semi Finals of the National League Cup Plate Competition.

The Grecians will face the current league leaders Cheltenham Town in what looks set to be an exciting afternoon of knockout football.

Town have enjoyed an exceptional season to date, with only two teams victorious over the Robinettes in regular time. After a start in which Tom Davies’ side claimed four points from the opening three games, Town have now won eight of their last nine league fixtures and sit in a commanding position at the summit. Despite the chasing pack having games in hand, they are eight points clear with only five of their League fixtures remaining. 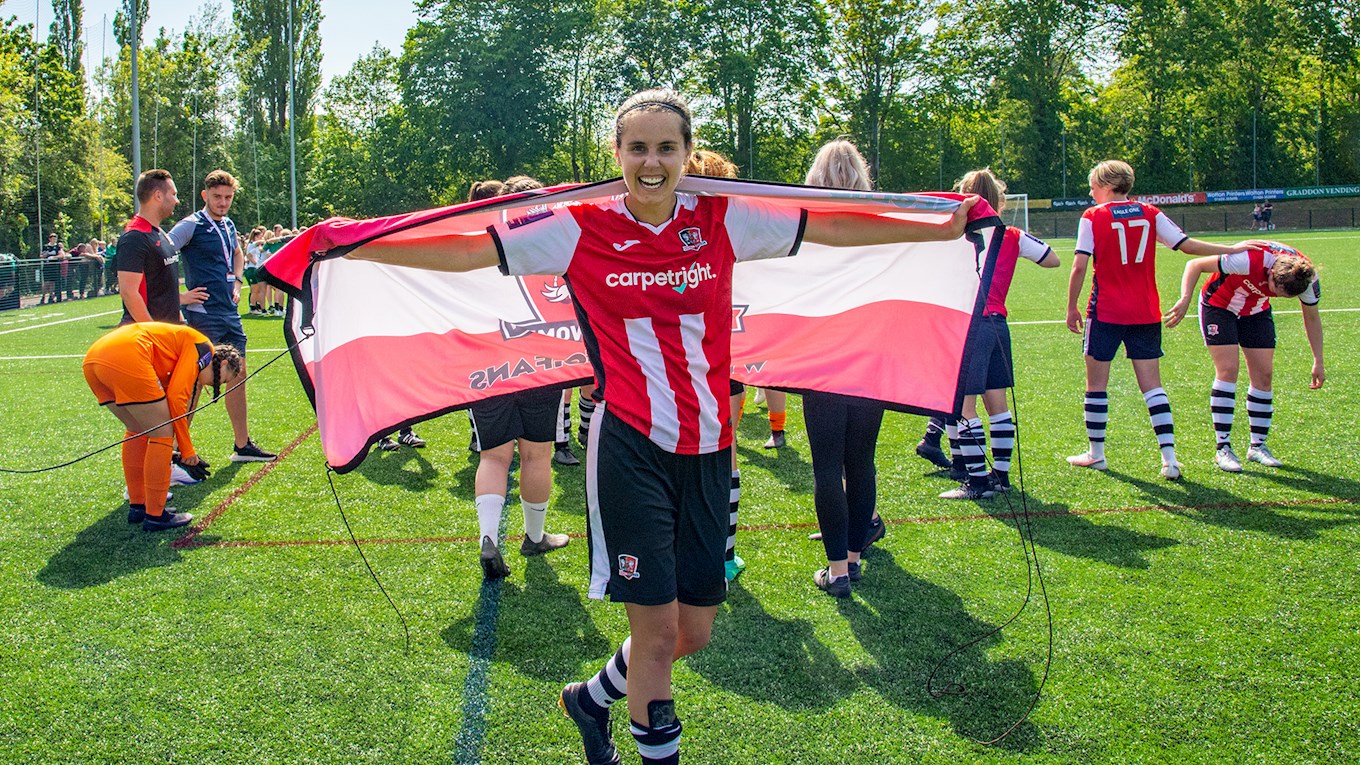 Hartpury student Lacy-Jai Liggett has been a sensation in her first season at National League Level, scoring eleven times and leading the Cheltenham goalscoring list. Jade Grove and Amy Wathan have helped provide assistance for Liggett, with eight and six goals respectively. Town, like City, have real strength in defensive areas, with only one goal conceded in their last five fixtures.

City reached the Quarter Final stage with a commanding home win over Keynsham Town, a Sarah Stacey hat trick the standout performance on that day, and a hard fought win at London Seaward in the last round. The Gloucestershire side have enjoyed two wins on the road, a 2-1 victory at Actonians before enjoying penalty shootout success at West Bromwich Albion in the previous round.

Abbie Britton and Aaron Wakley’s side will go into the game keen to progress to the semi final of a national competition, and also eager to see how the team fare against the current league leaders. With City not even halfway through their League fixtures as yet, the chance to catch up on the leading pack will be defined by how they compete against the top sides. A tight, combative game is historically served up by these two sides, but City will be hopeful of progressing in yet another Cup tie where they will start as the underdogs.