Exeter City are delighted to announce the signing of 19-year-old midfielder Kegs Chauke on loan from Premier League side Southampton until the end of the season.

Kegs has been with the Grecians in pre-season as part of a training programme from his parent club, scoring the third goal in a friendly against Truro under the guise of ‘Trialist’ and has impressed Matt Taylor enough to earn a deal until the conclusion of the 2022/23 campaign.

Chauke – pronounced Chow-Kay – was born in Pretoria, South Africa and moved to the UK at a young age. His youth career started with Thatcham Town until 2017, when he was picked up by Southampton.

He made his professional debut for the Saints in an FA Cup victory over Shrewsbury Town in January 2021, and made eight appearances in the Papa John’s Trophy with their U21 side over three seasons.

In 2020 he was part of South Africa’s provisional squad for the Tokyo Olympics. 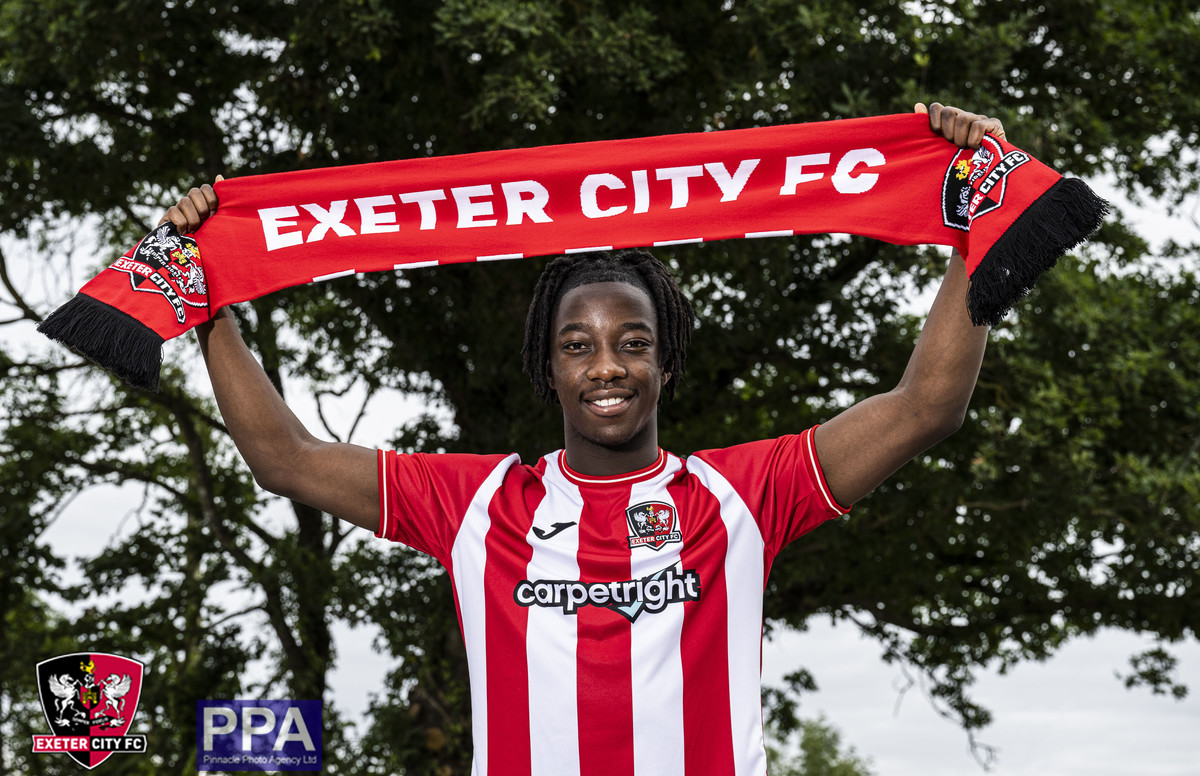 “He impressed us,” Matt Taylor said.

“Over the last few weeks it’s been a chance for us to look at Kegs and Kegs to look at us, and provide some valuable feedback to Southampton about him.

“Within this time he showed us what he can do and we are really grateful to Southampton for the circumstances in which they’ve allowed the deal to go through.

“We want to develop his game and get him hardened and game ready in terms of seniority, and we’ve seen enough from his playing side and his character to believe he will have an impact this season.”