Exeter City Manager Matt Taylor and Forward Jevani Brown are up for a pair of EFL Sky Bet League Two awards for February 2022.

Matt Taylor has been nominated for Sky Bet League Two manager of the month after an unbeaten February saw the Grecians pick up four straight wins and 13 points.

Matt is up against Gary Bowyer of Salford City, Graeme Lee of Hartlepool United and John Sheridan of Oldham Athletic.

Here is what the nomination said about Matt:

"Exeter’s drive and determination under Taylor saw them beat both Swindon and Harrogate despite trailing in the final 10 minutes. They also scored an injury-time winner against Orient. It all added up to 13 points from five unbeaten games." 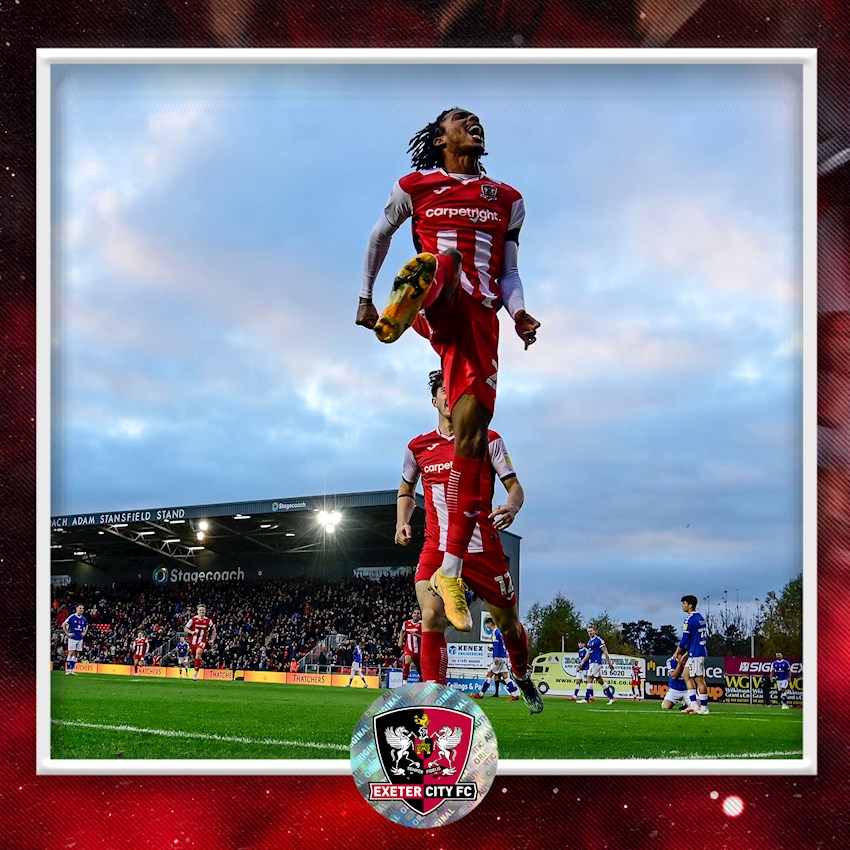 Jevani Brown has been nominated for Sky Bet League Two player of the month after a stellar February that saw him notch five goal involvements (3 goals and two assists).

Here is what the nomination said about Jevani:

Three goals and two assists in five games for the creative striker who is always looking to see what might be possible. A sumptuous strike at Swindon and a delightfully clipped assist at Bradford showcased his vision to perfection.

The winners of both awards will be announced on Friday.