Exeter City kick-off the new season at home to Cambridge United on Saturday.

The Grecians, who reached the League Two play-off final last season, will be looking to go one better this time around and have an almost fully-fit squad to choose from for the opening match.

Only summer signing Dean Moxey is a doubt having missed a few weeks of pre-season training. However, Tis is not ruling out the former Derby County and Crystal Palace defender, who has rejoined his hometown club, from playing a part.

“Most players will be fit for Saturday if not all of them,” said Tis. “Dean Moxey is probably the question mark. He has been in training this week but how soon I play him I don’t know. Maybe he will start as a sub, but everyone else is ready to go.”

City face a stern opening test in Cambridge United. They beat City twice last season and have strengthened considerably in the summer.

“I’m expecting a tough challenge,” said Tis. “They have got a very similar set-up and a manager who has been there from last season and understands his team and has been able to improve it where he wanted to.

The IP Office Stand is sold out for the match against Cambridge United, meaning there is only standing tickets available in the Thatchers Big Bank, the largest standing terrace in the football league, and famous for its atmosphere!

Tickets should still be available to purchase on the day, but the club is advising that supporters purchase tickets in advance. You can do this by the clicking on the following link.

A new look for the Grecian

The Grecian was voted fourth best programme in the country and second best in League Two for the 2016/17 season by Soccer Club Swap Shop.

However, not content with a fourth-placed finish, the programme has undergone a redesign. Make sure you pick up a copy of The Grecian for £3 for an in-depth interview with David Wheeler, a guide to the visitors and a talk with title winner Chris Vinnicombe on his first, best and worst moments in an Exeter City shirt. 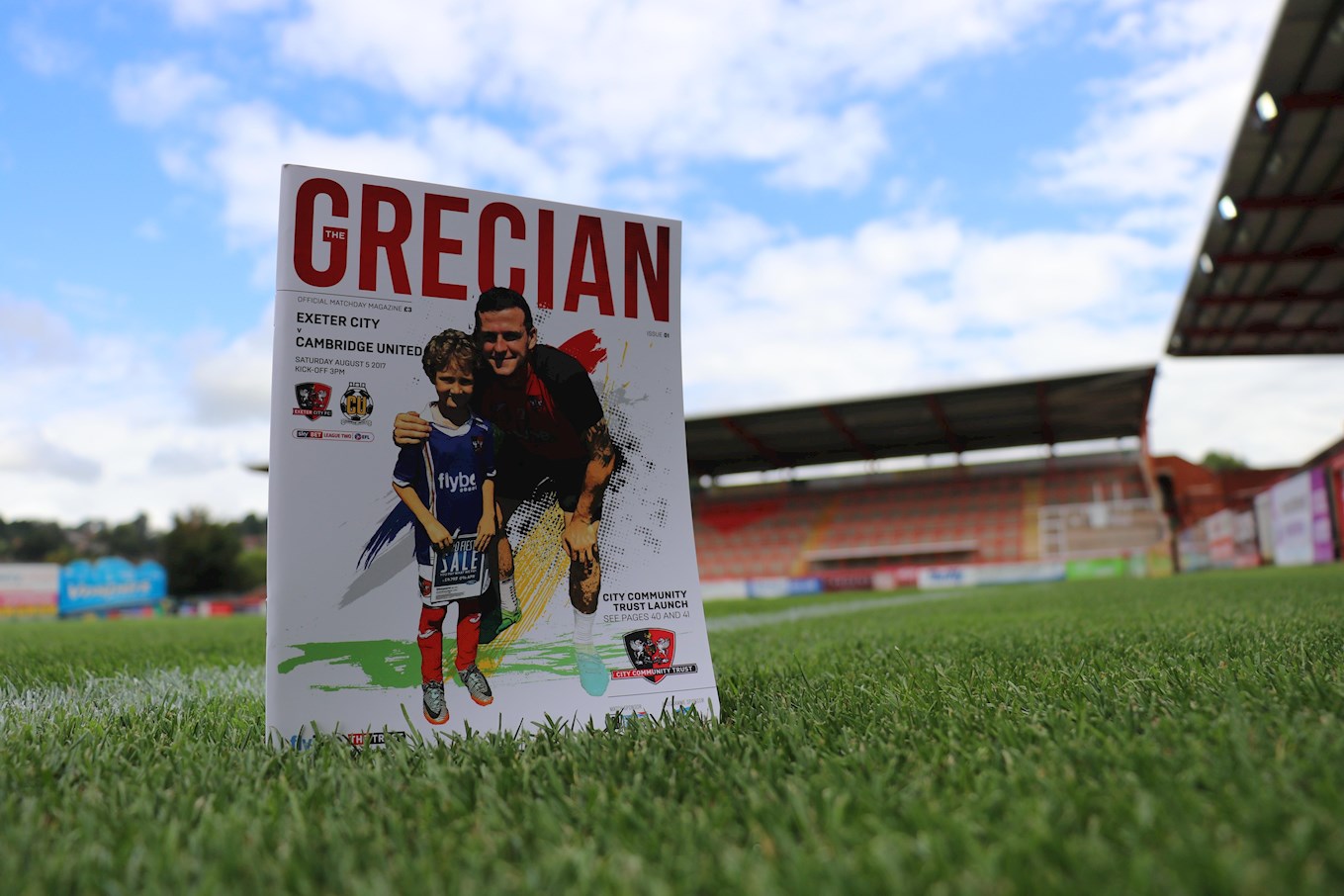 Exeter City’s Football in the Community charity has been relaunched as CITY Community Trust. The game of the season is being used to inform fans of this name change, with players warming up in CITY Community Trust t-shirts before the match and special double page spread in the programme being featured on the charity’s work.

For more information on the name change click on the following page.