The annual Exeter City awards were held at the Great Hall, Exeter University last night to celebrate the good and great of a successful season that is far from over.

An audience of 380, including players and their wives and partners, club staff and directors, key sponsors and supporters were in attendance at the Great Hall for a fantastic evening that highlighted standout moments, and performers from the 2017/18 season so far as the Grecians look ahead to the play-offs. 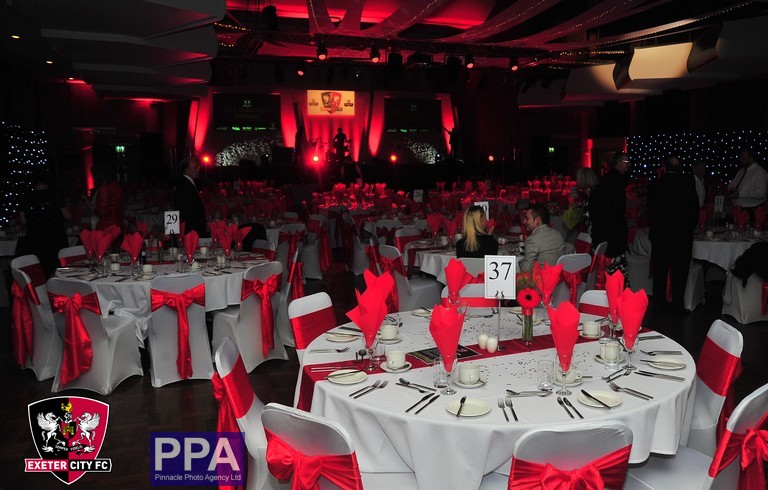 The event was kindly sponsored by St Austell Brewery, with Warwick Event Services the event partner.

On the night, City keeper, and one of our own Christy Pym picked up six awards including the prestigious accolade for Hawksmoor Investment Management fans’ player of the season award, in a campaign which has so far seen him keep 13 league clean sheets and earn high praise for a string of match-saving performances. 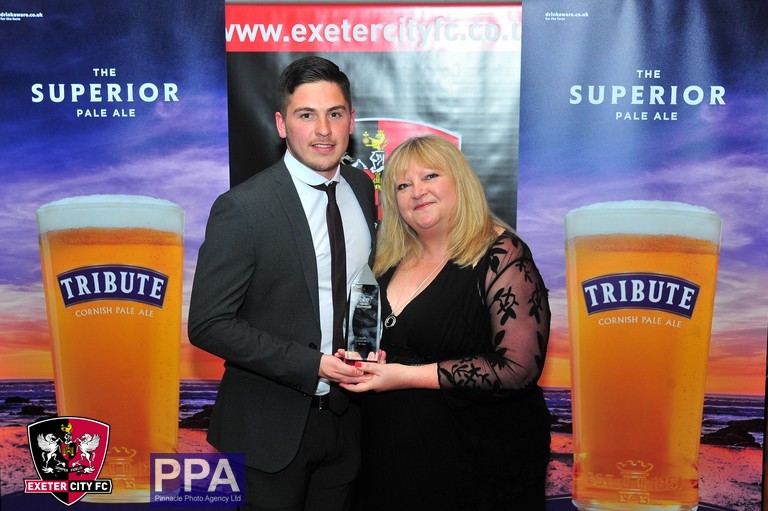 The fan-selected award for Vospers' goal of the season went to Jayden Stockley's 87th-minute strike against Swindon Town. Although Jayden got the finishing touch, the goal was a pure team effort, with almost all in red and white touching the ball before Pierce Sweeney's chip to Hiram Boateng in the area, which was cut back for Stockley to fire in. 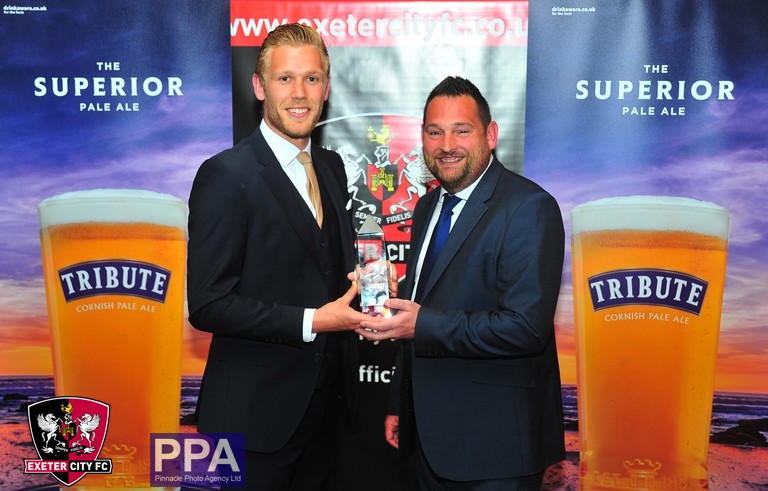 Jayden also picked up the golden boot after notching 24 strikes so far in his first season as a full-time Grecian, and the award for North Devon Grecians' player of the year.

The award for Exeter City Disabled Supporters Association's most improved player went to City defender Pierce Sweeney, in a season where the Irishman has put in consistent performances and added goals to his game. Pierce has scored nine so far in all competitions and become City's main penalty taker this season. 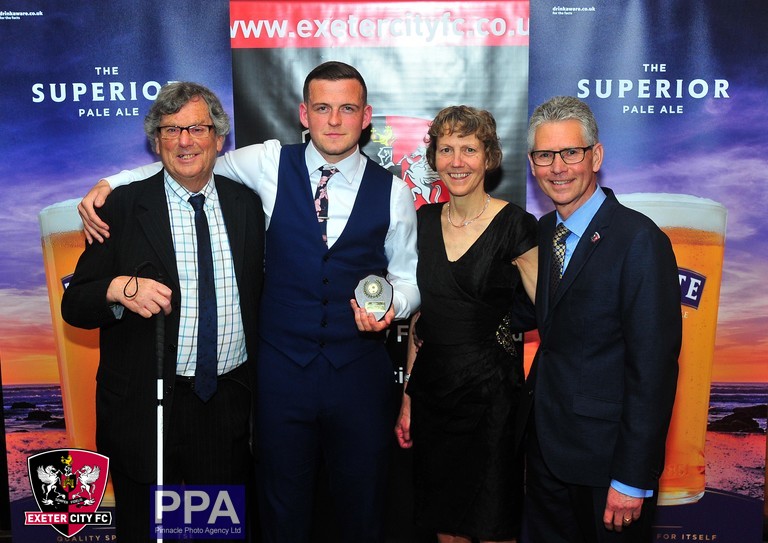 City-skipper Jordan Moore-Taylor scooped the award for CITY Community Trust's player in the community on the back of his work with kids in his local community. In a pre-recorded interview Jordan commented: "It's nice to give something back to the area that has done a lot for me.

"They come and support us week in week out, good or bad and it's great to give something back. It's something we enjoy doing." 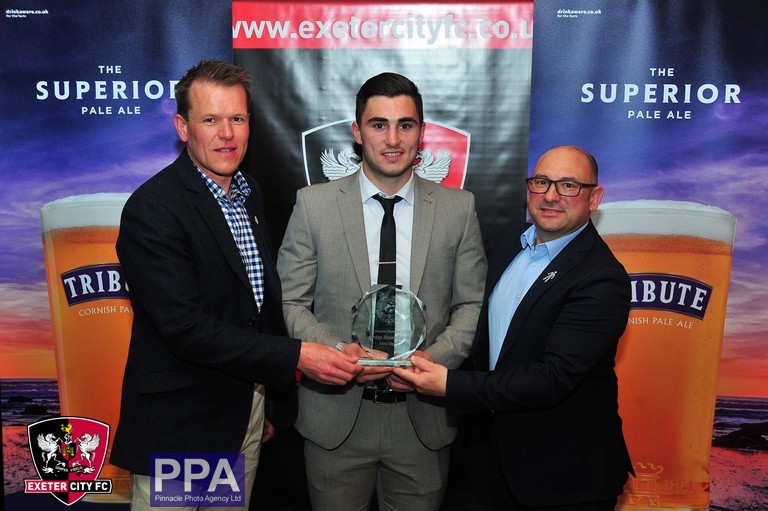 The award for Exeter City Supporters' Trust young player of the year went to midfielder Harry Kite, who has been with the Academy since under-8 level. Harry, 17, made his first-team debut this season against Yeovil Town in the Checkatrade Trophy this season. 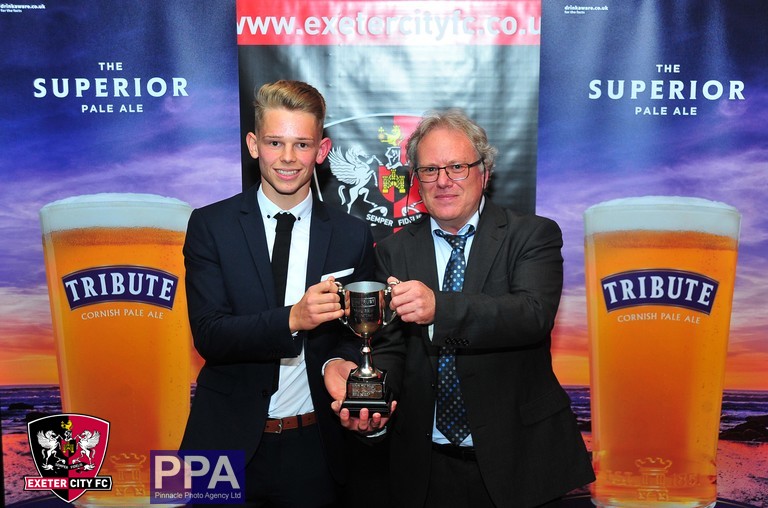 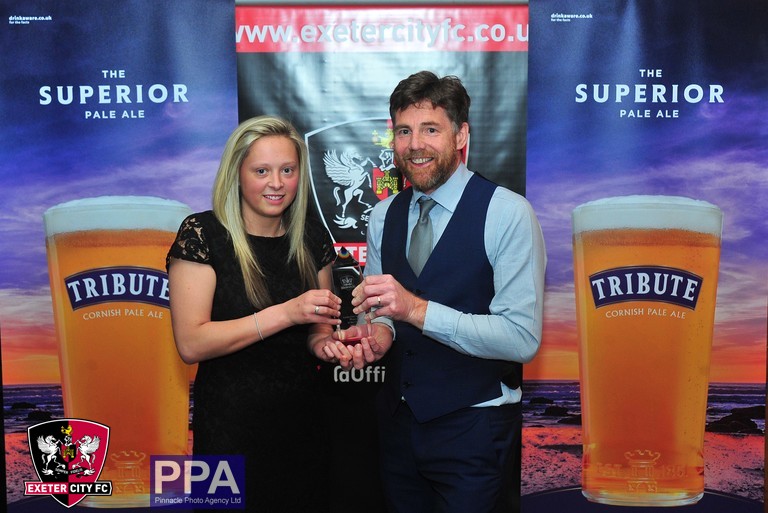 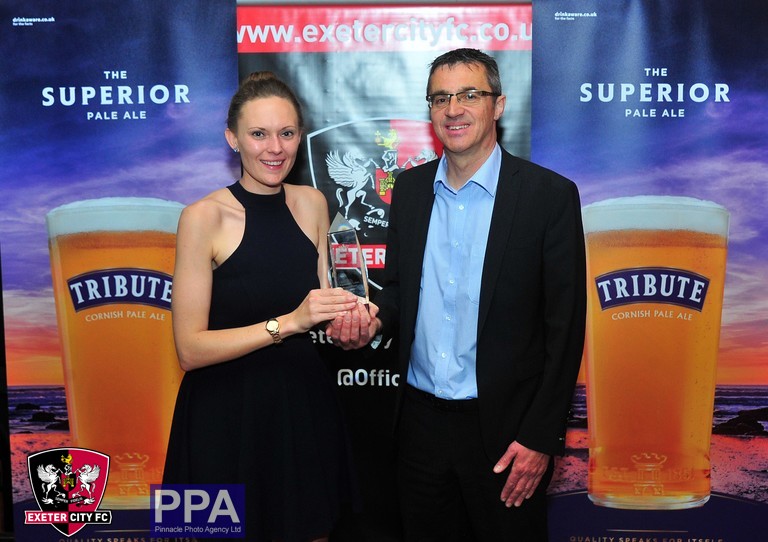 The Supporters' Club supporter of the year went to Sue Matthews. Sue has followed the Grecians all around the country, through thick and thin.

On the night, Phil Bater was presented with his well-earned award from the EFL for League Two supporter of the year. You can find out more about why Phil earned the award by clicking here.

The evening signed off with entertainment provided by live band New Heroes, who played a mixture of old classics and modern day hits.

The fans’ player of the season award will be presented to Christy Pym at City’s match against Colchester United on Saturday, May 5.