Jonathan Forte was delighted with his debut having scored in a 3-1 win over Carlisle United.

The striker, who joined City in the summer from Notts County, opened his account for his new club midway through the first half when he fired a Lee Holmes’ cutback into the roof of the net.

“It was great that I got the goal that I wanted and I could have got a few more to be fair, but it was a good debut.

“Lee Holmes is a great player so I always knew he could cut it back to me. I just held my ground and put it in the top corner.”

Jonathan’s goal put City into a two-goal lead after he had also set-up Nicky Law for the opening strike of the match.

However, it was not just the new signing’s partnership with Law that impressed. He also linked up well with Jayden Stockley up front. 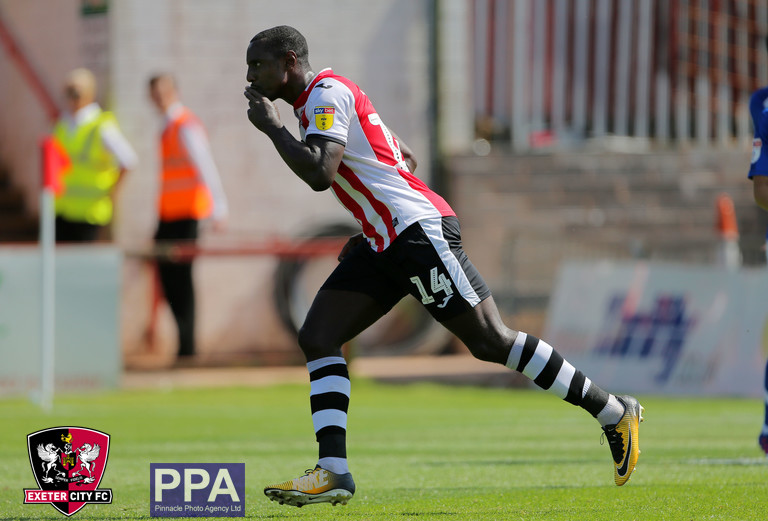 “Yes, he (Jayden) does the hard work and I try and get the rewards,” smiled Jonathan, who ran on to a lot of flick-ons from Stockley during the match.

“At the moment the partnership is working well so hopefully that continues," added Jonathan.

It was hard work for the players out in the heat and City had to defend well during the match after Richie Bennett headed Carlisle back into the game at 2-1. However, Tristan Abrahams made the game safe in stoppage time by firing home from inside the box.

“It was hard work, but it is the first game of the season and it is always hot,” said Jonathan. “We were trying to get to know the opposition as well because everyone has got a new team but we came up good.

“We had to defend well. Troy (Brown) and Aaron (Martin) were brilliant and the two full-backs as well. So credit to them also.”