After a great start to the season under new boss Matt Taylor, the Grecians now find themselves ten goals away from the landmark 1,000th goal under The Trust.

The 1,000th goal project has been set up as the Trust will more than likely be celebrating reaching 1,000 league goals under supporters ownership this coming season.

The tally now stands at 990 with Jayden Stockley's goal against Cambridge United. 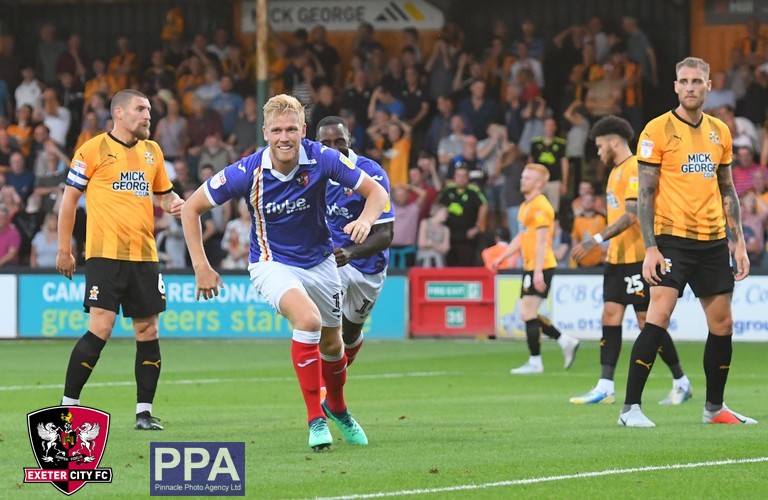 Tuesday night saw City run out 2-0 winners at the Abbey Stadium after two early goals put them in a commanding position. Jonathan Forte (goal 889) had put his side in front just eight minutes into the game before Jayden Stockley popped up with a second six minutes later.

Good work out on the left by Nicky Law and Lee Martin eventually found Craig Woodman, whose inch-perfect cross was met by Stockley in the area. Despite heading it staight into the hands of Dimitar Mitov, the keeper spilled the ball through his legs and into the back of the net and set the Grecians on their way to a third win in four league games.

Pictured above is Stockley peeling away in celebration, with Jonathan Forte and Lee Martin in tow. Photo courtesy of Pinnacle Photo Agency.

You can get involved...

We currently have sponsors for goals 991 to 994. If you want to find out how you can sponsor goals 995-1000 and what you get in return. Please email: scott.palfrey@ecfc.co.uk for more details.