A mobile front man with an extremely high work rate, he represented England at under-16, under-17 and under-18 levels, before committing to play internationally for Barbados, making two appearances in 2008.

An individual of vast experience, he came up through the ranks at his hometown club, Sheffield United, before enjoying spells with a range of other sides, including Doncaster Rovers, Scunthorpe United and Southampton. A proven goal scorer, he has played a central role in the Grecians’ early season form. 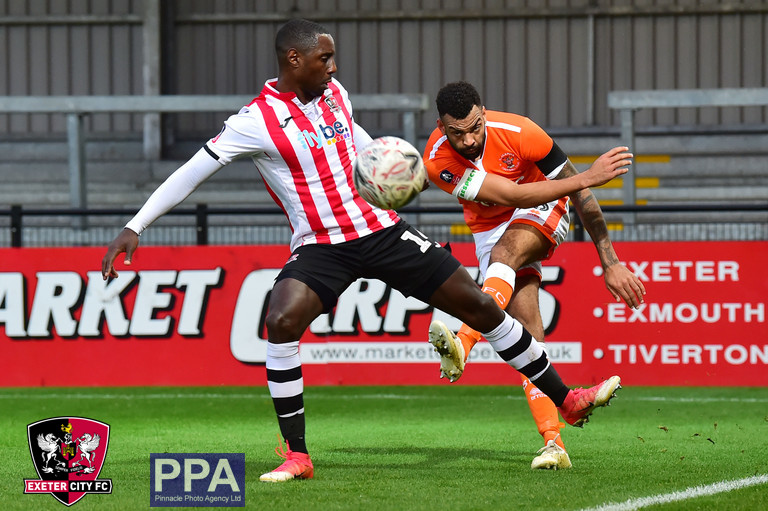 10 – Jonathan joined Exeter after an impressive season with Notts County, netting ten goals in thirty-eight appearances. Having helped to fire them into the Play-Offs, he scored the opening goal in the first leg of their Semi-Final against Coventry City. Unfortunately, however, it was not to be as the Sky Blues put in an inspired second leg performance to triumph 5-2 on aggregate, before dispatching the Grecians at Wembley.

2 – An instance success, Jonathan made his first Exeter appearance in a pre-season friendly away at Truro City. Having come on as a second-half substitute, he was the beneficiary of exquisite service from both Pierce Sweeney and Nicky Law, netting two fine finishes as the Grecians romped to a sterling 6-0 victory.

26 – Excitingly, he carried his good form over into the season proper, putting in a huge performance during the Grecian’s opening day victory over Carlisle United. Having already provided an assist to fellow debutant Nicky Law for City’s first, he opened his own account in the twenty-sixth minute, thrashing a Lee Holmes cutback into the roof of the net. 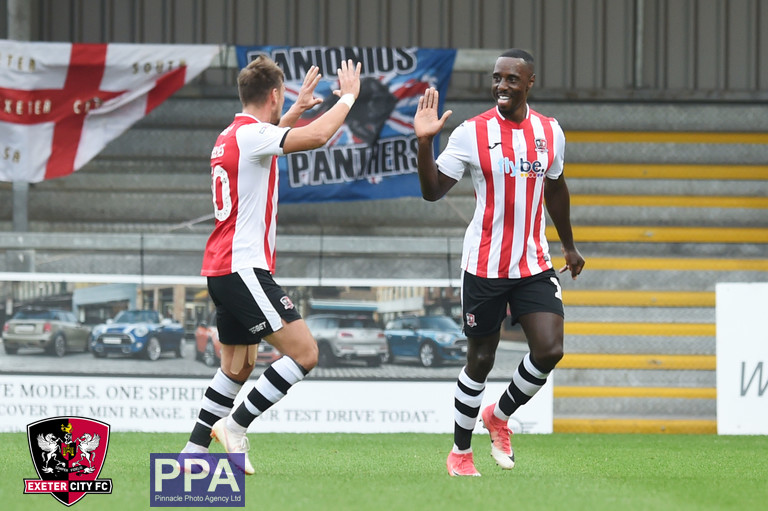 212 – Jonathan’s next goal came just a couple of weeks later, away at Cambridge United. With the fixture only eight minutes old, he took advantage of defensive confusion to slot the ball into the net with a neat left-footed volley. A Jayden Stockley header just six minutes later ensured that the Grecians could enjoy their 212-mile trip home with all three points in the bag.

28 – Unfortunately, Jonathan’s dream start to his City career was brought to an abrupt halt in the next fixture, when he hurt his hamstring away at MK Dons. A tough blow, his injury would keep him off the pitch for twenty-eight days. 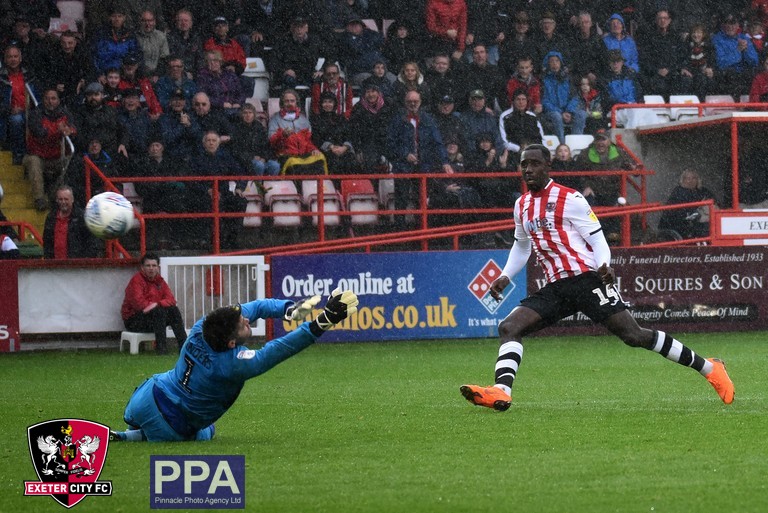 1000 – However, showcasing both his skill and professionalism, Jonathan netted City’s third on his return to the squad at home to Cheltenham Town. Whilst the goal, a superb solo effort, was worth celebrating on its own merits, it also marked a significant milestone in the club’s history, constituting the 1,000th goal scored by the Grecians since the Supporters’ Trust took ownership of the club in 2003.

6 – Although he has only made fourteen appearances for the club, Jonathan has enjoyed a scintillating start to life at St James Park, with his six goals and one assist putting him second only to the prolific Jayden Stockley in City’s goal scoring charts. A lethal partnership, it is the hope of Grecians everywhere that the two strikers can continue their good work, helping Exeter to go one better this time out.