Exeter City returned to winning ways on Tuesday night with a comprehensive 2-0 win against Bristol Rovers in the Checkatrade Trophy.

The Grecians had gone five games without victory in all competitions, including three successive defeats.

But Matt Taylor’s side can be buoyed by a much-needed win, as they return to league action at St James Park on Saturday against Northampton Town.

The visitors arrive in confident fashion also, after winning four of their previous five games and three league wins on the bounce.

Here’s everything you need to know about the League Two opponents:

Northampton were founded just before the turn of the 20th century, donning the nickname ‘The Cobblers’ due to the town’s affiliation with shoe-making.

The club are well-renowned in the Football League, competing throughout the bulk of the history, including every season since World War II.

The Cobblers’ most notable achievement is their Third Division title in the 1962/63 season. 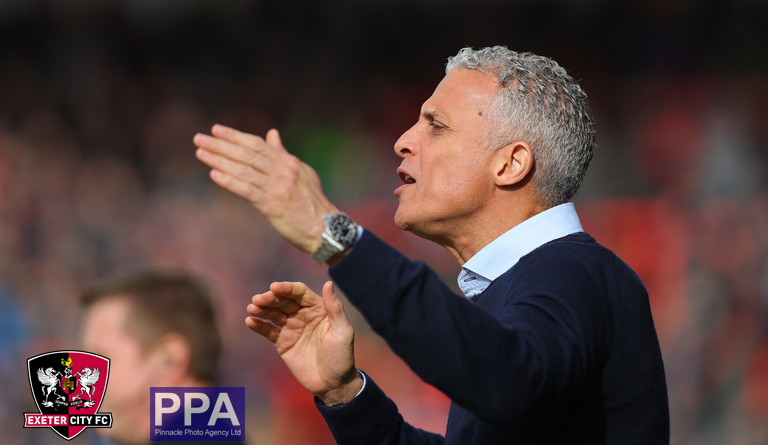 He hasn’t quite been able to replicate that same pedigree at managerial level, though did enjoy four years at Carlisle United, before leaving earlier in May.

Since taking charge at Northampton in October, Curle has led the club to a mini-renaissance by winning six of his ten games in charge so far.

Northampton made the move to Sixfields (now known as the PTS Academy Stadium) in 1994, having previously shared the County Ground with Northampton CCC since their inception in 1897.

The stadium is just shy of 8,000 seats, but reached full capacity in 2016, following the 3-1 defeat to Manchester United in the EFL Cup.

Midfield powerhouse Matt Crooks has proved a hit at Sixfields after joining from Rangers in June 2017. The uncompromising 6’4 midfielder not only provides steel in the engine room, but goals too. 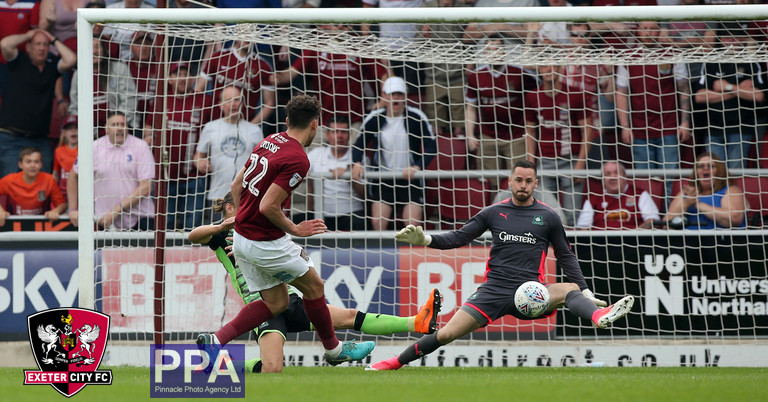 The Grecians will have to be wary of the threat he poses all over the pitch, with three of his five goals this season coming from outside the box.

The Cobblers are in their hottest vein of form so far this season after winning five from seven in all competitions.

Curle’s side have also alleviated relegation fears in recent weeks, with three successive league wins giving them breathing space from the chasing pack in 15th.

After spending 31 matchweek’s out of a possible 46 in the relegation zone, there was an air of inevitability that Northampton would return to League Two the following season.

The season got off to the most demoralising start conceivable, as the Cobblers lost their opening four league games and matters failed to improve elsewhere with early exits from the FA Cup and EFL Cup.

Come Christmas and Northampton were still looking down the barrel of the gun, before an upturn of form from January to March provided a slimmer of hope. Their work was undone April, as two wins from their last four games still failed to save them.

Despite the draw, Exeter were unable to halt a momentous occasion for Northampton Town who were crowned League Two champions.

The Grecians enjoyed the best chances with Jayden Stockley going close on multiple occasions, but it was not to be, as the hosts still kept up their promotion assault.

The would-be champions secured back-to-back wins at the start of the season, after dispatching of Exeter at Sixfields.

Jason Taylor, Ryan Cresswell and Marc Richards got the goals that condemned the Grecians to their first league defeat of the season.