Former Exeter City director of football Steve Perryman has released an autobiography - A Spur Forever, My Lily-white and Blue Life - which is now available to purchase in the club shop.

It is a story of hard work, respect and doing things to the best of your ability that follows Steve’s playing career from talented young footballer growing up in London to one of Tottenham’s greatest ever players.

As well as touching on his many stories at White Hart Lane, where Steve played with World Cup winners Ossie Ardiles and Ricky Villa, as well as legends of the game like Glenn Hoddle and Jimmy Greaves, the 305-page book has an extensive sections on his time in management with Brentford and Watford, in London, and Shumizu S-Pulse and Kashiwa Reysol, in Japan, before a chapter on his 17-years as director of football here at St James Park.

“The book is about my life, starting from about four or five years of age playing football with my brothers over the park and it goes right up until when I finished at Exeter City,” said Steve.

“It takes in my Tottenham career, my brief spell at Oxford United and then into management and coaching with Brentford and Watford and back to Tottenham and then a brief spell in Norway, before I went onto Japan and then back to England and Exeter City and living in Devon. So, it is a varied account on a football life. 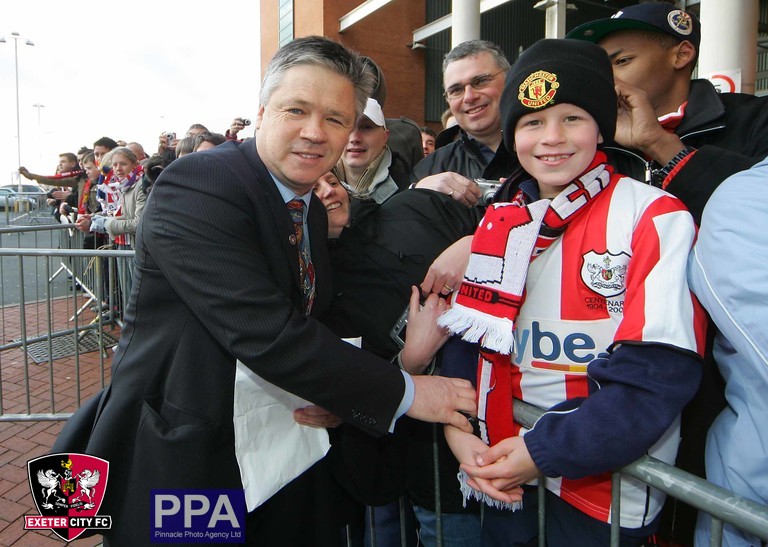 “There are some highs and lows like everybody else’s football career. The highs of winning trophies and all of that and then some lows of relegation and you can imagine the stress of that when you are captain of a team that is as famous as Tottenham Hotspur. So, there was some pressure with that. However, it is mostly good times and I am proud enough to say that.”

Steve, who helped managers Noel Blake, Eamonn Dolan, Alex Inglethorpe and Paul Tisdale during his time at St James Park, is of course best known for being Tottenham Hotspur’s captain and record appearance holder, who won two FA Cups, two League Cups and two UEFA Cups with the White Hart Lane club. So, the book, is a must-read for any Spurs supporters living in the area who also, like Steve, has a strong connection with the Grecians.

However, for City fans it is also offers fascinating insight to his time at St James Park.

From confrontations with the FA disciplinary panel, to get City off a fine, to long chats with Eamonn Dolan on all aspects of football during his early days at the club. Then there are stories from that memorable FA Cup tie with Manchester United and his days working with Paul Tisdale as our club regained its Football League status and achieved back-to-back promotion to League One.

Steve is very proud of his work at Exeter City, which in the initial years went unpaid, and that comes across well in the final chapter of his book.

“I am proud to have been part of Exeter City’s rise from the depths of where they were to where they are today,” he said. “It is like when you build a house, the structure better be right and the foundations have got to be right and I was my own small part, with others of course, in making sure those foundations were right.”

“A lot of people couldn’t understand why I joined Exeter City, but first it was to help them stay up,” added Steve. 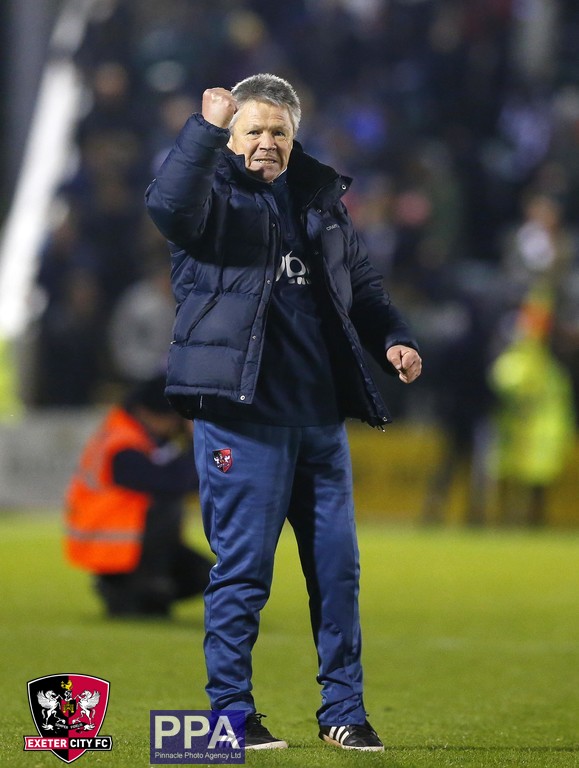 “Then it was because I moved back to Devon, having returned to Japan, and I decided to help again because Eamonn (Dolan) was now the manager and he said he’d only take the job if I helped him. “However, the overriding factor was that Joe Gadston said to me ‘we can produce players here’ and I think he has been proved right.

“It is a perfect place for that. The facilities were not always the best because for a number of years the ground was too hard in the summer and too wet in the winter, but we just worked through it.

“I know what a helping hand and guidance from senior people does for you. I am particularly proud of that and proud of the club in how they have carried on that in terms of the way they do things.”

Steve’s book – A Spur Forever, My Lilywhite and Blue Life – is available available to purchase in the club shop priced £25. You can view the book here.