Exeter City midfielder Nicky Law will be taking the reins for Exeter City in the upcoming EFL Football Manager Cup.

Fifty four Clubs from across the EFL, each represented by a virtual manager, will face off in a straight knockout competition with the final two teams left standing facing off in the showpiece final in mid-May.

The draw for Round One took place live on the FM Twitter on Sunday, with Ten teams will be given a first-round bye and go straight into the second round. 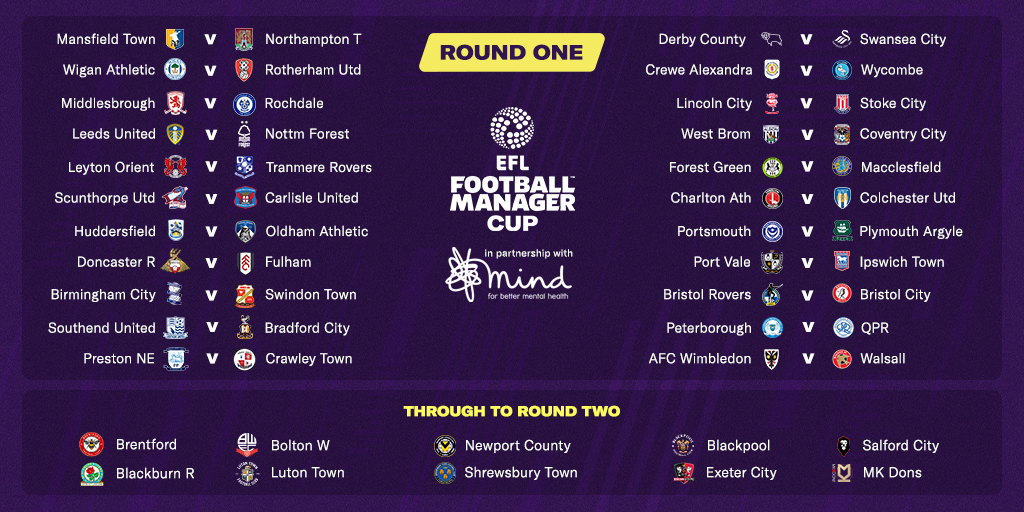 Nicky Law was one of the ten to recieve a bye and will have to wait until Monday April 27 to take part!

Nicky is well known amongst his teammates as being one of the best at the club on Football Manager (alongside Lee Martin).

Speaking about taking over City for the tournament Nicky said: "I'm really looking forward to managing City. Hopefully I will bring a winning mentality to the club and win the trophy!

"I've been playing Football Manager since it changed from Championship Manager and pass those long journeys around the countries on away days on the game.

"I'll be a player manager but will happily drop myself if I'm not performing. I'd say i'm more of a tracksuit manager.

"My greatest achievements so far I would say are Champions league wins with N.E.C and Heerenveen and having stadiums named after me at both clubs. 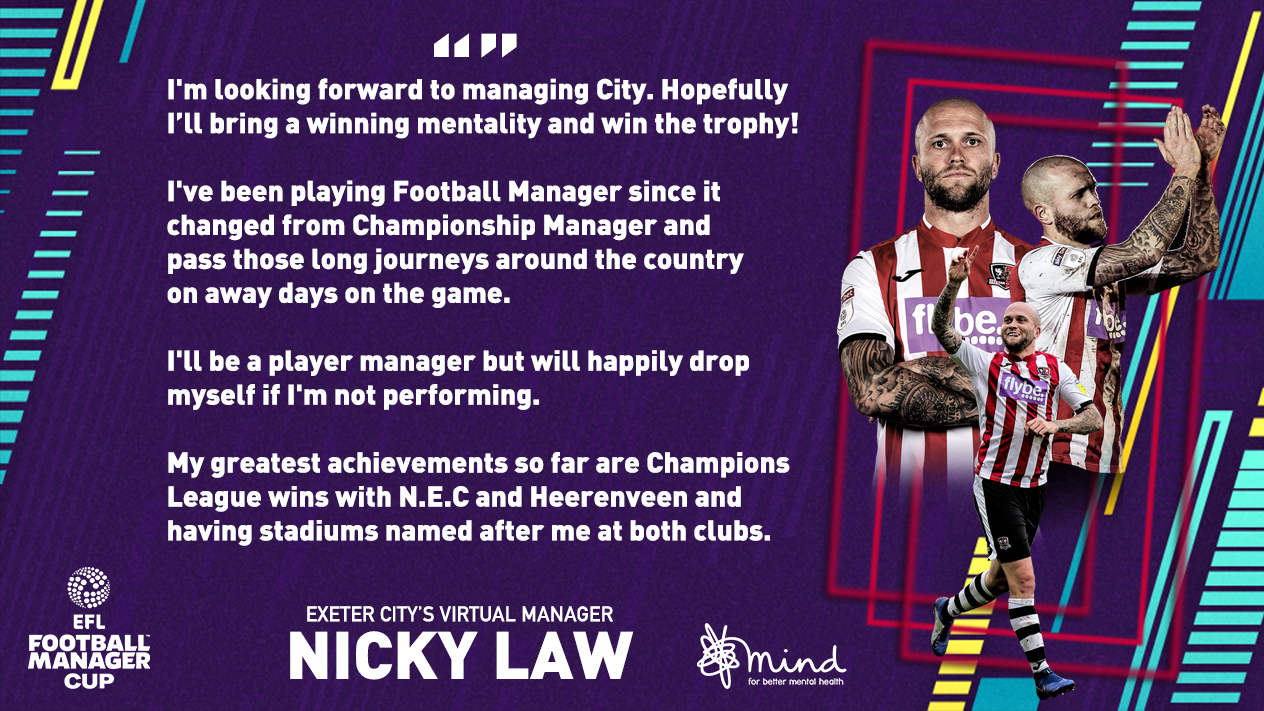 After each round is completed, we’ll be uploading highlights onto the FM YouTube channel for you to catch up on all of the action and there will be a full written round-up on the FM website.

As well as supporting your team during the tournament, you can also show your support for the EFL’s charity partner, Mind, the mental health charity. In these tough times their services are needed more than ever so while you’re being entertained by the action, please consider donating here.

THE TEAMS AND THEIR MANAGERS

Fity four teams across the EFL’s three divisions compete in a knockout tournament with the aim to crown one club as the EFL Football Manager Cup winner.

Due to there being 54 teams taking part, 10 teams will be given a bye into Round Two. This will be determined by random during the first round draw and has been implemented to ensure 32 teams take part in Round Two.