Exeter City will travel to Grimsby Town with ‘confidence’ on Saturday following a run of one defeat in 16 games.

That is the view of manager Matt Taylor, who says the players will ‘back themselves’ to get a positive result at Blundell Park against Grimsby, who have also hit form under new manager Ian Holloway in recent weeks.

“We are in good form,” he said. “We have been consistent of late. We want to keep that consistency going and we want to keep on picking up points. We know, it is going to be difficult it always is when you go away from home, let alone to a team that are on the up under a new manager. They’ll be a real good feel factor about the Grimsby this weekend, but we have got to back our players, we have got to back our supporters – who are going to make the long journey up there. Hopefully they are going to be a good voice and hopefully we can repay them with a performance.”

Grimsby Town, who beat Exeter City 3-1 at St James Park earlier this season to inflict the only home defeat they have suffered in the campaign, will prove a strong test though. They have won two and drawn three of their last five games with a new manager Ian Holloway coming in and lifting the spirits and the performance of the players following a poor run of form over October, November and December. So, is it now much more of a difficult task than it would have been a month ago?

“Possibly, but we have not had the greatest of record in recent times against Grimsby,” said Matt. “They beat us earlier on in the season in a frustrating game and they beat us over the Christmas period last season in an even more frustrating game. However, it is a game we are looking to take some points from. Obviously, Ian Holloway has gone in there and is starting to shape the team and the club the way he wants it and he will certainly have an influence, but we go there in good form. I don’t think there is anybody at our level in the form guide. It is a game we are looking forward to.”

City also have the best record in all four English divisions for clean sheets, with 13 in the league this season. However, Matt reiterated that there is still room for improvement.

“It has been an interesting season because we have kept a lot of clean sheets, but also when we have conceded every now and then we have conceded too many in quick succession,” he said.  “Defensively, I feel, we have been pretty strong but not quite as strong as I would have liked at certain times, certainly when we concede that first goal. So, there is areas for improvement. 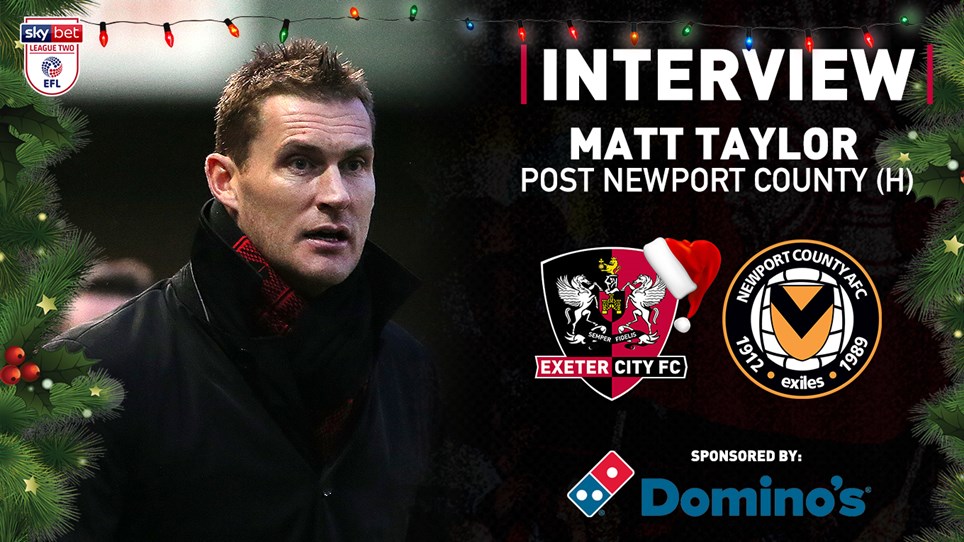