Former Exeter City striker Jonathan Forte touched on his time with the club in an interview with marketing manager Scott Palfrey.

The striker had to retire at the age of 33 because of a serious knee injury. In halted his progress two-thirds of the way through a good season at St James Park where Jonathan had quickly become a fans' favourite with his energetic and dynamic performances up front.

“I got a lot of message of support, phone calls and texts wishing me all the best,” said Jonno, about the announcement of his retirement.  “That was really nice.” 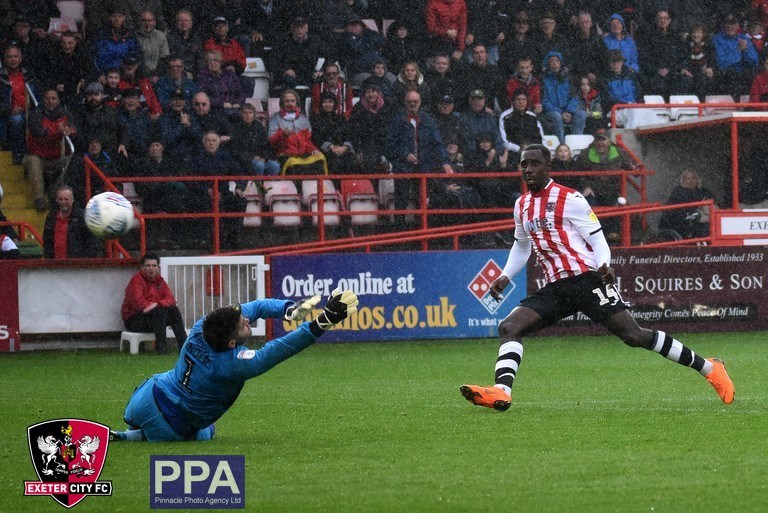 The striker, who started of his career with his boyhood club Sheffield United, admitted the injury had been with him for a while but such was the severity of it come the end of his career it has left him not being able to run – something his game was renowned for.

“I can’t remember the last time I sprinted,” he said. “It was an injury that had been me with a while. It started when I was 17, I had some cartilage taken out. It was all fine then but then I went to Oldham when I was 27 and it started flaring up a bit. So, I had another operation and then five years later it had done too much damage. I am gutted but it is just the way it is.

“I can’t go out running. The majority of my exercise now is on the bike because it is less impact. I have tried to do certain things to help it out but, at the end of the day, I will probably need a knee replacement before I am 50.”

Speaking about his retirement, he added: “It came two years too soon. I was preparing to retire when I was 35. It is a bit disappointing, but I think I have had a decent enough career, so I am happy.”

Listen to the full interview with Jonathan Forte below.