Exeter City are delighted to announce the signing of Newport County winger Robbie Willmott on loan until the end of the season.

The 30-year-old links up with Matt Taylor's squad ahead of tomorrow's trip to Stevenage and will be available for selection at the Lamex Stadium.

Robbie has played over 200 times in two separate spells in South Wales and has been a part of their side that has played Tottenham Hotspur, Manchester City and Leicester City in their memorable FA Cup runs of 2017/18 and 2018/19. He was also part of the Exiles' side that were promoted to the Football League in 2015 after a 2-0 win over Wrexham at Wembley Stadium.

The Essex native also played over 100 times for Cambridge United in the Conference and just over a half century for Luton Town.

Robbie operates primarily as a winger but can also play centrally as an attacking midfielder or as a wing back. 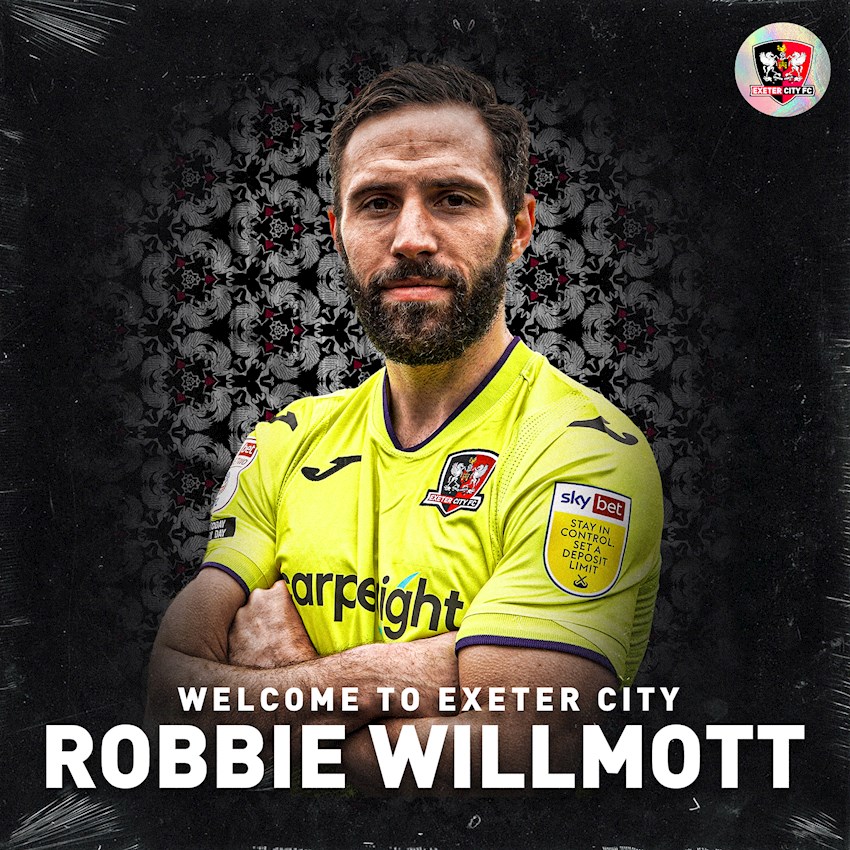 Manager Matt Taylor said: "Robbie has a wealth of League Two experience, is body-hardened and is someone who is ready to come in and affect the team.

"His delivery is excellent and he'll have a real impact higher up the pitch on the back of Randell Williams' injury. We needed more cover in the wide areas and he can give us that extra optiom. He suits the ethos of the club.

"You get offered a lot of young players at this time of year but Robbie has been here time and time before and knows how to manage himself during a busy fixture schedule. This deal came to us late but suited all parties."

Robbie will wear the number 16 shirt.